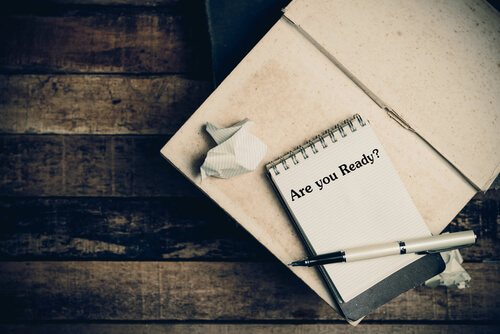 If you’re in the industry, it’s not difficult to find examples of the good, the bad, and the ugly.

It’s certainly easy to get on the bandwagon of some <insert adjective> response from a company or high-level executive who said or did something ludicrous during a crisis.

It’s also very easy to see something pass your newsfeed and get riled up immediately, without taking into account the full story.

Which is exactly what happened last Wednesday night when a girlfriend and I had a conversation on Facebook messenger about, well, this… 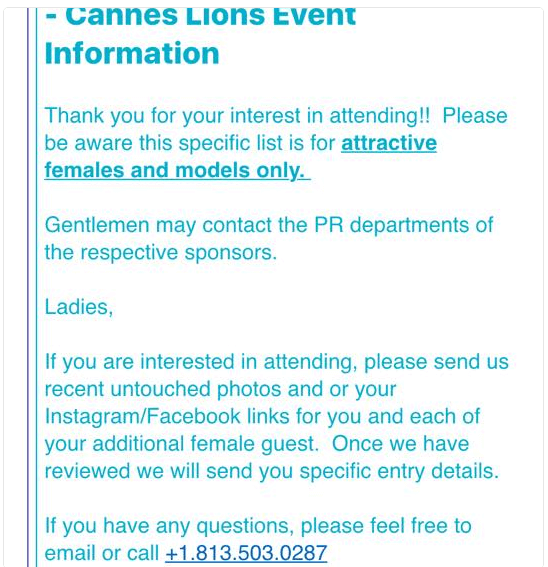 If you send recent, untouched photos or your social media links to this person, you might get an invitation to the Cannes Lions event.

It’s only for attractive females and models.

And most certainly not for men. They can get in only by working their networks among the respective sponsors.

But that’s not even the worst part.

The worst part is it was an event for none other than Vayner Media and Thrillest…both well-respected companies with leaders who get it.

I was ready to vilify the two companies.

My friend and I were both completely dumbstruck that not only people think this way, but that it came from one of the most respected men in online media.

But I let it sit a few days to see how the executives from both companies would respond and, as it turns out, they provided a great case study in how to handle crisis communications.

Well, that and not treating women like pieces of meat.

The email was sent by iGetIn who apparently was hired to run promotions of the event on behalf of the two companies.

From the looks of it, the company was not vetted ahead of time.

This email was neither sent to the hosts nor approved by them for distribution.

The company that was hired by the two companies outsourced the promotion efforts…a six degrees (or three?) of separation of sorts.

iGetIn acted on their own, but even so, Vayner and Thrillest caught some serious flack (as they should).

Gary Vaynerchuck, who is no slouch when it comes to this stuff, immediately responded via video to Cindy Gallop, who first tweeted about the invitation.

He then went on record with several publications and told Campaign Live:

It’s a ludicrous thing to think that’s something I’d be excited about or want us to be associated with, but at the end of the day, when you’re the CEO of a company, it’s your ***** fault.

At the same time, Ben Lerer—the CEO of Thrillest—sent an internal email, as told to AdWeek:

Just wanted to send a quick note around explaining the situation and our response. To produce an event of this scale in a foreign country, we needed to hire a bunch of vendors to help in different capacities. One of these companies was a production group we’ve worked with multiple times in the past in the U.S. This company then went on to hire several other companies to help with various aspects of the event. No one at Thrillist (or Vayner for that matter) knew anything about what this vendor was doing and we are clearly appalled by it.

Here are four crisis communications lessons from their actions:

The only thing I think either executive did wrong was Lerer getting defensive, as I mentioned above, and Gary Vee said this is typical of the club scene (which I think it probably is—I’ve certainly not had to stand in lines at clubs and have received VIP treatment).

But I didn’t love his comment on it and, were I his counsel, I would have admonished him for saying:

I think club promoters roll like this—the end. I’ve gotten 500 emails like this in my life — it’s not advertising, it’s the world.

But the way it was handled by the two executives provides a great case study in crisis communications done well.