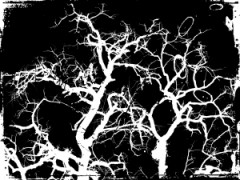 Design has crept into my life. But I’m not a designer.

In fact, on a semi-regular basis I find myself asking an actual designer for something, and immediately follow up with “Never mind. That’s a bad idea.”

That’s how Not a Designer I truly am.

That said, there’s just something about creating curves and lines and maps and shapes that intrigues me, whether it’s architecture, graphics, or even industrial (have you ever considered how strangely elegant a hammer is in both form and function?).

Fortunately, I have no problem connecting to, and appreciating, talented creators. I think it’s because what the best do is create beautiful, intuitive structure…and that stuff fascinates me.

As a marketing and operations guy my bread and butter is not “how do I add more process and SOPs/workflow” but instead “how do I remove barriers to collaboration and let people create and communicate simple, intelligent things?”

A few months into my current job, we brought Damian and Alexis on board. The three of us sync’d right away, and when they presented the first draft of a site redesign, I instantly saw where they were going.

But Damian also said something that stuck with me:

“A designer’s responsibility is to get you to ask questions about everything, and if s/he can’t answer then it becomes instantly clear what needs more work.”

What I love about that approach is that it reinforces two things:

Up until meeting Damian and Alexis I’d always appreciated creators and respected their work, but I didn’t really relate to it personally. What changed was that they communicated, clearly and beautifully, what they needed from the rest of the team to do their jobs well.

There’s a deeper thread, though: Amazing design is not just useful, it’s also instructive for the rest of us.

Before this year I’d learned about design, but it hadn’t occurred to me I could also learn about managing a project, structuring a team, or communicating.

In fact, it’s even forced me to think differently about the core product I work on. Because we’re an on-demand marketplace for infographics, it’s easy to backtrack into the trap of thinking we are automating a product or process. After watching our team collaborate a couple of months ago I re-focused on scaling/automating the experience of awesomeness.

That’s something you could only learn from a designer.

Joe Cardillo is a product/ops guy turned marketer and digital evangelist for San Francisco based design marketplace Visually. He digs writing, journalism, media, PR, design, rocanroll, startups, anything science-y, and thinking about how to become a better human.

View all posts by Joe Cardillo