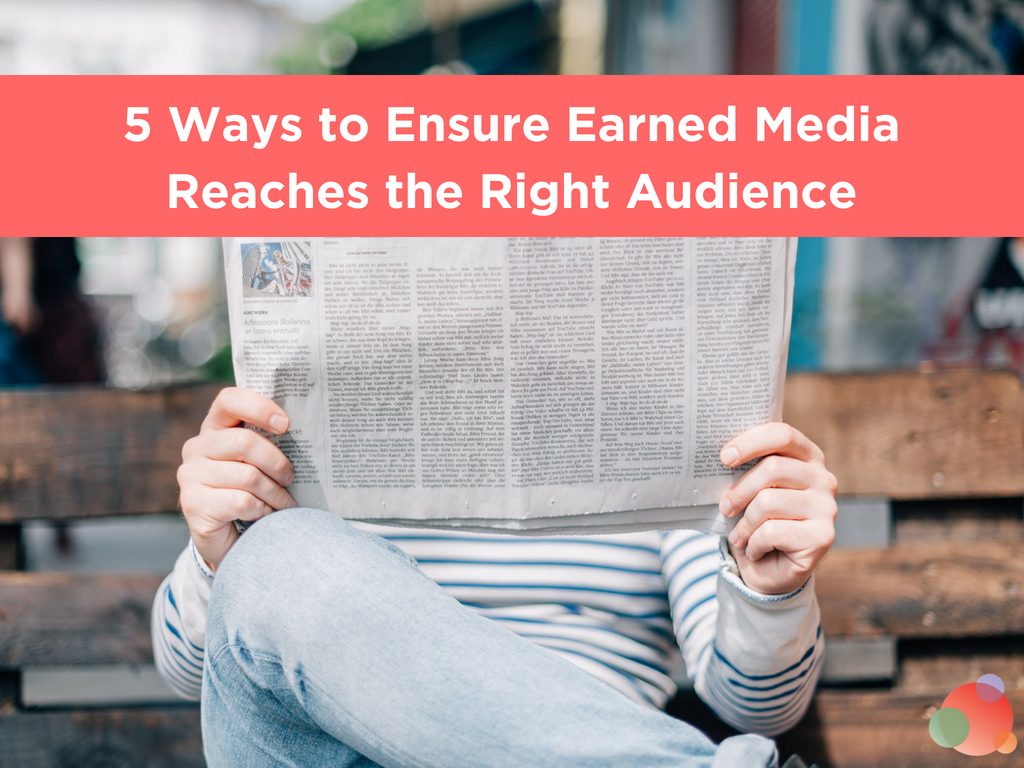 In a day and age where the general public is so skeptical of marketing, spin, and media bias, scoring trustworthy shout-outs and media mentions is a massive feather in your cap.

The operative word is trustworthy.

But if you can garner those elusive placements, earned media remains more powerful than ever for brands.

The results and wins you can achieve with those quality media hits will result in many benefits.

But one glaring hurdle remains for companies trying to squeeze the most out of their earned media mentions: control.

Specifically, a lack of control when it comes to brand messaging and who sees those precious mentions.

The Art of Targeting Earned Mentions

Sure, positive traffic or social shares might be a nice bonus of earned media.

But are those interactions resulting in sales and concrete results? Buzz? Meaningful relationships for your business?

Unless those mentions are getting in front of the right people, the answer may very well be a resounding “no.”

In other words, the ROI of your earned media mentions remains up in the air if you don’t have a refined strategy.

Sometimes, it takes several months of experimenting and measuring until you find the storylines, publications, sections, and contributors which best serve your business.

And even though you may land some seemingly amazing coverage, it’s shocking to learn it hardly moves the needle.

Brands aren’t totally powerless to shift the attention toward their ideal audience members.

Below are five tactics which do exactly that, ensuring you’ll maximize the reach of your earned media and get it in front of relevant readers.

The established presence of thought leaders on Twitter is well-documented, especially when it comes to marketers and journalists.

And while there’s certainly a time and place to leverage relationships via LinkedIn and Facebook (we’ll touch on that later), Twitter’s ad platform isn’t one to overlook.

Consider how often you see thought leaders recycling relevant tweets and pieces of content in their feeds.

If you can get in on that circulation, you may be able to engineer a sort of snowball effect, exponentially driving more eyes to your content on a day-to-day basis.

Of course, to reach the right audience, you’ll want specific influencers to see and share your stuff, right?

Twitter suggests inputting approximately 30 relevant usernames, including those who represent the biggest players in your industry.

Given how fast Twitter moves, a targeted campaign is arguably the best way to get your content in front of those same players.

And even if they don’t pick up and reshare your content just from seeing your promoted tweets, you’ll at least be on their radar. That makes it easier for you to make a real connection with manual outreach.

On a similar note, the decline of organic reach on Facebook is driving more and more brands to opt for their robust ad platform as well.

Instead of letting those posts linking to earned media get buried under the updated algorithm, try your hand at creating a Lookalike Audience based on your best customers.

This can be a highly effective way to zero in on relevant readers. 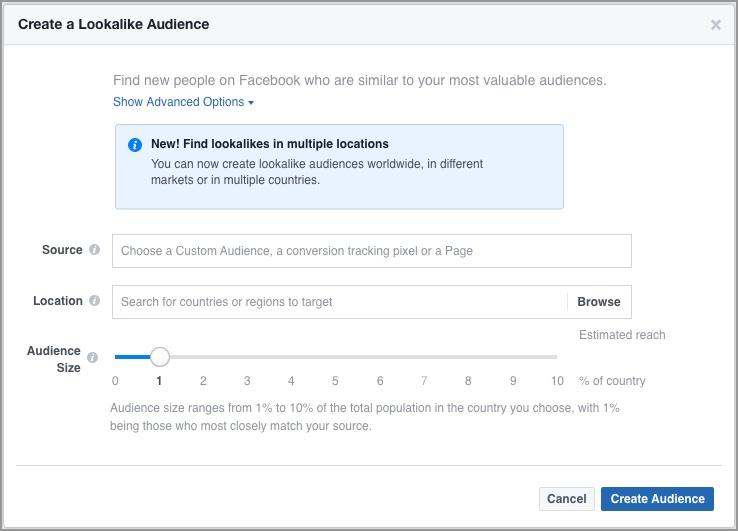 Start by running a few reports in your CRM, identifying the customers who have been with you the longest, who order frequently or who spend the most.

Then upload those contacts to Facebook as a Custom Audience and run a test lookalike campaign to see how effective it is.

If you’re worried about losing your audience once they click through to a third-party publication’s page, you can still track referrals to your site from the publication in Google Analytics.

And you can learn more about the people who were engaging with your ad in Facebook’s campaign reports.

Look at Analytics to Cross-reference Your Audience

Chances are you have a specific persona in mind for ideal customers or audience members.

But, how do you know if it’s these people who are reading earned media pieces about your brand or organization?

If your media hits have links to your site, you can learn a lot about people who click through.

While this won’t give you a complete picture of who sees the publicity, it will give you a hint about the types of people most intrigued by your mention. 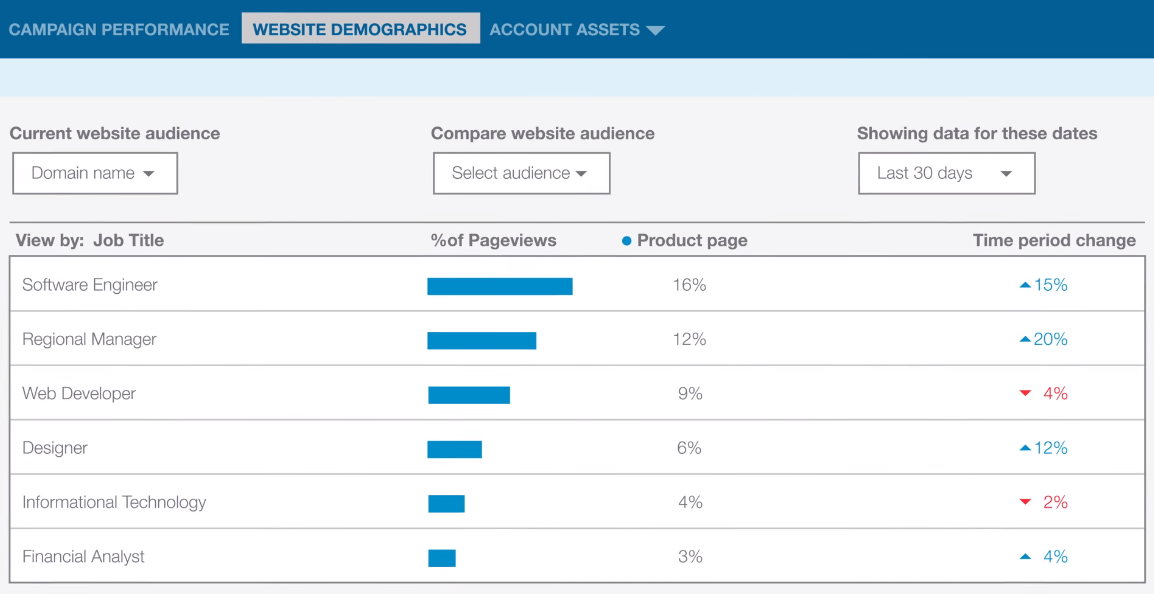 LinkedIn website demographics are particularly powerful, allowing you to see specific job titles based on industries you’re looking to dominate.

Reassessing these points may be major eye-openers when it’s time to run an ad on any given platform.

Use Intelligence Data to Find Candidates for Sales Outreach

Getting relevant sales prospects to see your media hits and visit your site is only half the battle.

The other half boils down to your sales team’s outreach strategy.

That strategy should include engaging with people showing significant interest in your solutions—granted, of course, that they’re qualified.

Through audience intelligence platforms, you don’t have to be totally in the dark about the people checking out your website.

This is where tools such as Leadfeeder are invaluable for highlighting your most qualified outreach targets.

You can create custom email alerts based on audience referrer data.

And the automated engine will assign lead scores based on the frequency and duration of their visits to your site. 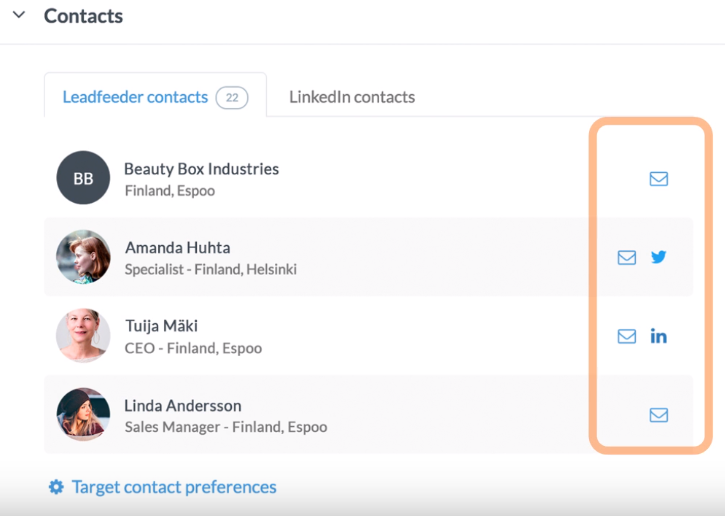 Where do they work? Or where did they work previously? And there are other various contact details.

Remember, using earned media to drive sales isn’t a matter of “if you build it, they will come.”

And whether it’s via email or social media, the best “cold” sales outreach campaigns always use intelligence data to ensure the earned audience is qualified.

Remarketing ads have proven incredibly effective and serve as yet another positive touchpoint between brand and relevant influencers.

Such campaigns also allow you to promote other media assets to those engaging with your content in the past.

But this begs the question: which form of remarketing reigns supreme?

The benefit of Google Analytics remarketing (as opposed to AdWords) is a more granular audience targeting.

More drilled down data and demographics are always a plus, which is what Analytics offers. 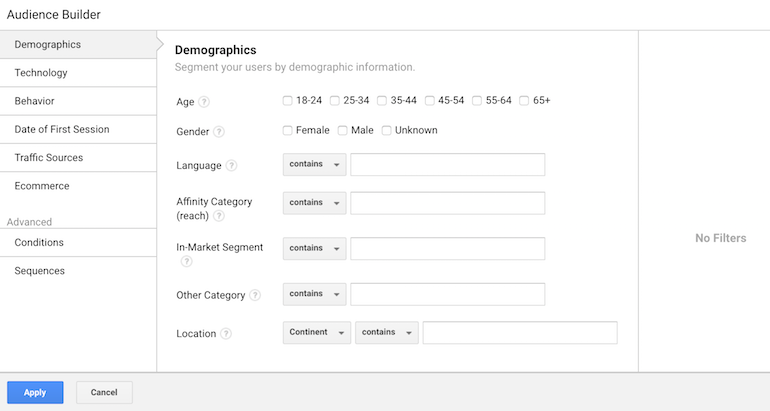 Facebook retargeting lists are likewise effective: choosing between one or the other ultimately boils down to where your target audience hangs out.

However, Facebook does offer one significant advantage, in that Google will only serve retargeting ads to those who have visited your site.

Whereas, the social giant lets you build retargeting audiences from people who have engaged with your brand on their platform – or anywhere you place their pixel.

Take Control of Earned Media Once and For All

These days earned media is the most trusted form of messaging in the eyes of your audience.

With so much data at our fingertips and platforms to help hone in on target audiences, ultimately who sees our earned media doesn’t have to be a game of chance.

And given how hard brands work to win such mentions, it’s all the more reason you can’t afford to let them go to waste.

Photo by Roman Kraft on UnsplashB

Birbahadur Singh Kathayat is a consultant for Lbswebsoft.com, an online marketer and entrepreneur. He has helped hundreds of online businesses boost their online sales and strengthen their online brand reputation.