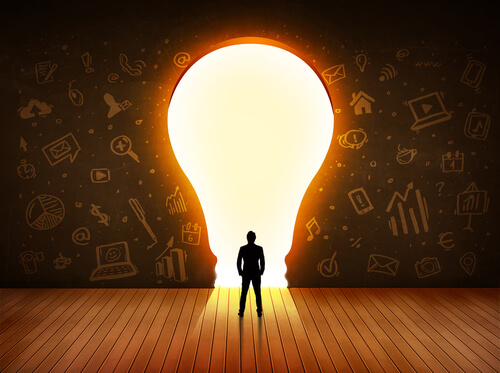 Many moons ago, there was a big online debate about ghost blogging: Should we do it or not?

I fall in the camp of yes for several reasons:

Heck, even I have a ghost writer. She always writes the first drafts and then I add my voice, make a few changes, and make sure it’s a thought I am completely behind.

She doesn’t write the Spin Sucks posts, but she does give me a first draft of nearly every guest blog post I contribute.

The big difference in our arrangement, however, is I spend time with the draft before it’s submitted.

And that’s not always the case.

What Is Executive Thought Leadership?

I’ve had an ongoing conversation with a friend on this exact topic for a few months now.

Just yesterday, she said to me:

Is it executive thought leadership when all the thoughts come from the writer who has never spoken to the leader whose name goes on it? When you don’t even get bullet points or a few notes to start? When the executive doesn’t review the content before it’s published?

You cannot be a thought leader if the thoughts are not your own.

And that is the difference.

What she’s talking about is content creation on behalf of an individual or organization…and I don’t see anything wrong with that.

Of course, there are exceptions and I’m not naive enough to think it doesn’t happen.

Heck, we write a blog for an executive who, I am fairly certain, has never even looked at it.

So, rather than call it executive thought leadership, we use it for search engine optimization purposes (and it works really, really well for that).

It doesn’t have many readers and it never gets any comments, but it does do really well for organic search.

But when he talks about how he wants to be known in his city for a particular topic, I always talk him through why that will never happen without his involvement.

It’s impossible to know what a person thinks without their participation (as much as we try to be mind readers).

How We Can Help an Executive Become a Thought Leader

There are certainly lots of ways you can help with executive thought leadership:

Once topics are agreed upon, you can create the content, add visuals, optimize it, tag and categorize it, and then ask the client to read and approve it.

In many instances, the executive will change a few things, tweak the voice, and add different images, but there are also a few voices you may have down so well that those changes aren’t necessary.

Not Everything Can Be Outsourced

All of this said, there is one thing that shouldn’t be outsourced and that is having someone else respond to readers as if they are the executive whose byline is on the piece.

If the piece is produced by a named human being, they should be the one to answer comments and engage in discussion.

They should be the one to spend time on the social networks where their readers hang out.

Imagine if you were a reader and you left a comment and the person responded…and later you learned it wasn’t the person at all, but someone on his or her team.

Talk about trust being flushed down the toilet in just an instant. No one wants that so let’s not do it.

Of course I would love it if every executive who sees value in blogging did it themselves, but I know that’s not the world in which we live.

Most executives won’t ever have the time or expertise to use most marketing tools themselves, let alone blogging.

It’s our jobs to help them grow their businesses and, if blogging works, why wouldn’t we use that tool?

As long as there are some rules and parameters set—and the executive participates in a way that the content does become them—I say go forth and prosper!