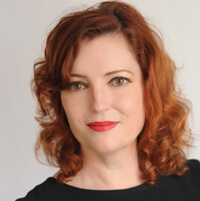 As a lifelong Jeopardy! fan and former third-place contestant, I was surprised at how engrossing the 2012 Teen Tournament was.

Typically, I ignore the Teen Tournament, turning up my trivial nose at post-2009 pop culture and 7th grade biology questions.

But this year’s tournament was compelling for three primary reasons:

Now, I have watched probably 80 percent of the nightly Jeopardy! broadcasts since the current show began airing in 1984. And I have never seen Presidential or White House involvement like this.

The contestants and 28-year host, Alex Trebek, toured the White House as part of the tournament, met Mrs. Obama, and sampled vegetables from the garden. That is a pretty awesome event for the high-schoolers selected as contestants. And they talked about it.

The best part, though, had to be the Vice President presenting all the questions in the category, “Cars in America” on the show broadcast on May 9:

“The Chevy Coach dates from around the time this became the world’s largest car company; with cars like my favorite, the Corvette…it held that position until 2008, then filed for bankruptcy, but now it’s back on top.”

Whoa! A blatant pitch for the Detroit bailouts! On a game show! For children! Will today’s politicians stop at nothing?! Pundits chewed over that the following day, of course.

But isn’t the Jeopardy! Teen Tournament the kind of thing you would want the White House to support? No matter who lives there? I remember my first trip to Washington in high school and I would have loved a personal White House tour and visit with the First Lady – Rosalyn, Nancy or Barbara.

And the Vice President presenting “Cars in America?” Hey, I can’t begrudge anyone product placement that brilliant. That’s the political equivalent to a Red Bull can showing up on an episode of The Big Bang Theory.

I found myself dazzled by how brilliantly the White House managed the Jeopardy! opportunity. Right tone, right spokespeople, right audience. You don’t have to love the current administration to respect really good PR when you see it.

If you’re smart, you’ll find a way to incorporate the Jeopardy! tactics into your own campaigns!

Executive director and founder, Merritt Allen leads all the strategic communication, media relations, campaign and issue management efforts at Vox Optima while also being the only adult supervision at her service-disabled veteran, woman-owned PR company. Merritt can be reached on Twitter, LinkedIn, Facebook or you can shoot her an email.