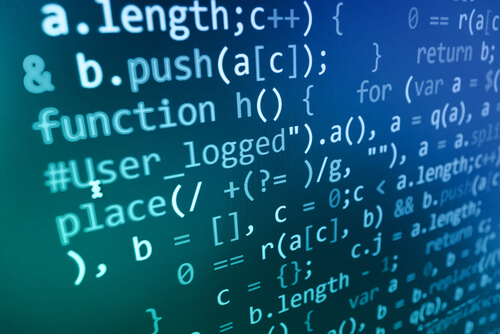 Three years ago, I was introduced to Narrative Science, a company that trains computers to write news stories and create content or, better explained, how algorithms are becoming superior storytellers over journalists.

This still makes me a little hot in the head. I mean, the idea that algorithms can become better storytellers is insane, but the idea that they are is worse.

From the Wired article:

Had Narrative Science created this piece, it probably would not mention that the company’s Chicago headquarters lie only a long baseball toss from the Tribune newspaper building. Nor would it dwell on the fact that this potentially job-killing technology was incubated in part at Northwestern’s Medill School of Journalism, Media, Integrated Marketing Communications. Those ironies are obvious to a human. But not to a computer.

But, as it turns out, some niche publications, including Forbes and other media powerhouses (who remain private), have hired Narrative Science to write stories and create content.

Three years ago, it was limited to Little League game results, where the stories are “written” from data entered by parents into a game scoring app called GameChanger. But the founder, fellow Utahan and Chicagoan Kristian Hammond, says in the next 15 years, 90 percent of all news stories will be written by computers.

Stuart Frankel, the CEO at Narrative Science, showed me the process they use in order to create a computer-based story. 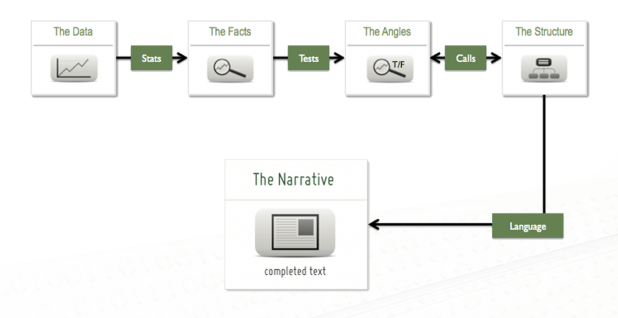 What’s interesting about this process is all of these pieces have to be there in order for the computer to write stories about Little League games or earnings reports or real estate in smaller markets that don’t typically get attention.

For instance, Forbes will do earnings reports for the Fortune 50 every quarter, but every other public company gets ignored because they don’t have the time, the human resources, or the budget to focus on everyone else.

An algorithm can take the data, the facts, the stats, and the angles and create a structure around earnings reports for the other 450 Fortune 5oo companies. And it can do it in seconds.

It won’t, however, provide context, irony, opinion, sarcasm, or humor into the story. Which, in the case of earnings reports, is fine because they are strictly data-driven stories anyway.

The algorithms write stories humans either don’t want to write or don’t have the time to write…and they’re doing it in four seconds instead of 40 minutes.

We think if a story can be generated by data, it will be. We’re not shorting humans. We can generate parts of a story from the data that a computer is better at pulling, and a human can add the color or interviews conducted to broaden the appeal.

And now Google News Lab has launched, which is billed as, “a new effort at Google to empower innovation at the intersection of technology and media.”

But how, exactly, are they empowering that innovation? They’re not shorting humans. They’re helped journalists, bloggers, and citizen journalists pull data for part of the story while the humans add the color.

They are providing a new tool for telling data-driven stories and they are:

ensuring the Google tools are made available to journalists around the world (and that newsrooms know how to use them); getting helpful Google data sets in the hands of journalists everywhere; and creating programs designed to build on some of the biggest opportunities that exist in the media industry today.

It’s a new world where algorithms and humans are working hand-in-hand to produce some of the world’s best content.

What Does This Mean to You?

So what does this mean to a communicator?

I’d like to say we can all go about our lives as if nothing has happened, but that just isn’t the case.

It’s been three years since Narrative Science launched and now Google is getting into the space. While computers won’t replace us, they certainly are going to make us even more efficient and we must keep up.

Here is what you can do right this very second:

But that’s not all! If you check all of this out right now, you’ll also find three projects Google has launched along with the news lab.

So now the science behind Narrative Science that is available only to large media outlets is coming to us, though I’d venture to guess it’s still not quite as sophisticated because we humans still have to do the work.

But Google has made it as easy as possible for you to view the trends, pull the data, and distribute and optimize your content, once you’ve done the work only a human can do.

Now it’s your turn to go into the world and become a better content creator and storyteller using the technology you have at your fingertips.

What will you do today?

Earned Media: How to Design the Perfect Pitch