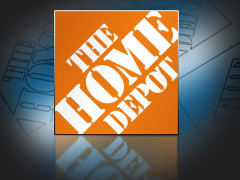 Sponsors of College GameDay on ESPN, the tweet was meant to drive some engagement and have some fun.

Instead, it was racist and insulting.

The corporation’s main account tweeted, “Which drummer is not like the other?” and accompanied a photo of two African-American men flanking a man wearing a gorilla mask. 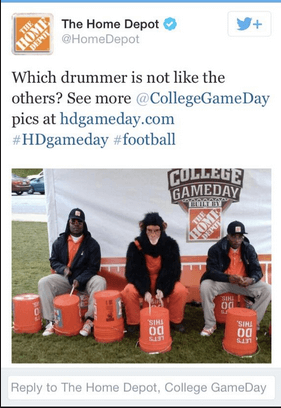 Now look. Monkeys are my favorite animal. When they do human things, it makes me laugh. But the person who thought this was a good idea needs to have their head examined.

In fact, the person (and the agency where they work) was fired.

Home Depot did many of the right things: They deleted the tweet, they issued an apology, they tweeted influential accounts, including the NAACP.

Firing the agency can be widely debated, but I think that’s a bit severe.

After all, those of us who help clients manage social media accounts know something like that would never have been tweeted without approval from Home Depot.

It’s very, very rare an agency – and someone who works there – would tweet something without client approval (minus the mistaken tweet from a corporate account instead of the personal one).

But something like this? It was planned as part of the corporation’s sponsorship of College GameDay, which leads me to believe it was approved.

So firing the agency seems like a punishment that far succeeds the crime.

But that’s not really my problem with the whole thing.

My problem is what they did next.

They forgot to be human.

Up to the apology tweet, they did everything right. And then this happened. 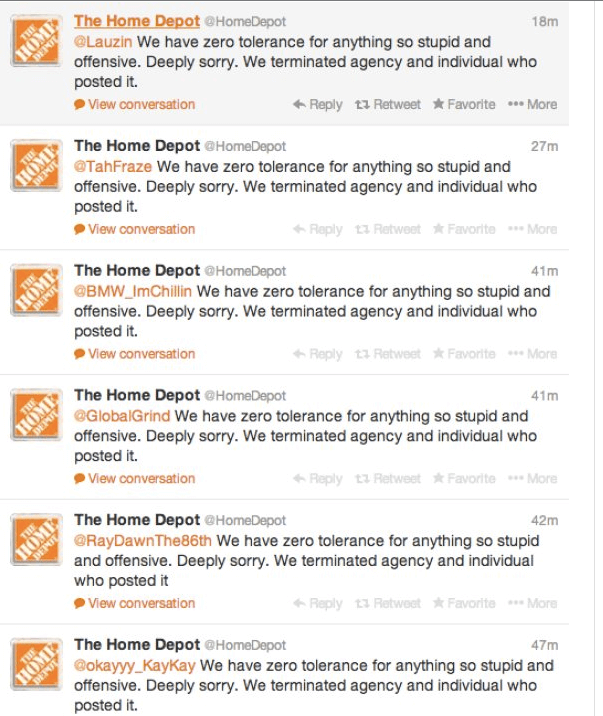 I understand they were probably reticent to let anyone tweet without a pre-approved message, but that undos everything they did right before this.

Tweeting the same message to every, single person makes it look like a robot – rather than a human being – is in charge.

It’s not easy. It probably would have taken hours upon hours to get through all of the tweets (and Facebook posts) without the copying and pasting job. But it would have been human.

Does it give you confidence they know what they’re doing and they’re truly sorry or does it feel disingenuous?

There are many things you can learn from this example – both right and wrong.

All in all, this story flamed out fairly quickly because it was handled so well.

But if there is one thing to take away from how Home Depot handled it all, remember to be human.