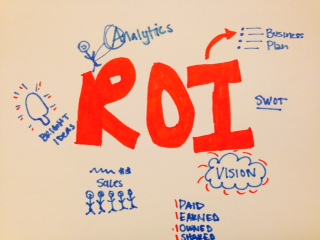 A couple of years ago, I received a new business phone call two weeks before Christmas.

The prospect was a very frazzled, very stressed business owner who achieved his dream and got his product in some of the big box retailers, including Target and Walmart.

The problem was he needed to sell out of the product in those stores by Christmas or they wouldn’t be restocking him.

But it was two weeks before Christmas and he thought media relations would be his magic bullet.

In his mind, he could hire us, we could call our friends at the major publications, and voila! He would sell out by Christmas.

Of course, he didn’t have anything newsworthy and his product was fun, but a “me too” gift. His competitors were outspending him and were much more creative. Things we could have worked with, given six months or a year.

I was kind of a smart butt and told him the only way he’d get in the New York Times before Christmas was if he shot someone…and preferably someone in the White House.

Let’s just say he said some unkind things and hung up on me. I also could have been a little more sympathetic.

I was reminded of this story when I read, “More Clients Asking for Time-Specific ROI Estimates” on PRNewser.

Apparently they belong to a PR/marketing group on Facebook and saw an update written by a prospective client who is looking for help in justifying the cost of hiring a PR firm.

We would like to add some goals and targets against which we can measure. These could be number of placements, traffic from placements, tweets and retweets, etc. Could you outline some reasonable metrics for a 3-month engagement?

Allow me to dissect this question.

Rather, this is what you should consider for the ROI of PR: Months one through six are all about building awareness. Months seven through 12 are to drive interest. After the first year, if everything goes according to plan and there aren’t any surprises, you can start driving revenue from a PESO communications model.

Then you can build your goals and targets against which you can measure.

How to Figure the ROI of PR

It’s unfortunate that this is not a unique request. It actually is a very common perception about the PR industry: You get me lots of stories and my phone will ring off the hook.

That’s just not the case…and we’re terrible about setting expectations (as an industry).

As it turns out, LalaboyPR, an agency run by sisters out of Puerto Rico and New York City, was anonymously referenced in the PRNewser piece and they tweeted me. 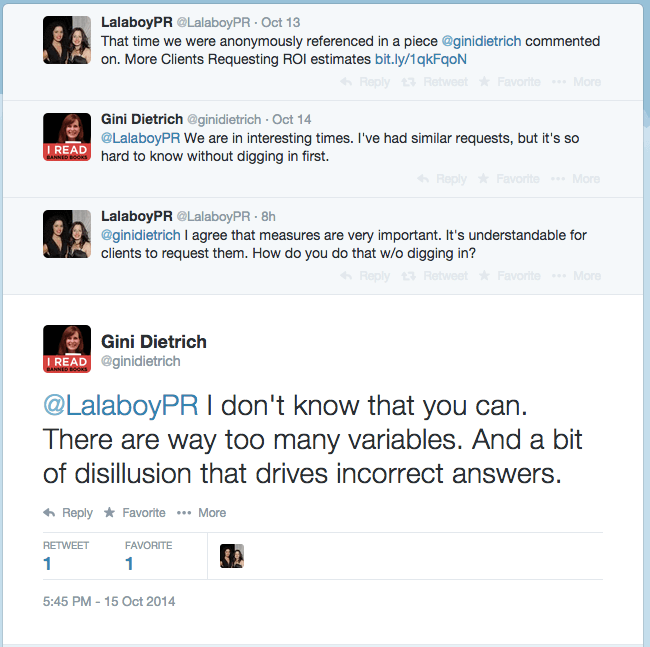 When you are a prospect looking to hire a PR firm (or a PR firm working with a prospect), really think about what it is you want to achieve before you figure out what the ROI of PR is.

If you do not have a system in place to track what happens when you increase all of those numbers, and whether the efforts that result in those things are driving qualified leads and new customers, you aren’t ready for primetime.

The way to handle the new business process is, instead, to ask for case studies and references for like businesses where the PR firm has done what you need them to do, in terms of business goals.

Then let them do their thing.

Then, and only then, can they develop a strategy and give you the goals and targets against which you can measure.

I’m really jealous of the super talented people at Ink Factory so I thought I’d try my hand at drawing my own image for this. What do you think? I probably shouldn’t quit my day job.