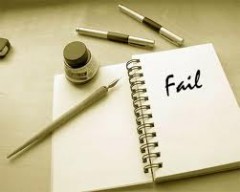 When I found out I was the one who was going to write the very first Spin Sucks post of the year, I obviously was ridiculously excited (and nervous)!

This was a huge responsibility!!!

My goal was to make you, our amazing Spin Sucks community, weep with joy.

And then, be so inspired and motivated to accomplish great things that for years later we would be hearing of your many amazing successes (Nobel Peace prizes, cures for cancer, teleportation devices, you name it).

And how they all stemmed from MY 2014 New Year’s post.

This was going to be amazing!!!

I sat down (Ok, I didn’t sit. I stand to work, so I stood) to dig deep into my “vault o’ inspiration” and pull out something awesometastically fantastic for you all (and of course it would include many made up words such as “awesometastically”).

We are talking super-sized inspiration here, folks. Take the best TEDx talk ever, add in a little Dali Lama, a dash of Abe Lincoln, a teaspoon of Vince Lombardi, then put some Peter Drucker sprinkles on top for the added business angle.

That’s what you were about to get.

Unfortunately, I got really hungry (as I often do) and took a break to eat something. When I came back, my inspiration vault had decided to suddenly close.

I panicked! This was my big chance and now I had nothing — zip, nada, nil inspiration to share.

Trying to remain calm, I went through all the common methods I employ when needing to produce my highest quality work. I did burpees and push ups. I sang and danced around to Fresh Prince and DJ Jazzy Jeff songs, I dressed up my cat and dog in several of the different ridiculous costumes I have for them. I dressed myself up in several of the ridiculous costumes I have.

So, at a loss for what to do next I did what any other communications professional would do. I turned to Facebook to crowdsource. I asked everyone to contribute five names of people who had changed their life during 2013 in some way, big or small.

I was so proud of myself with this idea. YES! THIS was going to be inspirational. I’d gather up all of these names and then write a post about how we all affect people’s lives everyday, whether we know it or not, and how average, ordinary people can have a huge affect on the world.

You know the drill.

But, I’m not sure if my request was just too gosh darn deep for a Sunday morning, or you all didn’t appreciate the cute picture of a baby panda I posted as a ploy for participation, but only a handful of people contributed their names.

Foiled again! Sigh, back to square one (p.s. for those that did participate, hold on to your hats because I’m not done with this idea yet).

This led me to the next obvious solution. When in doubt, Google it out! And that, folks, is precisely what I did. I typed in “New Year’s Inspiration,” and came to a page with lots of quotes. One of my favorite quotes came up from Neil Gaiman:

I hope in this year to come, you make mistakes.

Geez, thanks Neil, what are you trying to tell me here exactly? Yes, I know I’m bombing this post, but please have some compassion!

You can listen to the entire speech here.

And that, folks, is what I’ll leave you with as we all journey into this fresh new year.

Like every year, 2014 is full of awesome and scary possibilities. It’s bursting with both successes and failures just waiting to be experienced. Like my intentions for this post, more often than not things won’t necessarily turn out exactly how you might have planned.

Often they turn out better. The rest of the time, they just turn out different. So go out there and fail like a champ, because in the long run, that’s probably the best thing you can do for yourself, your business, your customers, and the world in general.

And that is your official 2014 Spin Sucks pep talk! Go team, GOOOO!