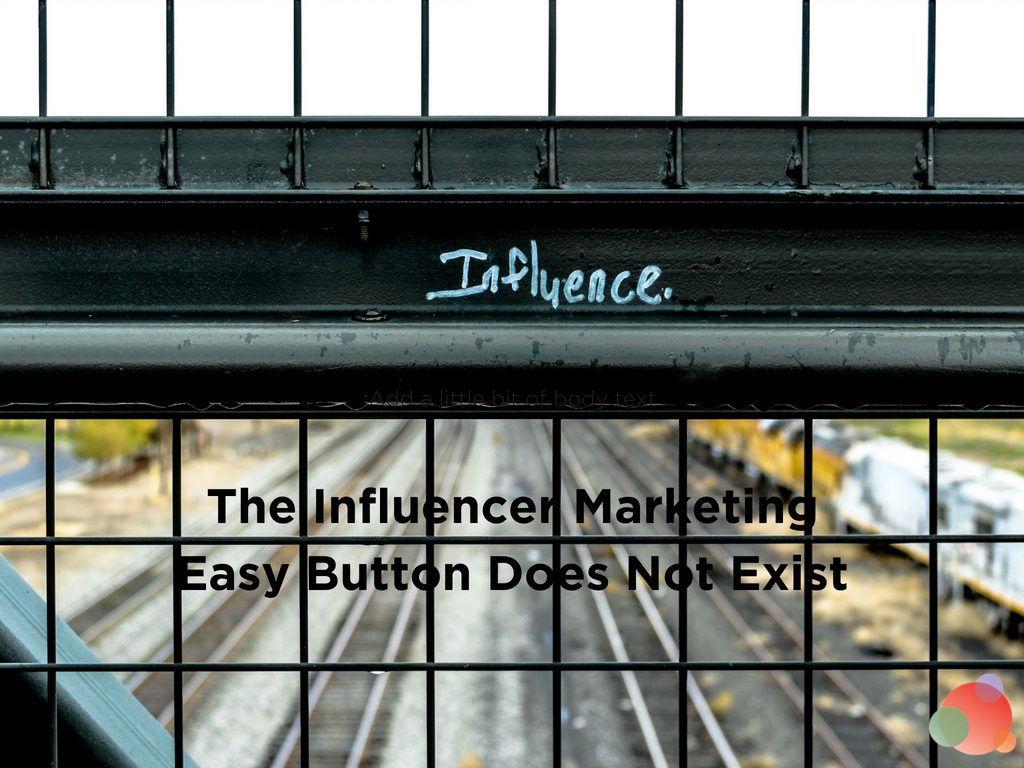 Unilever knows how to make news. That’s for sure.

Last week at Cannes, Keith Weed, their marketing chief, announced they would no longer work with influencers who have fake followers.

And the Wall Street Journal and AdWeek both covered it.

News? Maybe. Worth a conversation? For sure.

But is it as easy as a making this proclamation and it shall be done?

Unilever said it is:

…calling for social media platforms to do more to fix the issue and wants more measurement and oversight to ensure the problems are eradicated.

But why is it the job of the social networks to clean up the influencers?

Why aren’t brands responsible for making sure their influencers are up-to-snuff and, I don’t know, actually influential?

Points North Group said it has found that midlevel influencers—those with between 50,000 and 100,000 followers—often have about 20 percent fake followers.

I didn’t buy them—and I certainly don’t “engage” with them, but I also don’t go through and delete them.

Most of you have fake followers. Whether or not that number is 20 percent is probably a guess, at best, but it doesn’t mean you aren’t influential among your people.

The problem, of course, is that brands and agencies rely on numbers—fans, followers—to determine their influencers.

And that’s where the real challenge is; it’s not in influencers having fake followers.

They’re pretty easy to spot just by scrolling through their feeds.

Comments such as “good job,” or “great article,” or “way to go” or “keep doing what your (sic) doing” are pretty good indicators that the followers are fake.

(That last one is my favorite because it’s NEVER “keep doing what you’re doing”.)

Not to mention, it only takes one small project to figure out if they’re helping your sales or not.

But the industry has put follower counts as the number one metric and that is why Unilever believes there is risk in influencer marketing.

Are Influencers with Large Followings Influential?

When I started in Twitter waaaaaaaay back in the day, I had a little contest with a friend to see who could accumulate more followers, more quickly.

Every Saturday, I would go through and follow 100 people—and then I would find something we had in common and say hello.

It was painstaking and slow, but today, some of those people are my very best friends or, at the very least, have done work with us.

My friend bought his followers.

And then we’d go to meetings and he would show his numbers, compared to mine.

IT DROVE ME CRAZY.

No one likes a cheater, but I sounded like a poor sport if I insisted he was winning because he bought his followers.

So I just kept my mouth shut and worked my strategy.

I ended up “winning” in the long-run.

But if someone were looking to work with a micro-influencer, they would see his numbers and think he might be a good candidate.

The bots take over “influencers'” feeds, but heck! They have big numbers so they must be influential.

We Have Become Inherently Lazy

With the advent of technology and all of these digital tools, we have become inherently lazy.

We look at the big numbers and we think, “Oh, they must be really influential” and then we contact that person to help us sell our wares.

That is the real problem in influencer marketing. It’s not that there are fake followers.

If you truly want to fix this problem, brands and agencies must invest time (and money) into doing their research.

There should be some level of vetting before working with an influencer.

Tools such as BuzzSumo will help you do that.

For instance, I recently received an interview request for “Your Abundant Brand” with Nicolette Stinson.

Something seemed off about the request, so I went to BuzzSumo to take a quick look.

When I typed in “Your Abundant Brand,” nothing came up. 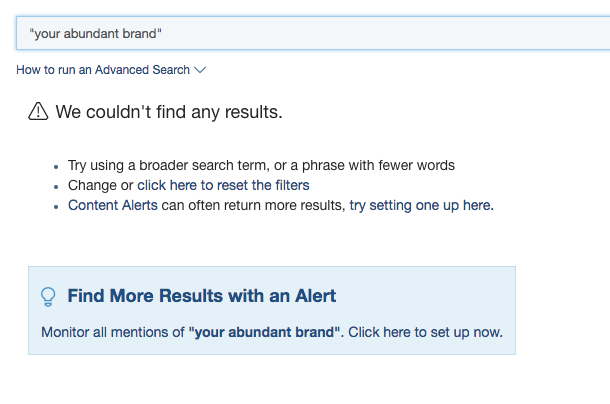 So then I tried her name and got just one result that had zero engagement.

This tells me the email invite was off for a reason—this person either doesn’t exist or is just starting out.

At that point, you can make a decision. Do you want to help someone just starting out or not?

Had the email invite been personalized and she told me she was just starting out, I would have had a very different response.

Based on her automated email and these stats, I made the decision to decline.

Do Your Research and Influencer Marketing Will Work

It’s not exactly the same as looking up your influencers, but the same philosophy remains.

Let’s say you have a list of 10 influencers who have big followings.

Use BuzzSumo as your first step to see if they have any influence.

For instance, for Spin Sucks, you get the following:

While most likely not an influencer for a brand like Unilever, it’s pretty clear—even if we have 20 percent fake followers—that we have some influence in the communications industry.

After using BuzzSumo to look up engagement levels of the influencers on your list, scroll through their feeds.

At the most, it takes an hour to go through a list of 10—and it saves brands thousands, if not hundreds of thousands, of dollars.

This isn’t the job of the social media networks.

It also doesn’t help to make sweeping statements that you’re not going to work with anyone who has fake followers.

We have to stop being so freaking lazy and actually do some work upfront to ensure the people we work with—influencers, employees, clients, journalists—are the right fit for our brands.

Invest the time and money upfront to do your research and influencer marketing will work for you.

Photo by Elijah Macleod on Unsplash