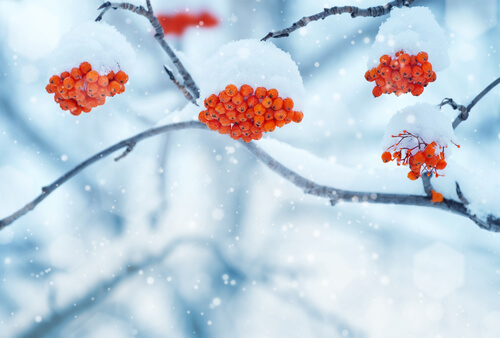 What do you know about cluster theory?

It’s the idea that industries “cluster” to one or two locations—cars in Detroit, tech in San Francisco, oil in Houston, senior living in Florida and Arizona, mobs in Chicago.

In the early days of the Internet—particularly of us becoming our own publishers—we really thought things would flatten out the world and we could do anything from anywhere at anytime.

And that is true…in some cases.

But in many other cases, the web has actually done the opposite. It has pushed industries more closely together and some such as the news business have become confined to New York, D.C., and Los Angeles.

(Which totally bums me out, being in the middle of the country.)

Of course, before the Internet, news was distributed everywhere because you needed local news.

But today, as more and more organizations, such as Narrative Science, use algorithms to tell local news, journalism is leaving the rest of the country for New York and the coasts.

The world, as it turns out, is spiky, not flat.

Journalism and Power is Clustered

What does this mean for communicators, particularly those who place a focus on earned media?

It means the innovation, the trends, the world in which you live is happening in only three or four cities.

I’m a big, big believer that you can use social media to build relationships with anyone, anywhere, and that should apply to journalists.

But does this mean we’ll see a large shift toward PR firms gravitating in the same places?

Of course, many of us work virtually and tools such as Slack and Zoom make the in-person experience nearly attainable, but I think we can all agree it’s just not quite the same.

In a Nieman Lab article, Joshua Benton explores this phenomenon:

There’s little reason to believe news jobs will ever again be distributed as evenly around the country as they were a decade ago—the market forces are too strong.

You see this pattern over and over again in digital news: What was once pitched as opening up a space has led instead to greater concentration of power in the hands of a few. The web and linking were supposed to expand routes of distribution, but over time, we’ve seen that power become clustered in Facebook, Google, Twitter, and a handful of other tech companies.

Online advertising was supposed to let a thousand media flowers bloom, supporting independents and small, high-quality publishers. Instead, it’s led to a generation of digital publishers—all those guys in New York—chasing scale and racing to be as big as possible.

PR and the Cluster Theory

I’d like to think we can still do our jobs from Chicago or Louisville or Boston or Cincinnati or South Bend, but if this is the shift the industry sees—and it doesn’t look like it will even back out—it might be time to consider how this works out for you.

Certainly, I think about it, but I have a very clear advantage: My team is virtual so it’s fairly easy for me to hire people in New York, D.C., and Los Angeles.

I can place people where the industry hangs out and not have to worry about the overhead of office space and overly-inflated expenses.

They can be at the center of the innovation and still report in to a Chicago-headquartered business.

So, perhaps we think not about moving our businesses to one of the media epi-centers. Instead, we think about how to build organizations that allow for this kind of flexibility.

It’s no longer a world of brick and mortar and everyone sitting in the same office together.

We can be dispersed to meet the industry clusters and still have a unique advantage over our competitors (you know, the ones who are so large and have such long leases, they won’t be moving to this model anytime soon).

That is the trend we should watch and be prepared to match.