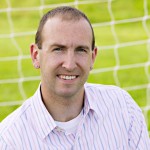 What innovative tool would I be talking about?

Language is the most basic, yet forgotten, tool for communication. I’m not talking language in terms of writing copy or producing press releases. I’m talking about English, Spanish, Japanese, Mandarin, French, Arabic, and the other 6,909 languages spoken in the world today.

In a time where everyone is clamoring to figure out the newest technology to help increase their network and get the word out, most completely ignore the opportunity to learn how to communicate in more than one language.

Monolingualism – the ability to speak only one language – is extremely common in countries where English is the native language, especially in the United States where only 17% of people are bilingual.

Why is this important?

Instead of the initial contact wall, the language wall is built when we tap that company president from Brazil on the shoulder and lack the ability and linguistic tools to understand him or her when they turn around.

You may never be a polyglot – someone who uses many languages fluently – but learning how to say hello and a few words in multiple languages will extend your network further than Twitter, Facebook, and any other social network combined. In fact, it will open you up to different social networks you didn’t even know existed.

You want to talk about standing out in the job market? Minor in a language in college or take a class now. You want to find new clients? Learn (or find someone who speaks) the language in a new target market. Looking to increase your media coverage? Hit up some non-English magazines, blogs, and websites.

My self-taught native fluency in Spanish allows me to communicate with around 500 million Spanish speakers, effectively covering the Western Hemisphere. In Polish I can open up a conversation with another 40 million and in Catalan I can make 6 million people in Barcelona smile. Without my ability to speak Spanish, roughly 35% of my leads and contacts in soccer would be gone.

My advice? Don’t fear language. Go find a local continuing ed Japanese class, or reach out to a local college and take that French class you’ve been thinking about. Open your mind and ears.

So why not learn a second language yourself or use one in your company? There’s no better time than now.

Editor’s note: HUGE congrats to Ryan on his new job and a BIG move from Buffalo to Kansas City. All you KC peeps look out for him! He’s going to need some local friends!

Ryan Knapp is a recovering linguist who writes “my life in soccer,” a look at the (sometimes not so) beautiful game, at www.ryanjknapp.com. When he’s not working 14 hour days and teaching himself random languages, you can find him out for a swim, bike, or run as he prepares for his first 70.3-mile half-Ironman in August and a 140.6-mile full-Ironman in 2011.

20 Ways to End a Conversation You Never Wanted to Have

Train Your Colleagues to Create Messaging that Resonates