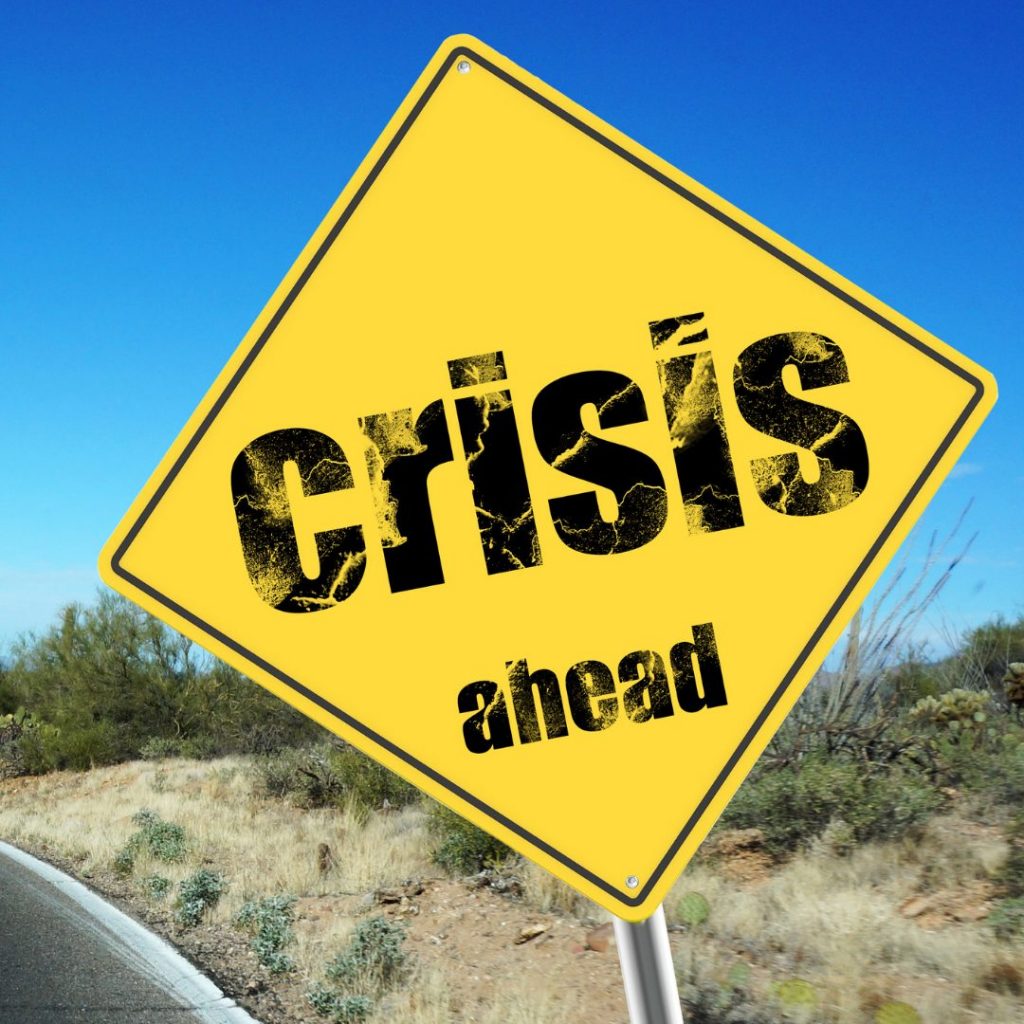 Because of all of the crisis work I’ve been doing this year, I’m quite obsessed with what can happen to a brand, through no fault of their own.

From Trump tweeting to boycott your product or service to getting in the crosshairs of QAnon, it’s a crazy time to be a communicator!

Though I love social media and the world it has opened up to me personally and professionally, I often long for the days when the crises were few and far between and they rarely happened to one organization more than once.

Now it’s not “if”, but “when” when it comes to every, single one of us facing perhaps even one (or more) crises a year.

That’s what we’re going to talk about today.

Not necessarily how to handle a crisis—there is plenty of that information, including right here in these parts.

But how to detect if something is brewing before it ever hits the keyboards of the warriors.

How QAnon Created an Unfounded Crisis for Wayfair

I love a good crisis. The adrenaline rush. The hunkering down in a (virtual) war room. I even love the stress and not sleeping part—to a certain extent. And, when the crisis is over, I’m happy to be on my merry way.

A good crisis used to constitute a natural disaster, an accident in the workplace, tainted food, or executive wrongdoing. Today, though? A crisis can be created out of nowhere about something that is completely untrue.

Take Wayfair, as an example. A well-known QAnon activist tweeted about the high price of storage cabinets being sold by Wayfair. The user pointed out that the cabinets all have girls’ names, which followers then alleged the furniture actually had children hidden in them as part of a supposed child trafficking ring.

Now, you can hear or read about that and think, “That’s ludicrous!” But after being tweeted, it gained some traction when it was re-posted in a subreddit.

By that point, QAnon followers were making supposed links between the furniture with girls’ names, and actual cases of missing children in the U.S. with the same names. Some of these children are no longer missing and one woman, who was mentioned when a cabinet with her first name was linked to her alleged disappearance as a teenager, did a Facebook live refuting the claims.

She said she never went missing in the first place.

The entire thing, though completely unfounded, threw Wayfair into crisis mode for a solid three weeks and QAnon continues to try to make claims that their conspiracy theory is correct. It hasn’t just been limited to memes and trolling, either. Social media users have tried to coordinate a campaign to short the company’s stock. On Twitter, an account posted Google Map images and the address of their office building in Boston. Others have posted the LinkedIn profiles—and home addresses—of Wayfair employees, including their CEO.

Wayfair will likely never be out of the crosshairs of the QAnon network. They’ve been able to regain public trust, but I imagine their leadership and communications teams are preparing for the next time this happens. And there will be a next time.

And Trump Did the Same for Goodyear

In August, Trump called for a boycott of Goodyear Tires, claiming that the company has banned hats bearing his campaign phrase “Make America Great Again,” or MAGA.

Trump’s call for a boycott came after a TV station in Topeka, Kansas got a hold of a slide from some sort of plant meeting that said some employees at that Goodyear plant were told the company had “zero tolerance” for wearing clothing with political messaging. Those messages reportedly include MAGA attire, as well as phrases such as “All Lives Matter” and “Blue Lives Matter.”

According to the TV station, the company said some slogans are acceptable, including “Black Lives Matter” and pride-related messages.

Goodyear immediately responded—and by immediately, it was within an hour of Trump tweeting for a boycott—that the company “has always wholeheartedly supported both equality and law enforcement and will continue to do so.” Goodyear noted that the image in question did not come from their corporate headquarters and “was not part of a diversity training class,” while reiterating its ban on political content in the workplace.

The good news is, unlike when one is in the crosshairs of the QAnon network, the crisis for Goodyear has seemingly died down without much harm done to their stock price or sales. But their communications team had a rough 48-72 hours…based on something that was no fault of their own.

Whether it’s conspiracy theories or tweets from the President of the United States or trolls or plain old instigators, the world of crisis communications has changed.

The traditional way of crisis communications planning still works, with some tweaks. You must still scenario planning and have different levels of risks, while considering every, single possibility. That means to include if the president tweets about your organization, if you get in the crosshairs of QAnon, an influencer is angry with you, a bad customer service experience, an employee going rogue, trolls…and all of the other types of things that could happen, such as natural disasters and a global pandemic.

Today, though, there is an additional thing you need to consider. It’s what a client of ours calls “early-warning risk intelligence”. This means you should have a plan, tools, or a solution that allows you to understand there could be a crisis brewing before it happens.

Going back to the Wayfair example. On June 14, the activist tweeted their theory that Wayfair was hiding children in their furniture.It didn’t get much traction until nearly a month later when, on July 9, the conspiracy theory was posted in a subreddit. It blew up after that, putting Wayfair on the defensive.

Had they had a solution that provides an early warning to what could be coming, they would have been on the offensive—having had nearly four weeks to prepare for a potential firestorm and to respond within minutes.

Of course, we don’t know which social media mentions will gain traction and which will not. It’s also hard to believe that something so completely untrue could create a real crisis for an organization. In my own client work, we’ve seen things that were so far-fetched, it was hard to believe anyone would take it as gospel.

Yet, here we are. If we’ve learned anything in the era of fake news, manipulated videos and images, and full-on social media terrorist attacks, it’s that just about anything can happen. The best you can do is pay attention, be prepared, plan, and be ready.