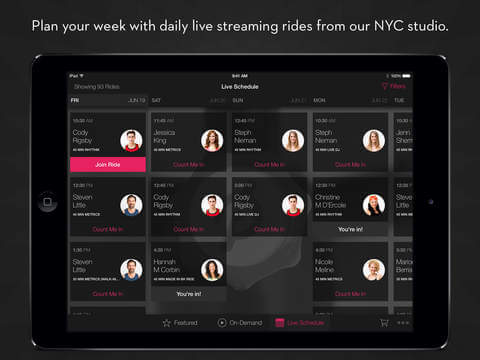 In 2011, we worked really hard to build and launch Spin Sucks Pro.

Inside the membership site, there is a ton—I mean, a ton—of content that every communicator can use for professional development.

We were even working toward a certification.

In our minds, it was going to be epic.

It’s quite sad, actually. The content that is still behind the paywall is really quite good. And it’s just sitting there.

I’ve always thought maybe we were ahead of our time.

I mean, online courses weren’t yet a thing.

There was no such thing as Udemy or Coursera or Lynda back then.

MarketingProfs was doing awesome, but they had to (and still have to) supplement with conferences.

And there wasn’t anything specific to the PR industry.

Today I know that it wasn’t just that we were ahead of our time. It was that we were terrible at doing our own PR and marketing for it.

The cobbler’s shoes thing is very real. That and I’ve always been panicked about asking this community to pay for anything. I mean, sick to my stomach panicked.

It’s difficult to open the doors and say, “We’re here!” but have no clear path for people to take.

A ton of content that is organized by track, but it’s like a big warehouse. You know you need lots of things in there, but it’s hard to know where to start.

So I’ve been thinking a lot about this and how to relaunch it with a pilot yet this year.

Because of that, I’ve been doing a ton of research about online courses in other industries.

Through that research and because of my own obsession with cycling, I found Peleton, an iPad app that was built for the bike of the same name.

They recently opened it to the public, even if you don’t have their bike, but as long as you do have a bike.

There are live classes and on-demand classes.

I’ve found the live classes to be much more appealing. I sign-up and they confirm by placing it on my calendar. Then, 10 minutes before class, I get a reminder.

Only three times in the past seven weeks, I’ve not made it to a live class and took an on-demand class instead (dumb work and travel gets in the way).

And, for only $12.99 a month, it’s a far better workout than any gym membership or my weekly SoulCycle class at $30 a pop.

My theory is that this works because it’s live and you have to sign-up to attend.

Sure, just like anything else, there are a few times you don’t make it live, but in general, you show up.

It’s on your calendar and it’s not something you put off to fit in when you can.

This is why live webinars work. You register, it goes on your calendar, and you attend.

If, for some reason, you can’t attend, and you get the recording later, how many of you actually watch it?

I can tell you…not many of you. Less than five percent.

Because it’s always there and something we can always get to…and then we never do.

Online Courses Should Be a Thing

We are going to re-launch Spin Sucks Pro this fall (we are working on the web pages and courses now!) and it’s going to function around this theory.

To start, there will be four live courses with homework and tips and tools.

You cannot attend the second, third, or fourth courses without having done the work for the first. And so on.

It’ll be just like taking a course in school. Sure, you can miss, but you have to catch up before the next week.

Only time will tell if this theory is right and I hope you’ll come along on the journey.

But, until we are there, you tell me…why do you think online courses don’t do as well as we think they should?