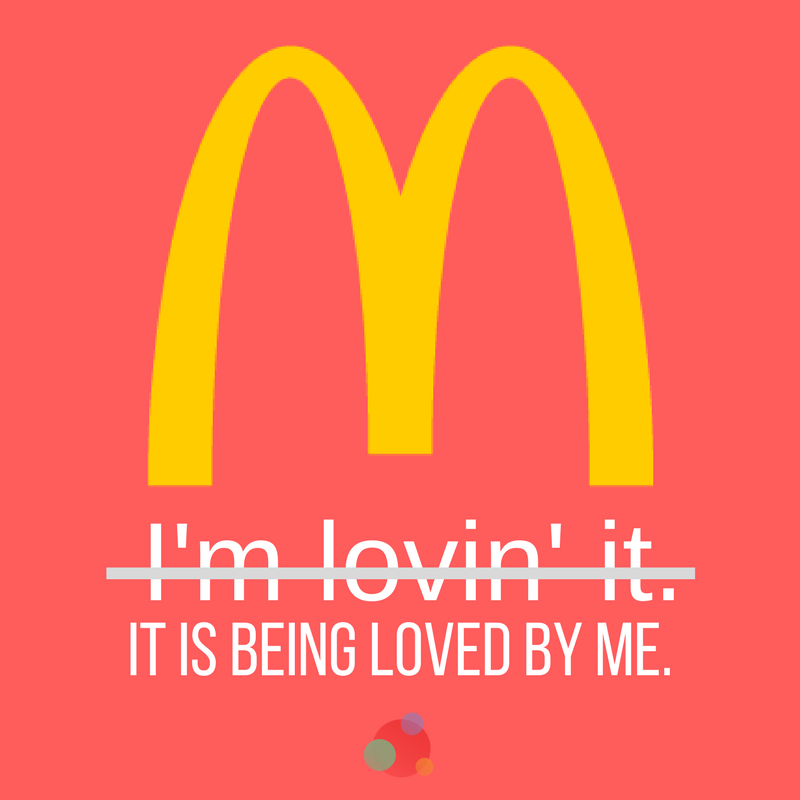 I was recently asked to re-read “Five Things to Remove from Your PR Proposal Right Now.”

Wait a minute. Check that.

I was recently asked to re-read Laura Petrolino’s post (by zombies).

If you’re not getting this reference, then a) you haven’t read Laura’s post (get on that!), and b) you, yourself, may have trouble identifying the passive voice.

Is that better, Laura?

The “Don’t Be Passive” section, in response to some of my less-than-active writing.

Then and there, I decided I couldn’t sit idly by while the passive voice and, perhaps more importantly, my writing, were called into question (by zombies).

True, like corn dogs and exercise, too much of any one thing can lead to trouble, but when used properly and in moderation, what can go wrong?

Hence my mission: to prove passive voice has a place in prose.

Before we start on this journey, let’s define passive voice.

Passive voice means that a subject is a recipient of a verb’s action.

That doesn’t seem so terrible to me.

Grammarly goes on to say:

Fine may be understating things, but I’ll take what I can get.

If you can’t find your answer on Twitter, one may not exist, especially when it comes to proper grammar and well-wrought turns of phrase.

One quick search found me what I needed.

Passive voice gets a bad rap.

“Don’t ever use passive voice!” is one of those writing rules you should ignore at your discretion.

It’s about focus and attention.

The most powerful positions in a sentence are the beginning and the end.

You might want focus to be on the acted-upon objects. e.g. “The children were led into the white room with the waiting dingos.”

Who is doing the leading here?

I want the focus to be on the children. And the dingos.

Passive voice has a place in prose.

They can all be used to great and proper effect.

Unfortunately, overuse or misuse of some writing tools has led to so-called “rules” that should be guiltlessly broken when called for.

Now, to be clear, I don’t know who Fonda Lee is, nor have I read any of her books, but this is good stuff nonetheless.

The Voice of Choice

Where Fonda Lee feels guiltless in her active use of passive voice, others (mainly me) argue that passive is just that: A voice.

To be used when and where appropriate.

The passive is the voice of choice, then, when the done-to is in the spotlight.

All eyes are on the messenger, so the sentence should begin with him.

Also, the passive’s ability to hide the doer, though abused by mistake-makers, is handy when the doer’s identity is irrelevant.

In the news item The suspect was arrested in connection with the killing of three Israelis, we don’t need to know that a guy named Shlomo made the arrest. —Passive Resistance, The Atlantic

And there’s our problem.

A few bad apples, these mistake-makers, have given passive voice a bad name.

But still, let’s be honest: in a proposal, being direct and confident is very important.

Opting for passive voice or, worse, falling into it as a result of lazy writing, is not going to win the pitch.

But we’re not always writing proposals and strategies in our line of work, and nothing should be written 100 percent in active (or passive) voice.

Not everything needs to be succinct all of the time.

You need to take into account who you are writing for, and what you are trying to accomplish.

There are times when passive voice needs—dare I say has—to be used.

If the writer doesn’t know who took the action, or who the action should be attributed to (or the writer purposely wants to hide that or detract from it), then passive voice is used.

Per Fonda Lee, where does the writer want the focus?

If the writer wants to place the attention on the action, rather than the person doing the action… passive voice!

Sweeping statements aren’t always effective, however if the writer is communicating something that can be ascribed to a number of people, then: Passive voice.

Grammarly acknowledges the effectiveness of passive voice in this case, showing us how awkward active voice can be.

Diets are made to be broken (by zombies).

Using active voice to express this idea would be awkward: People who make diets make them to be broken.

The sentence is true, however it is written or constructed (by zombies), but the important lesson is to think about what you are writing, why, and to whom.

That (and maybe Laura) should dictate your voice, not laziness or just because someone told you not to use passive construction.

The many pundits who decry the passive voice fall prey to their own smarty-pants-ness.

They pit passive against active in outrageous sentences that the worst, laziest writer would never—could never—construct.

True, they’re trying to provide an example of why active works better than passive voice, but the examples themselves are often harder to compose than the more effective, active versions.

A common comparison speaks to the active voice being more direct. More… active.

Specifically, in William Strunk’s original 1918 edition The Elements of Style:

The active voice is usually more direct and vigorous than the passive:

I shall always remember my first visit to Boston.

This is much better than:

My first visit to Boston will always be remembered by me.

It seems to me that coming up with “will always be remembered by me” would be a challenge.

My first visit to Boston won’t be forgotten.

My first visit to Boston won’t ever be forgotten.

My first visit to Boston shan’t ever be forgotten.

Sure, I changed some things around.

Forgotten instead of remembered.

But I did so to make it sound better, not out of laziness.

Personally, I don’t think they are any less clear or bold, and they took more effort to compose, more creativity, than the active version. Lazy my a*s.

Mistakes Were Made (by Zombies)

Back to our bad apples.

Politicians use the passive voice. A lot.

It aids in the construction of the Artful dodge and the impersonal, non-apology.

Their intent isn’t malevolent, and use of passive voice in political context is far from lazy.

It has its uses.

There’s a time and a place.

I will admit that Laura is, largely, correct in her statements that passive voice can hurt a proposal, but I will stand firm on the fact that passive is an effective grammatical foil.

Something written 100% in active voice would be just as difficult to read as something completely constructed with passive voice.

A balanced structure is something to strive for (by zombies).