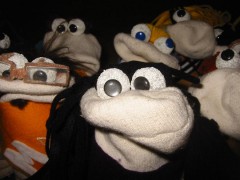 About six years ago – almost to the date – I attended an event where the leader of one of the largest global holding companies for PR and advertising firms spoke.

An attorney by trade, this man was hand picked to run the organization because of his expertise, not in one of the marketing disciplines, but because of his business skills.

Of course, you need someone like that at the top of a large public company and, because of his success, he has since gone on to lead the holding company’s advertising network.

When he spoke at the PR leader’s event, he talked about Wikipedia and its place in PR.

I can still hear his message loud and clear: It is up to PR professionals to do whatever it takes to get their clients in the news.

Because I am a natural introvert, I didn’t debate him during the Q&A – in front of the crowd – but I took him to task in a smaller group during the cocktail reception immediately following.

Of course, he was a well-seasoned business leader by then and me? Well, I was a young whippersnapper who had started my business only two years before and had all of 10 years of experience.

But I still believe deeply in what we discussed.

It isn’t our job to do whatever it takes. That’s what gets the industry in trouble. That’s why journalists write about the things they hate about us. That’s why PR pros have been banned from updating information on Wikipedia. That’s why the industry has the perception of being full of liars and weasels.

He didn’t say it outright, but he suggested there are ways to get around the Wikipedia rules, which are frustrating to be sure. We have lots of clients who have asked us to create pages for them. And why wouldn’t they? It falls pretty neatly inside a communications role.

But we always have to tell them we can’t do it and provide instructions for someone inside their organization to do it.

As a client service organization, it’s not fun to tell your clients you can’t help them with something, so I understand when PR firms want to find a way around the rules, if only to help.

But, a Texas PR firm, aptly named Wiki PR, has received a cease and desist letter from Wikipedia because it’s been discovered they have created fake accounts for the sole purpose of adding their clients to the online encyclopedia.

Never mind the fact a business has been created around the one tool that PR pros are banned from updating, the Wikimedia Foundation has proof they have created more than 300 fake accounts for the sole purpose of editing pages.

According to The Independent, a publication in the U.K., the letter outright accuses the firm of sockpuppetry, which undermines the principles of objectivity and neutrality of the site.

We have come to the opinion that, based on the evidence we have to date, that agent(s) of your company have engaged in sockpuppetry or meatpuppetry to, among other things, make it appear as if certain articles are written by unbiased sources when in fact those articles are authored by Wiki-PR for money.”

Sock puppets are fake accounts that are used to write reviews or update pages. Meat puppets will actually invite people into debate to make it look like the accounts – and information – are real.

If it Feels Wrong, it is Wrong

The PR firm has been accused of doing both.

And I have been accused of being ethical to a fault, particularly when someone needs something and I make their job harder because we can’t do it for them. But if you are asked to create a fake account to do something for your clients or you being nonchalant and suggesting your colleagues create fake accounts, you are doing something wrong and unethical.

I always say this, but we have to follow our moral compasses when it comes to stuff like this.

If it feels wrong, it likely is wrong. We’ll never change the way we are perceived if we don’t all fight the fight. After all, spin sucks.