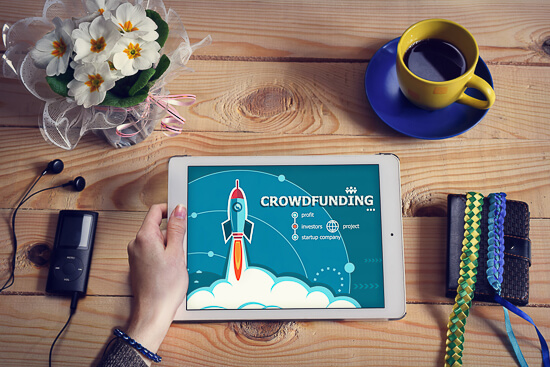 Last year I was part of a successfully funded Kickstarter campaign.

I don’t know about you, but at the time, other than backing a handful of campaigns, I had zero experience with crowdfunding.

My responsibilities, described as “accompanying” the founder on the “journey,” included leading a team and overseeing content development, community engagement, and relationship building; including blogging, social media marketing, media relations, measurement, and lots of elbow grease.

Several months of planning led to a wild 30-day 24/7 ride with frequent pivots to the approach to ensure the campaign was successfully funded.

Yay! We made it happen and we learned a ton along the way!

Since then, many people have asked me to share my knowledge about how to build a successful crowdfunding campaign.

The simple answer is: It takes passion, hard work, and problem solving know-how.

Many founders try the DIY approach and fail.

Kickstarter is probably the best known crowdfunding platform in North America, but there are several others including Indiegogo, GoFundMe, Patreon, and Tilt.

Three Reasons Why PR People Need to Know About Crowdfunding

Did you know only 36 percent of all Kickstarter campaigns are funded?

And I can confidently say that it takes a village to get fully funded.

That’s why marketing and PR funds are often needed to hire the right team to help.

Founders who realize this will set aside a budget specifically for consultants or agencies to help, and that’s where there may be an opportunity for PR professionals.

In the case of the first campaign I worked on, all three of these reasons were important to the founder.

He was looking for more funding, he wanted to create consumer awareness for his new product, and he wanted to know what prospective customers thought of his product that was unique to the marketplace.

Three Things PR Can Do for Crowdfunding Campaigns

My team was fortunate to work with such a savvy founder who invited us to help with all three of these areas and more.

We had little sleep and a steep learning curve which equalled a rewarding experience.

There are several mistakes you can make when working on a crowdfunding project. Here are the three you’ll thank me for sharing.

As PR continues to evolve, it’s clear crowdfunding will only continue to grow as an awareness tool for businesses.

There’s a huge opportunity for PR professionals to step up, take note and learn how to make a successful campaign happen.

Hey, kids! This is Gini.

I have one thing to add to this awesome crowdfunding article.

Eden is taking everything she’s learned about the process—and, trust me, it’s a lot—and has broken it down in a webinar that will be held on July 6.

If you want to learn more about how PR can help the process or how you can get a project funded, I recommend you check it out.

We had her speak at one of my mastermind group meetings last year and everyone walked away with a to-do list a mile long…and excited to get to work.

Eden Spodek is a founder & CEO of Spodek & Co., an integrated communications firm. Eden has a unique perspective on emerging media and more than 25 years’ experience in communications. She’s happiest helping colleagues, clients and students be a little disruptive. She’s outspoken about the importance of building online engagement and targeted relationships, one influencer at a time. Eden is based in Toronto, Canada and can be found on many places online.

View all posts by Eden Spodek