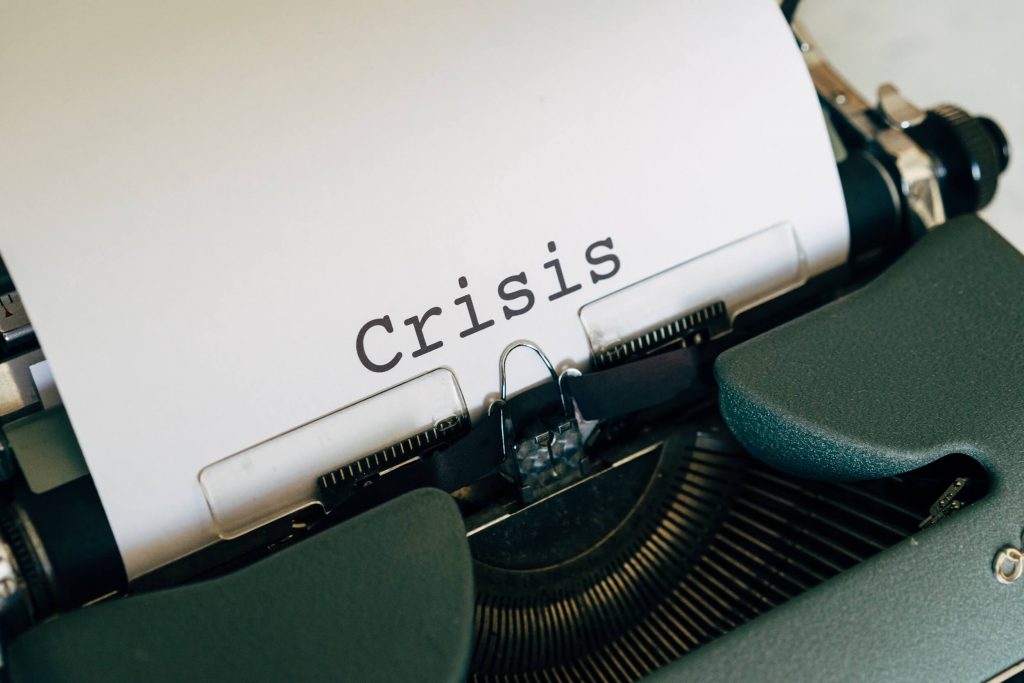 I’ve probably mentioned a time or two this year that a lot of the work we’ve been doing is crisis communications. As we hit the motherload of all crises—social, health, political, and economics, organizations have had to take a step back and look at how they communicate, both internally and externally.

In some cases, the hard look at messaging has been forced because of some reckoning from customers. In others, it’s been self-motivated to stand up for what the people inside the organization believe, and how they can communicate that without looking like they’re jumping on the bandwagon.

It’s been a crazy time—and I’ve learned a lot about how crisis communications will work in 2021 and beyond, which is our topic du jour.

During the last decade, we’ve all had to figure out how to use social media to build community and engage directly with our customers because that is where they are. Experts, influencers, and marketers have created best practices and, for the most part, they’ve worked across brand, industry, product, and service. This year, though, has thrown a wrench into every best practice, making them outdated as we traverse uncharted waters. At a time when every consumer touchpoint matters more than ever, one public misstep on social media can wreak havoc on a brand’s reputation.

Open any of the social media platforms and you’ll find notices to vote (though today is the last day for that one!), heartwrenching commentary about The Corona, arguments over political views, the organization of protests and marches…all among the social media updates and mentions you create on behalf of your organizations or your clients.

It’s a bit nutty…and it has created an environment where even the most sophisticated of companies are struggling.

The Edelman 2020 COVID-19 Brand Trust Report shows that 62% believe our country will not make it through this crisis without brands playing a critical role in addressing the challenges we face. Sixty-two percent! As if life were not chaotic enough this year, now we have to figure out not only how we are going to play a critical role in addressing these issues, but in how we’ll communicate them.

With that comes great risk.

For some client work I am doing, I was reading a massive report about reputational risk. It talked about how, in the past, the most an organization had to worry about was the potential of something big hitting them—such as a natural disaster or a product recall. The kinds of things one could plan for and build scenarios around. And, most organizations never had a big crisis like that hit them.

Today, though? It’s not if, but when. Every single one of us will deal with at least one crisis a year—some of it self-inflicted, and some of it created by fake news or disinformation that we’ll have to scramble to address. Today’s communicator not only has to pay attention to the narrative but to whether or not it will spread—true or not.

The report I just finished reading and melding into my brain discusses this, and it shows how, if handled well, the best organizations not only rebound but do so even better on the flip side. Those that don’t? Well, let’s just say they’re classified as “losers,” which isn’t detrimental if you’re a private company, but if you’re publicly traded, that’s the kiss of death.

There are five things a company should do to survive a reputational crisis. They are: respond immediately, know the facts, be decisive, be open, and make amends.

Let’s go through each one of them.

A client of ours just released Brands at Risk, a consumer survey that looked at how a purchase decision is swayed based on the comments we see on a company’s social media pages and ads.

How that relates to the work you do is that time is costly. It doesn’t matter if it’s on nights or weekends or holidays—you are expected to respond immediately. After this season’s first presidential debate, people began to call out companies that support the Proud Boys. On one Twitter thread I read, social media users were calling out Visa, Mastercard, and AmEx as allowing people to use their credit cards to buy Proud Boys gear. Some even said they would cancel their cards if it wasn’t taken care of.

Within minutes, and even though it was the middle of the night, Visa and Mastercard responded, swiftly and decidedly. AmEx, on the other hand? Well, they had on an auto-responder that said they’d be back in the morning. People began to tweet them, just to make fun of them. That poor social team the next morning!

You don’t want social media users to dictate the narrative around the crisis. Stay in control of it, at all hours of every day and night.

Here’s the deal: there is a lot, A LOT of misinformation out there. There are people whose sole intent is to bring organizations down, in any way possible. Some are hugely orchestrated campaigns, like QAnon spreading the conspiracy theory that Wayfair was trafficking children (not true, people!) to locally-created lists with the purpose of letting people post anonymously about their experiences in restaurants and bars, true or not.

As you work through whatever issue has brought you pain, move quickly to gather what is true and what people are spreading that is completely false. You also must have tough conversations with the powers-that-be to get all of the facts. Having to issue corrections will always undermine your efforts. Do your best to get all of the facts so you can communicate appropriately.

Just as we’ve experienced this year during The Corona, indecisiveness or leaving decisions to the people can create a crisis, in and of itself. We look to leaders to be decisive and make the tough decisions, even if they’re not the popular ones.

The same goes for you in the middle of a crisis. I often think about the Susan G. Komen/Planned Parenthood crisis from eight years ago (I actually can’t believe it’s been that long—I was guessing maybe four years ago!). I remember how wishy-washy the Susan G. Komen Foundation was. First they were going to stop contributing to Planned Parenthood. Then, when met with the uproar, they changed their minds. Then they went on national television and changed their minds again. It was a disaster. One that caused their founder, the sister of Susan G. Komen, to step down, and for most of the leadership team to leave, too. I’m not sure they’ve ever fully recovered.

Strong, visible leadership—even if it’s not popular—is necessary during a crisis.

The companies that come out of a crisis winning are those that move quickly to inform the public—particularly their customers. They discuss what steps they’re taking to contain it and what they’re doing to protect their stakeholders. Sometimes that means it’s as simple as saying, “We don’t have information yet, but this is what we know” and detailing from there, along with giving a timeframe on when new information will be available…and sticking to that.

You also want to try your best to respond globally, meaning give as much information as you can all at once, versus doing it piecemeal.

For the most part, people understand time is necessary in collecting information. They’ll be gracious if you are open and transparent and you provide information as you can. If you don’t, however, they will be ruthless—and that’s what can land you in the “loser” category.

There are two words that mean a lot if they are said and it’s clear you mean it: I’m sorry. They work in arguments with your partner, they work when a colleague is mad because of a mistake you made, they work when someone in the organization screws up—and they work during a crisis.

Think about all of the companies that have apologized versus those that have not. Remember when BP CEO, Tony Hayward, said he just wanted his life back, when the BP-leased Deepwater Horizon rig exploded, killing 11 people and setting off an ongoing spill in the Gulf of Mexico?

Compare that to Starbucks when one of their baristas called the police on two African American men who were waiting on a friend. The corporate office didn’t brush it by saying, “Oh, it was just a barista in one store.” No. They took responsibility, they apologized, and then they closed all 8,000 stores to provide training to their employees.

It’s a tough world to be a communications expert. You have to do your job, be available every hour of the day and night, know how to handle a crisis with a moment’s notice, and do it all with grace and kindness.

Luckily for you, we can all vent about it in the Spin Sucks Community and get help there, too!