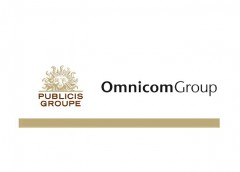 On Sunday, when I read the announcement of Omnicom and Publicis merging, I said to a friend, “This will be interesting. Having worked for Omnicom, I know how hard it is to work with the sister agencies. The partners are incentivized to get the most profit out of their P&L. They’re not incentivized to work with the sister agencies. Not to mention the list of conflicts, the antitrust issues, and perhaps even skirting the line of a monopoly.”

The merger makes the company much larger than WPP, the current market leader. Their combined U.S. revenue, alone, is $11.4 billion, which is twice as much as that of WPP.

Not only that, all you have to do is look at the list of clients for the two organizations and you’ll see conflicts galore.

The holding company (with each company holding 50 percent) will be based in the Netherlands and I cannot imagine they will share software and accounting and administrative needs, which will allow them to tell clients they have firewalls and other things set up so the conflicts are non-existent.

Heck, I’ve seen two competitive companies work within the same PR firm without issue from the clients so I don’t see the conflicts being a huge deal. At least not on the Publicis Omnicom side.

So what’s the big deal, then?

At breakfast on Sunday morning, Mr. D saw the news and said, “This sounds like it’s a big deal, but I don’t totally understand it.”

Oh it’s a big deal alright. But not for the reasons you would think.

Digiday lists five reasons this is a big deal. According to them, they are: Diversification, scale, conflicts (or lack thereof), more deals, and making the independents stand out. I’d add two more: The affect it will have on digital marketing and no one ever gets fired for hiring a big brand.

Seven Reasons the Publicis Omnicom Merger is a Big Deal

The CEO’s of Publicis and Omnicom are tasked with minimizing risk. Because chief marketing officers leave their jobs every two to four years, the client/agency relationship is less about loyalty.

It’s pretty rare a new CMO doesn’t come in and fire the current agency, bringing in who they like and trust. With a company this large, the agency might be fired in the transition, but it’s highly likely the new agency is within the Publicis Omnicom company. Risk minimized.

Scale. I have a friend who is nearly three months into a new corporate gig with a public organization. When I talk to him about his new role and what he loves about it, he keeps saying things such as, “Google pays attention when we call” or “Facebook wants to help us find ways to use the data differently.”

For those of you who have ever tried to get an answer from one of the gigantic Internet companies, you’ll know what a big deal this is. Scale provides an opportunity to work at the same level as these gigantic companies and get what they need for their clients without having to fight the “we’re sorry, you’re no one” fight.

Lack of conflicts. I’m not sure I totally agree with Digiday on this, but they say, “Clients just need to get over it.” We bind ourselves to strict no-conflict rules inside our organization, but I also know some firms do not.

More deals. Before the Great Recession, we saw a lot of consolidation. With this huge merger, it looks like the industry is primed for even more. Earlier this year, Mitchell Communications Group was acquired by Dentsu and, just yesterday, Padilla Spear Beardsley bought CRT/tanaka.

If you own an agency and are interested in being bought, now might very well be the time.

Independents. Edelman has long held the crown of largest independent agency, but now PadillaCRT is close behind. With more deals and more consolidation, look for the independents to begin to grow aggressively through acquisition.

As well, not everyone likes to work with – or for – a gigantic company. Inside an independent – small or large – there is more flexibility, better technology, and empowerment to make decisions.

Digital marketing. With Twitter and Facebook and Pinterest and all the others trying to figure out the profitability game, Publicis Omnicom will have big influence over Silicon Valley. With huge media buys, their scale, and beaucoup bucks, the agency will influence where those dollars are spent…not just in advertising, but in funding startups and other organizations.

Big brands. We were in a new business meeting a couple of weeks ago and the founder of the prospective company said to me, “Why should we hire you instead of one of the big, global firms?” I responded with, “Well, no one has ever been fired for hiring a name the board recognizes, but…” and then I went into the reasons a smaller firm is better.

More startups are coming with boards. More founders are being ousted by their boards. Even though entrepreneurs take lots of risk, one way to minimize their own vulnerability is to hire the big name that everyone recognizes.

It sucks, but it’s the way business is done.

But, if there are any clients of Publicis Ominicom that think the conflicts are too great and want to work with a nimble, flexible, smart team, there is an integrated marketing communications firm in Chicago that has been doing this for years!