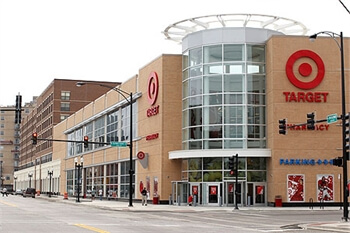 A lot has been said about Target in crisis: First with the Target data breach, then the CEO resignation (firing?), and now the release of an email written by an employee who works at headquarters in the Twin Cities.

It’s been a rough 2014 for the retail giant and they have quickly become the store we love to hate.

There are three stories human beings love: The David beats Goliath story, the great unraveling of the David story once he becomes Goliath, and the great rebuilding.

Target is at the middle story right now. We’re all watching with glee – and sitting on the armchair, quarterbacking – as they figure out what’s next.

Les McKeown, in “Predictable Success,” calls this stage of the company’s life The Big Rut. Which means they’re only one stage from the Death Rattle.

They have to do something. Quickly.

One Employee; One Story

Three weeks ago, Gawker published an email sent to them anonymously. At the end of the email, the person writes:

I think I’ve rambled enough – even if you don’t publish this, it was therapeutic to write it all down.

Well, publish it they did. In its entirety.

If you haven’t yet read it, flip over there (it’s linked in the first sentence of this blog post) and then come back.

The hair on the back of my neck stood up when I read the complaints about how the leadership team “requires” you to get to know your team in your first few weeks of work. No! Not that! Heaven forbid you meet your colleagues on other teams and learn about what they do.

On the flip side, organizations that are more focused on butts in seats than on results get under my skin.

I wrote off the email as an unhappy employee who figured there was a platform within a large blog and went for it.

And then I read the response from chief marketing officer, Jeff Jones.

While the email from the employee is ranty and whiny and not well written or thought out, it sounds like some of what is in there is true.

The response, titled “The Truth Hurts,” describes a culture that is broken. It describes a leadership team in turmoil. It describes a declining morale, that could be hurt even more if the board decides to hire a CEO from outside the company, instead of promoting from within. It describes Target in crisis.

It then describes what the organization has to do next.

It’s the perfect response to negative criticism, from a communications perspective.

Five Lessons from Target in Crisis

In Chapter 7 of Spin Sucks, the section called “Your Brand is How Customers Feel about You” narrates what to do when a customer or, in this case, an employee criticizes you so openly.

What the Target CMO did was textbook and did exactly as we would have advised him, were he a client.

Here is what you can learn from his communications, as he details his Target in crisis.

It’s easy to pay attention to what your customers are saying about you online.

It’s easy to participate in the conversation.

Sometimes it’s hard to hear their wants and needs, but if you really listen, they can help you with customer service, new products/services, market research, and even cultural change.

Control is out. Empower is the new black.