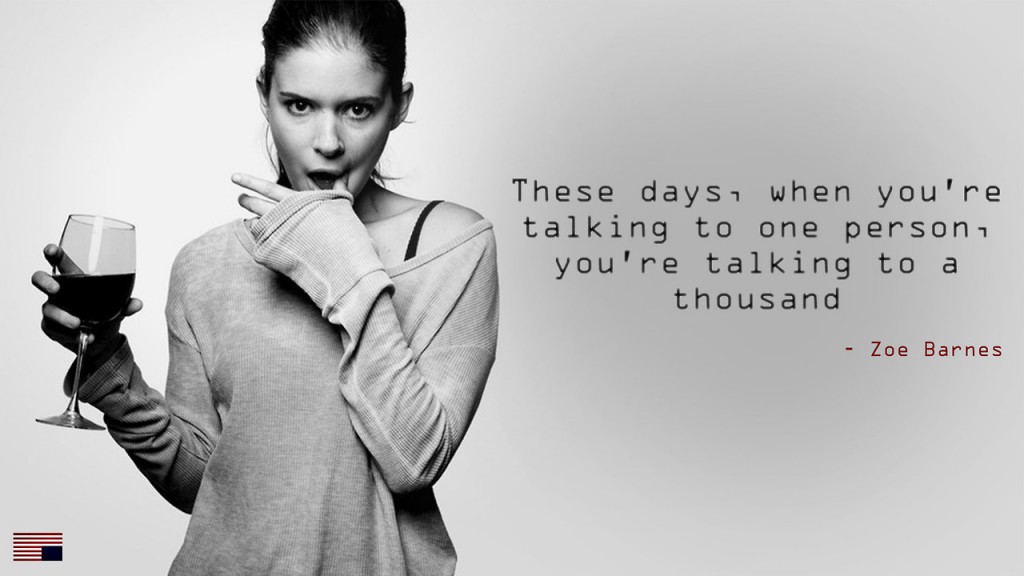 I finally started to watch House of Cards and I am so mad!

The cast is full of horrible people and I cannot believe I have to spend so much time with them (but, of course, cannot stop).

I’m only five episodes into the second season so have lots left to go and I don’t want to ruin it for anyone who hasn’t yet watched it, but I will say this: They are horrible, horrible, horrible human beings who you can’t help but cheer for them to win. And I love Peter Russo.

That said, there are some crazy good PR lessons you can gain from watching the show. So I shall focus on that instead of the horrible people (and my love of Peter Russo).

It’s probably pretty easy to keep going, but I’ll hand the comments over to you now.

What PR lessons can you find in House of Cards?