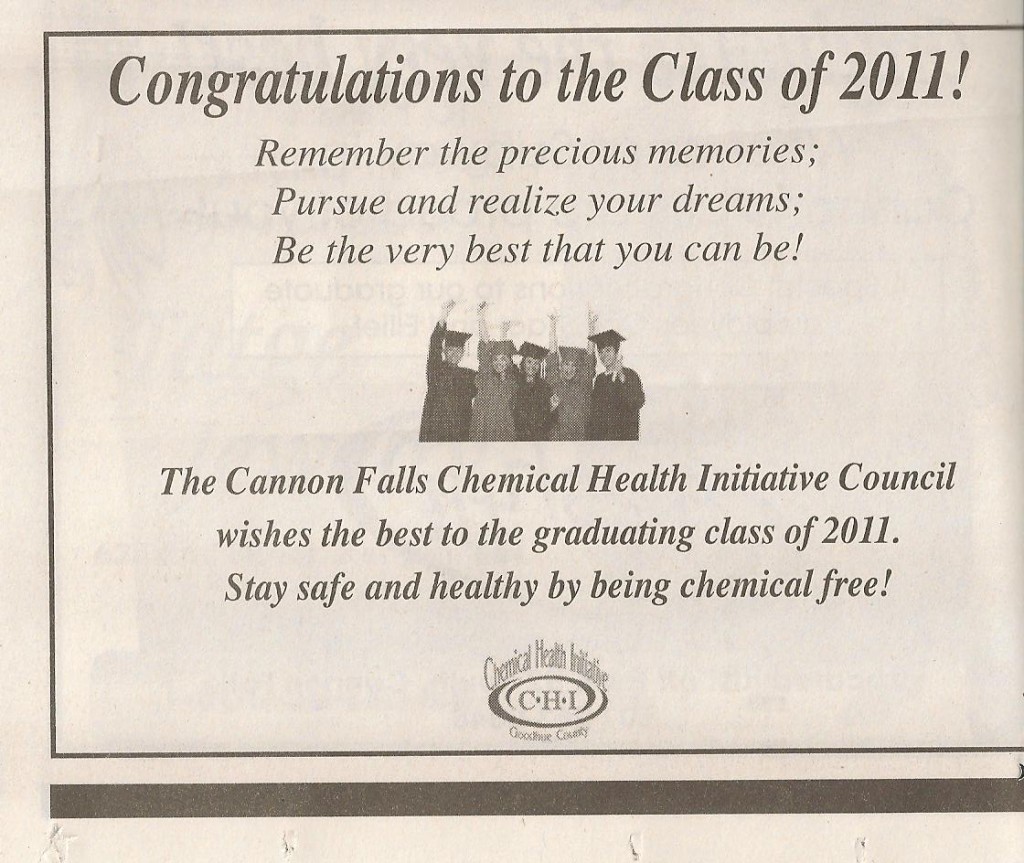 The customer is always right.

Unless they’re not, but they still might be even then.

Let me tell you two stories.

One of the big money makers when I was publisher of small town community papers was graduation. Parents would buy ads congratulating their child on graduating from high school, and I’m not exaggerating when I tell you we would sell hundreds of those ads.

While publisher of several weeklies in Texas, I walk to the front lobby one day and there is a Hispanic lady in tears arguing with our classified ad manager about her daughter’s graduation ad.

The ad ran correctly. There were no errors and the mother approved it before publication. Mom was complaining and mom was wrong. The customer was wrong.

Here’s why she was upset: She purchased a smaller ad. It was three columns by five inches tall, 15 column inches, or about an eighth of a page. It was the most common size grad ad purchased. She did not pay extra for color and she did not pay for specified placement.

The ad was placed on a page with a half-page, full-color graduation ad. Mom felt that made her ad look “cheap.”

Mom acknowledged the various options were explained to her and she chose run of paper instead of specific placement. She chose black and white over color and she chose the size. She approved the final proof before the ad ran.

The customer was wrong.

The company that owned the aforementioned papers had a problem with collections. As the CEO noted one day in a meeting, if every paper collected every penny that was in 60-days or more past due, we’d have enough cash to buy another paper.

We established a policy that stated invoices are due net 10 days. At 30 days you are considered late and at 60 days we stop running your ads. At 90 days past due, you shift to a position where, after you catch up, you must pay cash up front for one year. Then we added another, as the biggest culprit for late payments were large advertising agencies, especially the ones who place pre-print inserts.

If you are 120 days past due, we begin collecting directly from your clients.

Any and every advertiser who had run so much as a little classified ad in the last two years is notified three times of our policy. It is also included in all invoices and other communications. We call the 25 largest advertisers including all ad agencies.

We receive inserts from a large national chain of hardware stores. The ad director comes to me and says, “Clay, they are 122 days past due.”

I call the ad agency and tell them I am not running this hardware store’s Memorial Day ad. I explain why. I also tell them they have an invoice tied to this advertiser that is over six months late so I’m calling the advertiser directly for payment.

They yell. They scream. They threaten.

What Do You Value?

I think most of us want to take exceptional care of our customers and clients. That is the best way to secure larger sales and repeat business.

It is why the mantra, “The customer is always right,” exists. I think most of the time, it is a good piece of advice. However, it doesn’t always hold true.

Where’s the line in the sand? You and your company’s values.

A great example is a recent meeting Gini Dietrich and I were in with someone who was inquiring about hiring Arment Dietrich. The moment I knew we would not take them on as a customer is when they said they expected their agency to be aggressive, unreasonable, and unethical.

At that point, I decided I’d recommend we not take them on as a client because being unreasonable is not part of how we do things. It isn’t who we are.

When determining whether the client or customer’s request makes them “right” and how you want to deal with it, you must consider your personal morals and values, and just what it is you want your company to stand for.

The graduate’s mom was wrong. So, I reran her ad, twice as large as purchased and in full color. I charged her nothing for this.

The mother was an immigrant from Guatemala. Her daughter, upon graduating high school, had beaten the highest level of education of anyone in their extended family by seven years.

One of our newspapers’ values was to highlight great things that happen in our community. By graduating high school, this young lady had taken an action that was a real game changer for her family. That is a great thing for our community and I stuck to our values by highlighting it.

She was wrong, but we treated her like she was right.

The ad agency made all sorts of threats but I called the hardware store’s corporate office anyway. That afternoon the ad agency wired us every penny they owed us for every one of their clients. They continued running as they always had and were never more than about 45 days past due again.

Our company’s core values included running a financially solvent newspaper that could indeed serve its community. The ad agency, by slow paying, endangered that. And that is wrong.

The Customer is Always Right

The customer is always right, even when they aren’t, unless:

Because of this customer service is case by case.

The Tobit is a book that appears in the Old Testament of the Catholic and Eastern Orthodox Bibles, but you won’t find it in most Western Bibles, unless they contain a section on the Apocrypha.

It is perhaps one of the foundations of the Golden Rule, and is the best advice for customers and businesses both to follow when dealing with each other.

I don’t believe for one second the customer is always right. But I do believe they should always be treated right. That is a big difference in thinking.