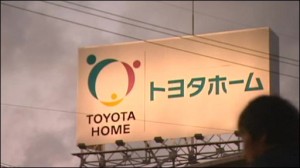 Throughout my career, I’ve had opportunity to work on some pretty big crisis. My stance has always been, if a crisis develops from a PR perspective, someone should get fired (think Tiger Woods). Either the PR firm for not counseling correctly or the client for not listening. And you’d be surprised how often the client doesn’t listen.

Take Bridgestone/Firestone, for instance. I remember sitting in the board room, as a really young account executive, listening to my boss and our general manager, discuss the situation with the client. They refused to listen. They wanted to bury their heads in the sand. We ended up firing them. And we all know what happened to that company. Not to say our firing them was the result of that business entity ceasing to exist, but PR can effectively manage a situation to avoid bankruptcy.

There are a lot of opinions about what happens to Toyota after this recall, but I think they’re doing exactly what they should be doing to keep from going out of business.

* Recalling nearly eight million cars (a cost of $54 million a day, in order to be sure their customers are safe).

* Hiring a PR firm, Robinson Lerer & Montgomery, who they seemingly are listening to and the PR firm seems to be offering very sound advice.

* Pulling their ads, according to the Wall Street Journal.

* Taking aggressive action with its customers, including multiple voices from their top executives.

* Using social media by allowing consumers access to the U.S. CEO, Jim Lentz, through Digg. You can ask questions and vote on those needed to be answered. As of this writing, there are nearly 1,100 questions on the site.

The naysayers say they haven’t acted quickly or responsibly, but if you read the account of events on Motor Trend, you’ll see they’ve done exactly as they should, starting with a recall of their floor mats (which they thought were the problem) last fall after the first fatal accident.

What do you think? Do you agree or disagree with me?