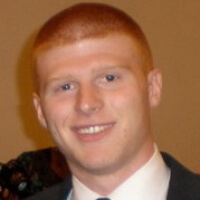 Guest post by Harrison Kratz, a junior at Temple University and president/founder of Kratz PR & Management.

When I was asked to write this post, I was told to pick a topic I was passionate about. I immediately knew the direction I was going to take. I have always been passionate about the NFL, but that passion is now for the wrong reasons.

During the past few years, The NFL’s PR mess has gone from bad to worse. Commissioner Roger Goodell got off to a good start in cracking down on wrongful behavior off the field, but all that progress seems to be lost and buried under a slew of serious image problems.

The NFL has a handful of stellar role models and representatives of the league in players such as Drew Brees and Peyton Manning. However, those players have been taken over by foul play on and off the field, sexism, and poor league management. For a league that has established itself as the dominant professional sports league in America, this is unacceptable.

The NFL has let situations blow out of proportion by mishandling crisis communication and the handling of incidents across the league. In the beginning, Goodell was suspending any player who did not uphold the integrity of the League. Now, he let Ben Roethlisberger return to the field two weeks early after being suspended for his “escapades” with young women during the off-season. How does letting him come back early uphold the integrity of the league?

The NFL seems to be in the midst of a new publicity crisis every week, yet nothing ever seems to be fixed. Of all of the major professional sports leagues in this country, the NFL is by far the least active on social media even though they have the largest existing fan base. Rather than creating an image and initiating communication, they are letting the media and upset fans define their brand.

Now, baseball is recovering from their steroid era and they’re making all the right moves as far as presenting themselves as a league for their fans. I can’t say the same for the NFL. The NFL is a brand, and needs recognize itself as such.

Like any brand that consumers buy into, they need to focus on how they can continue to connect with their followers and provide an image of integrity throughout the entire organization. We are in an age of reinvention, and readapting is everything. The NFL needs to wake up.

I understand that the NFL is comprised of hundreds of players and staff that live their own lives, but the NFL has let incidents such as the Michael Vick fiasco define the league as a whole. There is not much being done to repair the image, and time is running out.

The NFL is as recognizable a brand as there is in the world, and they need to remember that. Consider this their two-minute drill.

Harrison Kratz is still a junior at Temple University, but is already the president/founder of his own public relations firm, Kratz PR & Management, and is hosting #TweetDrive2010. Harrison is a driven entrepreneur and philanthropist who tries to inspire and share with other students and young professionals through his experiences.