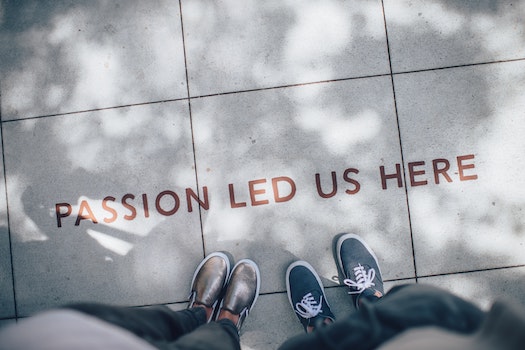 By now, most or all of you are somewhat digitized and working remotely, if not entirely.

As one CEO of a large tech company recently stated, “We are witnessing what will surely be remembered as a historic deployment of remote work and digital access to services across every domain.”

Indeed, recent data show that we have vaulted five years forward in consumer and business digital adoption in a matter of around eight weeks. Five years!

Banks have transitioned to remote sales and service teams and launched digital outreach to customers to make flexible payment arrangements for loans and mortgages.

Grocery stores have shifted to online ordering and delivery as their primary business.

Schools are either all in-person, some sort of hybrid, or all virtual. And don’t get me started on the hybrid schedules plus having to quarantine because a friend in class tested positive. Oy vey!

As some regions reopen fully and lift mask mandates, businesses are considering how to return to some semblance of full speed in a still unstable environment.

What does that look like as we consider how we market? Are there changes we’ll need to make? If so, how?

Change, man. We’ve had so much change in the last 366 days. And communicators have had an even more stressful year as we helped our organizations (or our client’s organizations) take their workforce remote.

Thankfully that was a great lesson in finding your own voice and creating your own unique messaging.

When George Floyd was murdered last spring, business leaders knew to lean on their communications counselors so we could help message the stance on social injustices and Black Lives Matter. And do more than say, “It’s terrible. We can’t let this go on.”

But what happened after that? Many organizations are struggling with how to continue the momentum and engagement they had last summer. The answer is in creating values-based marketing.

This is crazy uncomfortable. Many of us have spent our entire careers being told to keep our values and our stances on polarizing issues private. After all, that only leads to pissing off half of your customers. We’ve always kept it private.

As the world has shifted, particularly in the last year, it’s become increasingly important for organizations to promote their values while selling their products and services.

How Bud Light and Ben & Jerry’s Lead the Pack

During Thursday Night Football this past season, Bud Light opted out of their typical humorous tone and began to promote Black-owned restaurants. Called “Bud Light Thursday Night Shoutout,” the brand highlighted the personal stories of Black business owners to encourage fans to check them out, visit their restaurants, and tell friends and family. They also have partnered with the food app directory, EatOkra, to encourage football fans to visit Black-owned businesses.

While Bud Light has created values-based marketing revolved around the support of Black-owned businesses, Ben & Jerry’s, a brand known for taking a stand on societal issues, stepped up with “The Who We Are Project.” It is a six-part podcast series that links specific periods in American history to modern-day systemic racism and white supremacy.

Both organizations took on controversial issues and, in both cases, there has been a social media storm of negative commentary. Despite that, though, the good outweighed the bad and these brands have gained more strong and influential supporters than not. This is because they stand up for what they believe in and promote their values from top to bottom.

While values-based marketing is always risky, the conversations people have had around these campaigns reflect how they feel about the brands. That feeling is based on their own values, not on the level of service they’ve received or the latest product features.

A values-led communications approach has become a game-changer for many organizations. By showing their customers that they share the same values, they hope to deepen the relationships and develop a longer-term bond that a competitor’s “limited time offer” cannot break.

It’s not without its risks, though. It requires thoughtful consideration for all of the pros and cons, just like one would do during crisis communications planning. Work through the policies around the values you stand behind and ask very important questions, such as:

But Values-based Marketing Is Just for Millennials, Right?

This approach is seen by some organizations as the best way to build a deeper connection with consumers to stay top-of-mind and to create lifelong loyalty. Attaching to profoundly held beliefs can amplify sales, but it can also alienate a group (or groups) of people who have always been brand loyal.

The way Ben & Jerry’s, Bud Light, and hundreds of other brands take a stance on societal issues has ushered in a new era of engagement. Both take a critical issue society faces and connect it with their brands in a meaningful way while approaching it from a multi-generational aspect. Through these efforts, values are at the forefront without having to be explicitly conveyed, which garners the support of consumers along the way.

At the same time, what seems to be an initial disaster can actually work out well in the long-run.

The Nike 2018 ad featuring Colin Kaepernick is one such example. The campaign featured the embattled free-agent NFL quarterback (who knelt at NFL games during the national anthem in protest of racial inequality) behind the words, “Believe in something. Even if it means sacrificing everything.”

The Nike stock tumbled after the initial campaign, dropping $3.75 billion in market cap. Most companies would run with their tails between their legs with that kind of result. Because Nike took a longer-term view, though, they took a chance and stood up for their values—which ended up paying off.

On Sept. 17, 2020, Nike recognized the four years since Kaepernick took a knee with a black monochromatic jersey featuring his No. 7. The jersey sold out the same day it became available. EA Sports also has put him back in the virtual game setting.

Shying away from a values-led approach might be easier, and certainly less risky. Today’s consumer, though, demands the organizations they buy from to stand for something.

Toms Shoes started it more than a decade ago and many have followed suit—and embraced it—by taking it to the next level.

How to Use Brand Purpose For Good

The choice seems like an easy one. Stand up for what you believe in. Commit to your values and demonstrate them in your actions, not just your words. The societal and financial benefits of a business acting in good conscience are supported by numerous metrics.

Doing the right thing—from supporting the COVID-19 response to taking a stand on social justice issues—can pose a strategic risk for businesses. At a time when people are more polarized than ever, personal feelings and emotions rule the day.

When an organization aligns with the beliefs of one group of customers, it can alienate another group of once-loyal customers, prospects, and community members.

The most powerful connection between organizations and their customers is their shared values. When an organization expresses support for an issue that doesn’t align with some customers’ values, the object of their ire is the organization, not unresponsive customer service or substandard product features.

As we all know, angry calls to 800 numbers and word-of-mouth ridicule are dwarfed by the massive volume of outrage and condemnation on social media. Going directly to a company’s owned social media pages makes it easier, faster, and more self-satisfying for consumers to hold an organization accountable.

Brand purpose stems from the values and principles that guide a business. The values bind employees—they’re what you hire on and what your culture is founded on. They also can support customers through difficult times. Its role has taken on a new significance—and it’s time for us to put them first as we begin to market in whatever becomes our new normal.

An organization’s choice regarding purpose-driven action used to be clear. In the past, we were told that we should not take a stand, and we should not piss off people. We understood that there is a risk in doing the right thing because you get backlash at scale in an age of global social media.

There are no easy choices. Taking a stand means taking a risk, not only with people in opposition to that stance but even among those with shared values. Brand purpose can be misinterpreted as a cheap marketing ploy that exploits issues for profit and public relations. Perceived generic, hollow, or hypocritical sentiments within clumsy attempts to do the right thing can quickly be debunked, ridiculed, and shared virally across social media. You know, like the “women belong in the kitchen” tweet from Burger King last week.

On the other hand, if you’re on the sidelines while your competitors take up the cause of social activism, you also run the risk of public backlash from consumers who expect more from you.

Commit to Values-based Marketing for 2021 and Beyond

A growing body of evidence shows that ethical companies outperform financially over time. The pressure to perform in the short term, however, forces many organizations to miss out on the long-term benefits of ethical initiatives.

In a time of crisis, organizations will be judged by how, not just whether, they respond. When you commit to values-based marketing, find ways to authentically connect with your customers, and act in alignment with your expressed principles, you can then continue to build relationships and defend your reputation.

In the long run, companies that live by their values will likely weather these unprecedented times best, preserving and strengthening trust and loyalty among customers.

Of course, not every organization stands ready and willing to embrace social justice activism. Just like the pizza company didn’t need to support the attempted coup on the Capitol, not everyone will have to stand up and speak about everything that happens in our world.

But everyone needs to be prepared to stand up when it supports their values—and, if you haven’t already, begin values-based marketing that is ongoing and supportive and doesn’t look like you’re newsjacking or hopping onto the latest trend. That is the name of the marketing game for 2021 and beyond. Be ready!

If you need help thinking through your values-based marketing, join us in the Spin Sucks Community.

We can help with that and myriad other marketing and communications issues and challenges. Just last week, we also tackled skinny jeans and side parts. We have you covered!