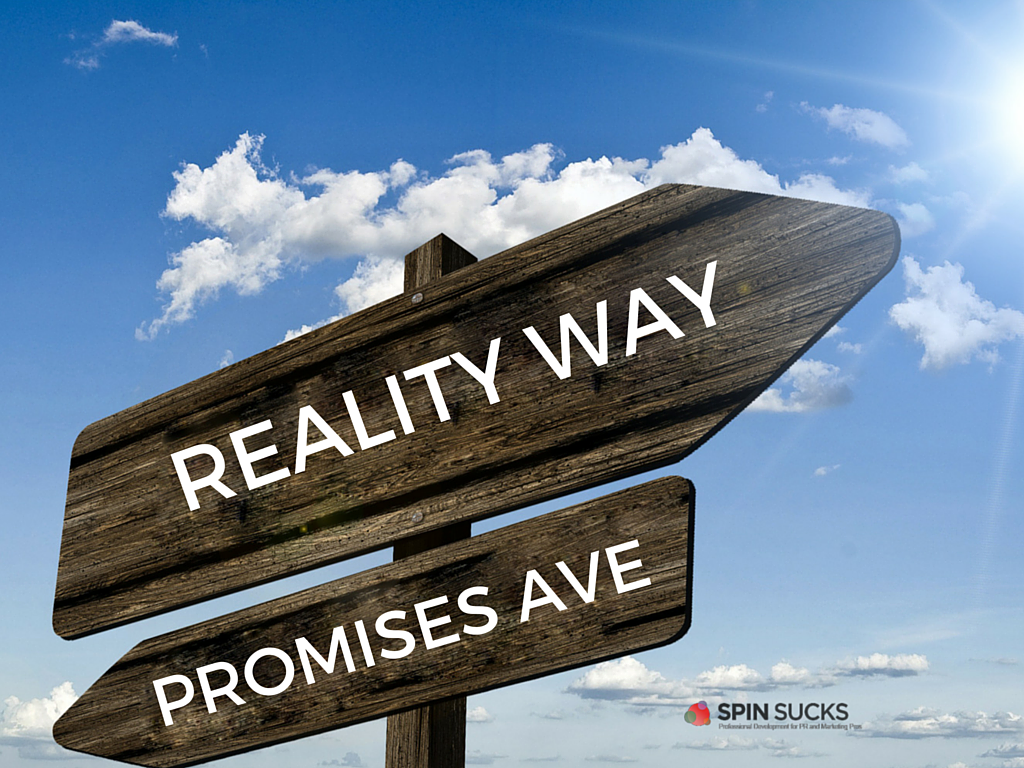 Historically, most marketing agencies have been bad at two things: Turning down new business and being honest about what they don’t do well.

This is partly the fault of clients, who frequently send misguided requests for proposals that span unrelated marketing channels. In response, agencies assume it’s better to “fake it ‘til they make it” on certain core competencies instead of losing significant pieces of business.

This mentality also stems from the “agency of record” concept, which has lost meaning and traction in an increasingly digital world (just look at the recent cases of Best Buy and Chobani). Agencies require a deep bench of experienced managers to yield good results—especially for specialized channels such as affiliate marketing or Facebook.

It just doesn’t make sense for one agency to handle all of a company’s digital and offline marketing anymore.

Are Services Being Offered or Just Laundry Lists?

Given these factors, agencies still want to appear simultaneously specialized and “full-service.” Some even go so far as to boast a greater number of practice areas than they have employees to handle them.

For example, I recently spoke with a company unhappy with its affiliate marketing program, only to discover that a single junior manager with no prior related experience was overseeing six client programs.

If clients want to work in unfamiliar channels, it would be better for their agencies to refer them elsewhere than to try and fake their way through.

Overpromising is a Dangerous Game

When agencies are learning on the job, they—at best—won’t drive above average results. At worst, they can even damage the brand or the budget.

In affiliate marketing, for example, many under-managed programs tend to be full of low-quality affiliates, including trademark violators, nefarious toolbar users, and cookie stuffers. These partners often burn budgets and don’t represent the brand in a positive light (but also aren’t easily detectable without the right resources and tools).

Plus, merchants can be easily left high and dry if the only employee in a practice area leaves.

I have a business contact at a prominent brand whose agency of record had an affiliate practice that only consisted of a few people. Eventually, the agency had to tell the client it could no longer run the program, as it had no people left in its “practice.”

Not only did the program languish for six months and cost the client more than $100,000, it also risked the agency’s relationship with more lucrative channels.

Before agencies list something as a “practice area,” they should have several managers with experience delivering results in that space. The actual number of people needed depends on the size of the agency and that of its clients. But, almost anywhere, a single person with experience (or several people without experience) does not constitute a practice.

After all, a great advantage of working with agencies is establishing institutional relationships. Marketing departments tend to see a lot of turnover (especially CMOs), so it’s dangerous to base an understanding of an entire digital channel on one person. If that person leaves, there is not only no one left to run it, but also the entire history of that channel and its campaigns are lost.

At a properly staffed agency, one person leaving does not affect the success of a client or a practice area. Historical knowledge can be passed down to every member of the team so performance is uninterrupted.

When agencies staff practice areas with properly experienced and competent managers—and size their teams in a way that makes sense for the agency and its clients—everyone is set up for success. Agencies are able to consistently deliver on their contracted channels, the reputation of those channels is preserved, and the traditional agency-client relationship remains intact.

It can be hard to turn down a new business opportunity, but faking an area of expertise will only set up the agency, marketing channel, and client for failure.

View all posts by Robert Glazer