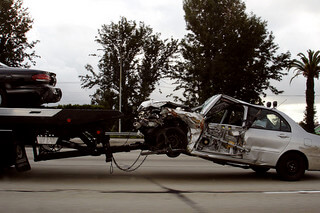 The world of PR can be a dangerous place if you don’t pay attention.

Today, I wanted to explore some of the worst disasters inflicted on an individual’s, or company’s, public image.

They have taken place as a result of carelessness, coincidence, or just downright stupidity.

All in all, examining these PR disasters makes for a fascinating read.

And one that you can learn a lot from.

Online competitions have always been an excellent way to promote businesses, grab email addresses, and bring potential fans to your Facebook page.

The concept is simple, and the more valuable the prize, the more fans and exposure the business will gain.

With a top of the range car on offer, ‘likes’ poured in by the thousand.

As a social media awareness campaign, it could be counted as an epic success.

That is, until it was revealed to be an April Fool’s Day hoax.

The car was revealed to be a miniature model, and the hate started to pour in.

People who had done nothing more than clicking a button felt cheated, and most of the comments on Denis Mahony’s Facebook page aren’t fit to print.

Facebook ‘likes’ dropped from the tens of thousands down to a mere 5,000.

2. Taxi Union Protests Achieves Exactly the Opposite of their Aims

But that didn’t stop taxi driver unions across the world from staging mass demonstrations in protest against a new app which helps ordinary citizens to work as self-employed cabbies in the world’s largest cities.

The popular app, Uber, allows users to call for a car and have it take them to their destination with fares, navigation, and route-planning figured out ahead of time.

It’s quick and it’s easy, which means that passengers no longer need to stand on street corners waving madly to attract the attention of traditional taxi drivers who may be passing by.

Naturally, cabbies who spend up to seven years learning “the knowledge,” training themselves in the conversational arts, and investing a small fortune to maintain their vehicles, were not happy about this new technology stealing their business.

So, on June 11th, 12,000 black cab drivers in London staged a go slow demonstration designed to bring gridlock to the streets of the capital and raise awareness of their plight.

As an awareness raising exercise for Uber, the protest could be counted as a resounding success.

While this was unfortunate for the taxi drivers, millions of commuters who had never heard of Uber suddenly learned about it as a result of the international news coverage.

People with a car and nothing better to do were given inspiration.

Uber bookings rocketed, and the number of drivers registering for the service shot up by 850 percent.

Similar anti-Uber demonstrations in Madrid, Milan, Berlin, and Paris resulted in similar gains for the company.

Toronto’s Mayor, Rob Ford, is a one man PR disaster, both for himself and for the city he represents. A city councillor since 2000, he was raised to Toronto’s highest public office in 2010 on a platform of platform of reducing the ‘gravy train’ of government expenses and taxes.

The first year was uneventful.

The second year was uneventful.

And then the wheels came off.

In 2012, the first pebbles began to fall which would precede the disastrous avalanche of soap opera proportions.

The first incidents were minor, but disturbing—being photographed reading a newspaper while driving, misuse of power, and compromising the civic appointments process for city boards and agencies.

But it was his private life and personal habits which really grabbed the media attention.

On March 12, 2012, Ford assaulted staff before heading out on an all-night bender. He was eventually found wandering drunkenly around City Hall at 2 a.m. with a bottle of brandy.

Allegations of ‘inappropriate touching’ and cocaine abuse were followed by actual video evidence of him smoking crack cocaine, public alcoholism, and admissions of heavy marijuana use.

He apologized, and vowed never to drink again.

Somewhat improbably, Ford also allowed himself to be photographed injecting heroin, and then photographed by a newspaper as he was drinking illegally after hours.

It was only when yet another video emerged of Ford smoking crack a second time, that he agreed to enter rehab.

Over the past year, thanks to Ford, the majority of the powers associated with the office of mayor have been stripped away. However, Ford has consistently refused to stand down.

Talent competitions have been an unfortunate fixture of British TV for decades.

In 2009, the country was shocked and surprised when a genuinely talented—if not typically attractive—singer made it through to the final stages of Britain’s Got Talent.

Granted, Scottish songstress, Susan Boyle only came second. But she was given an album deal, and hardly anyone can remember who actually won anyway.

It was when her PR people tried to use social media to boost the album launch that disaster struck.

Twitter, in case you’re unaware, allows a very limited number of characters in which to convey a message.

Wanting to spread the word about Susan’s album party, they used the hashtag #susanalbumparty.

Use your imagination on the types of responses that hashtag received.

The tweet went viral and spread across the internet in a matter of hours.

That said, Boyle’s marketing team succeeded in spreading the message of the imminent album launch more successfully than they ever could have hoped.

PR Disasters Can Happen to Anyone… If You’re Not Smart

So, what can we learn from these PR misfires?

It’s important to hire good people who not only understand your company’s values, but are willing to go to bat for you.

It’s also important to understand that personal issues can come back to bite you if you’re not careful.

Be smart about who you let into your circle, and always do background checks to ensure that your employees, vendors, and partners have their ducks in a row.

Josh has written on a wide range of digital and PR topics on behalf of Electric Dialogue.

View all posts by Josh Hansen