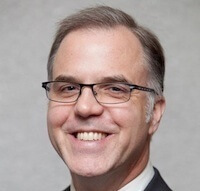 Recently, Fast Company ran an article called “The Verbal Tic Of Doom: Why The ’Vocal Fry’ Is Killing Your Job Search,” by Craig Chappelow.

The premise of the article is this: Craig’s organization, the Center for Creative Leadership of Greensboro, N.C., was hiring for “a position that involved a high degree of interaction with senior executive clients, so we were looking for someone with the skills and experience to operate at that level.”

And the recruitment process rolled along.

Craig’s colleagues at the Center winnowed down a list of resumes to three and presented them to him for phone interviews. His first candidate seemed “like a perfect match of background and experience” on paper. So he called her. Turns out that she was not a perfect fit in Craig’s eyes.

But when I spoke with the candidate, I ruled her out immediately. Why? Because of how she talked on the phone. Every sentence ended in a gravelly low vibrato. It was a grating, kazoo-like effect that made the candidate sound immature, unconfident, and, frankly, annoying… It turns out there’s a name for the way she spoke–it’s called glottilization or vocal fry, a voice trend among both genders and particularly prominent with young women.

In my mind, there are two things wrong with this situation.

Bottom line? I think the article is snarky, which I usually like, but is way out of bounds for calling out an easily identified young woman whom the author describes as “a perfect match of background and experience.”

Does using the vocal fry make you sound like an idiot? Sure, it might. But think about it: Who looks bigger now? The girl trying to get a position? Or the hiring manager who rules her out for her “annoying” manner of speech and then goes public with it?

P.S. – And Craig: I fer sure, like totally won’t be sending in my… like…resumeeeee…

The views expressed in this blog post are mine and mine alone and do not necessarily reflect those of the Chairman, Commissioners, nor my colleagues at my Secret Government Employer.

Mark Story is the Director of New Media for the U.S. Securities and Exchange Commission in Washington, DC. He has worked in the social media space for more than 15 years for global public relations firms, most recently, Fleishman-Hillard. Mark is currently writing a book, “Starting a Career in Social Media” due to be published in January 2013 by Skyhorse Publishing. Follow him on Twitter @mstory123.