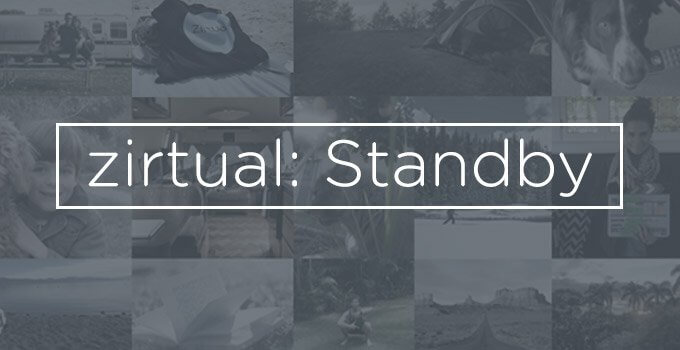 I am going to preface this blog post by saying it’s not going to be popular.

In fact, some of you may shake your heads in disgust and delete it from your inbox or feed.

And that’s okay because I am about to give you a different perspective on this whole Zirtual shut down overnight mess.

That of a business owner in deep debt with no one to rely on because I was too immature and too inexperienced (and too proud) to ask for help.

Though the economists called the 2008-2009 (and maybe even 2010) Great Recession, no one really believed them.

My peers were still buying up real estate and investing heavily in startups. Mr. D and I did the same.

While the economists cautioned to slow down spending and start saving cash, everyone around us was investing in everything they could get their hands on…and so did we.

And then the fateful Christmas break of 2008 came and I had to make a decision to hold on to my entire staff through the holidays, but let half of them go on January 2, 2009.

To this day, thinking about that meeting makes me sick to my stomach. I almost would have rather gone to the top of the Sears Tower and jumped off sans parachute than face my 33 employees and tell them half of them were being let go.

I still remember walking through the office, talking to those who were leaving, with tears and hugs amidst packed boxes.

It still makes me upset. I can still see their faces, confused and angry and hurt.

But it’s what saved my business and how we survived…that crisis.

Just as things were starting to settle and we were bringing in new clients and growing existing accounts again, the debt ceiling debate happened and every, single one of our clients put a halt on paying outstanding invoices.

In some cases, there were two or three invoices past due, with no end in sight.

Sure, we heard the check was coming—and we certainly had contracts to guarantee it—but everyone was scared to spend any money in case this was trailing effects of the Great Recession.

We were burning through cash.

Though we weren’t back up to the number of employees we had in 2007, we did have enough in accounts receivables to pay our bills and have some profit, but not if clients didn’t pay their invoices.

In some cases, I’d go back to the office with partial payments, which would allow me to make payroll, but not always benefits.

And, I don’t know if you know this or not, but insurance companies aren’t super forgiving if you’re even one day late.

There were months I would personally walk a check to the Chicago office of Blue Cross & Blue Shield because it was due that day.

There were three payroll periods I had to ask my team to wait on their paychecks…by only a few days, but when you have rent and utilities and other bills due, a few days is a big deal.

Incredibly, they worked with me and they trusted me to know they would get paid. I would never stiff them.

But the cash began to burn more quickly and we just couldn’t keep up.

We were coming up on the middle of the month payroll and I knew there was no way I could make it, but that there was no timing on when I could.

I made phone calls to clients to politely, but firmly, tell them we had to get paid.

I made phone calls to vendors, the landlord, and other people we owed money.

I tried to work with the bank to have a line extended.

(As it turns out, they’re not super willing to lend you money when you most need it.)

The one thing I didn’t do is tell a soul how bad it was.

So, the day before payroll was due, I called our attorney and came clean.

He told me the only thing I could do was file for bankruptcy—and fast—and put that last payroll as the first creditor so I could pay my team.

I was ready to pull the trigger.

I don’t know what happened, but someone or something was looking out for me.

Because that afternoon, I picked up the mail and there were checks from several clients.

Enough to cover payroll for the next several months…and then some.

We dodged a serious bullet and I learned a valuable lesson.

When I tell that story now, clients say, “Why didn’t you tell me our not paying you was going to put you out of business?”

Employees said, “Man, it would have sucked, but we would have stuck with you if it meant we could keep our jobs.”

Friends said, “You should have said something! I would have loaned you some money.”

But I didn’t say a word.

I kept it all to myself and I thought it was a problem I had to fix.

I relay this story because that is exactly what I was reminded of when I read Maren Kate’s (the founder) blog post on what happened at Zirtual.

Titled, “Zirtual: What Happened and What’s Next,” like everyone else I was intrigued to see what she had to say.

After all, on Monday of this week, she sent an email to her team and their clients saying the company was in transition and they were ceasing operations for the time being.

Like everyone else, I couldn’t believe this company that talked about the importance of transparency would overnight close the doors without warning.

And then I read her side of the story (and this is where it becomes unpopular).

I feel for her.

I know what she’s going through. I know how hard it was for her to make this decision. I know she was working her butt off, until the eleventh hour, to get the financing to cover her burn rate. I know ceasing operations was the very, very, very, very last thing she wanted to do. I know ruining the trust with clients and with employees will keep her up at night for years.

Transparency it is Not

But I also think it’s immature and the decision was based on inexperience.

If she’d had a little more experience (after all, she showed up in Silicon Valley not even five years ago with a backpack and an idea) and had investors paying close attention (they raised only $5 million which, in investor terms, is not that much money so I’m convinced no one was watching the burn rate), there would have been action far before now.

Even though I don’t run a startup and I’m not flush with investor cash, I watch my cash flow—daily—to the penny. I know exactly when I will run out of cash, if nothing else ever comes in the door.

But that comes with experience…or a highly-paid finance team (which makes you wonder where her financial people were in all of this).

I didn’t get it until I had to face my team and tell them there wasn’t any money at all to pay them.

Peter Shankman jotted off a quick post that says, “The problem isn’t that you ran out of cash. The problem is how poorly you handled it.”

That, unfortunately, is true.

If she handled it with more maturity and gotten the help she needed (a client bought the assets and will reopen it) before she had to cease operations, 500 people and thousands of clients wouldn’t be faced with what to do next.

Still, I’d hate to be her right now. This was the hardest thing she’s ever had to do…and she may never recover.

P.S. Aly Saxe and I had a really fun debate about this yesterday and she thinks there is more to the story. If there is, and I was duped by Kate’s honest, but immature story, I’ll admit I was wrong.