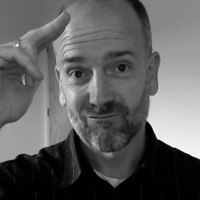 Years ago, there was a boy who spent much of his school day staring out the window, daydreaming.

To him, school was like the clink – a penitentiary so void of inspiration his imagination often left the room.

His creative spirit needed an outlet, but it was so stifling in there.

Children are imaginative and not afraid to be wrong, but we often lose this as we grow up. Do we grow out of it or does the system drain it out of us?

Innate abilities lost over time? Or are they never discovered? Passions are lost.

Our current educational system is a product of nineteenth-century industrialism. It is a model with a limited focus on specific subjects, considered beneficial a long, long time ago. That place isn’t far, far away, but it sure feels like it. This tired setup works for some, but many are left to wither on the vine.

One size doesn’t fit all

Most students receive a one-size-fits-all solution, not the creative or critical thinking they need.Kids don’t learn the same way. There are different types of intelligence: Kinesthetic, musical, linguistic, spacial, etc. People excel in certain areas, but struggle in others, yet our system demands children fit into one box and learn the same subjects, the same way.

In a post on his new book, “We Are All Weird,” Seth Godin wrote,

During the age of mass (mass marketing, mass manufacturing, mass schooling, mass movements) the key was normal. Normal was important because you needed (were required) to fit into your slot.

Well, the new normal is a bit abnormal, and uncommon little shapes don’t fit into perfectly square holes. Weird is in.

But … Billy’s odd AND distracted

Growing up in one of the most stimulating environments ever, kids have the ability to communicate with anyone, anywhere. All. The. Time. And we wonder why they’re preoccupied. If kids have difficulty, we often decide there is something wrong with them, or seek to medicate. Are they ill-suited for learning or are there defects in a system that tries to box them in?

Post-industrial economies rely on creativity and inventiveness. It is imperative the United States (and the world) have school systems designed for the twenty-first century. And with technology quickly replacing people, isn’t this more important than ever?

We often hear jobs are going overseas, but America will always be strong because of its intellectual capital and creative spirit. Problem is, we rarely ask our students to think creatively. As Alanis Morissette would say, “Isn’t it ironic.“

So, what about solutions?

With budget cuts, the pace of bureaucracies, and resistance to change, this might not happen anytime soon. Regardless, it is time to rethink the current system, or maybe that good old American ingenuity will be a thing of the past.

Maybe a good PR campaign is in order.

Do yourself a favor and check out Sir Ken Robinson’s speech on TED.com. A brilliant and engaging speech which summarizes this topic oh so well.

Will high-tech companies and innovators simply force these changes without government mandates?

Do you agree or disagree? Is this a pipe dream?

Craig McBreen owns and operates McBreen Design, but you can also find him at craigmcbreen.com. A rookie blogger and student of social media, Craig is originally from Baltimore, but now lives in Seattle, with his wife and two kids.