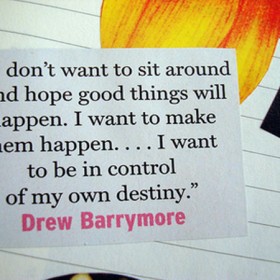 A week ago, former President Bill Clinton was on The Today Show to talk about the sixth Clinton Global Initiative and “jobs, jobs, jobs.”

Politics aside, he said something very interesting.

He said companies are sitting on $2 trillion they’re not willing to spend.

They’re not spending it. They’re not hiring people. And, when Matt Lauer asked what reasons business leaders are giving, Clinton said there isn’t just one reason.

He also said most business leader do not:

Most believe American workers are highly productive and more flexible so that’s not the issue.

Because of the anecdotal conversations he’s having with business leaders, he believes the best way to bring the economy back is to find ways, “sector by sector, to help increase sales and to make business taxes more competitive.”

Perhaps the companies Clinton and other leaders are speaking with are on Wall Street (Microsoft, Cisco, and Google), but here on Main Street, we’re not sitting on any cash.

As much as I would love for the government to help me increase my sales, I think there is only one way we’re going to get out of this: Stop blaming the economy and start working twice as hard to build our businesses.

It seems Mark Cuban agrees with me (or I agree with him – he’s slightly more popular than me). Yes, Mark Cuban the billionaire. The guy who owns the Dallas Mavericks.

He blogged, the same day Clinton was on The Today Show, that the most patriotic thing you can do is make a crapload of money. Yourself. He suggests not relying on the government to do it for you. Or to wait for someone else to control your destiny for you. Do it yourself.

Here’s the flaw in that thinking: We’re human beings. We like to have someone/something to blame when things don’t go our way. We’re inherently lazy. And we are always looking for shortcuts and the easy way out.

But I agree with Mark. We are the only ones who can change the way our businesses are run. If we all work to build our businesses, instead of complaining that taxes suck and the economy sucks and no one will buy what we make, we might actually change the economic outlook.

We’ve been presented huge issues by big banks and Ponzi schemes and unethical and dishonest people who were allowed too much control.

But what good is it going to do to complain about it? Why not work on growing our businesses so that, together, we can affect change?

Perhaps that’s naive or maybe you think I’ve been drinking too much of the American Dream kool-aid.

But, if there really is $2 trillion in cash in public and private companies, let’s work hard to find ways to not just create jobs, but to buy the products and services developed by those new positions.

Let’s spend that money and turn the economy around already.

We’re the only ones who can do it. Not the government. Not Clinton’s Global Initiative. Not a bunch of really smart people sitting in a think tank.

A portion of this ran as my weekly Crain’s column last Friday.