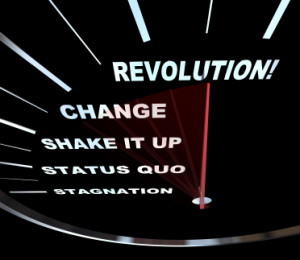 I’ve come to realize companies tend to fall into one of three culture camps: Those who believe in culture, those who don’t, and those who pay lip service to the concept.

There’s a divide among these camps—a distance that will widen with the increasingly important role of content marketing—the number one priority for marketers in 2013. Why?

Because the “pressure to produce more and more content tends to push marketers up into the shallows,” as Doug Kessler said in interview on culture’s importance in developing content.

At the same time, search engines such as Google are actively devaluing shallow content, while evidence is mounting that in-depth content is regaining shareability.

The contrast will be stark because few people can’t fake the funk for long. For many, it’s hard enough to produce valuable content with passion day in and day out. Great content marketing stands to benefit from a team effort and a team needs something in which to believe.

Culture as a Key to Brand Building

Content is a means to build a brand. It’s in part what we say, but more importantly, it’s a reflection of what we do. Content marketing therefore is not an act, but a habit.

For example, a business that wants to be known for excellent customer service has to actually provide great customer service and share those experiences. This may come in the form of media channels it owns, like a blog; media it earns through media or blogger outreach; or the curation of customer-generated content.

A corporate culture is not an award plaque mounted on the wall or merely a list of corporate values—it’s when those values are exercised habitually. Few would be inclined to disagree, so what’s the big deal? It’s the people in the organizations who pay lip service that I worry about. Those organizations need convincing, and the rise of content in marketing provides a sense of urgency.

Lip Service is From Mars

In the movie “Mars Attacks,” a satirical take of sorts on nearly every other high-budget doomsday movie, there’s an illustrative example. As the invading Martian forces comb the streets of America, shooting everyone in sight, they are simultaneously broadcasting a message that says, “Don’t run! We are your friends!”

It’s saying one thing while doing another, which is by definition, hypocrisy. In many ways some businesses have been able to treat customer service the same way. As Scott Stratten wrote, “Really, to be great at customer service, you only need to be mediocre, because everyone else sucks.”

Customer service is just one example. In business, hypocrisy can be rendered in many forms: A product that doesn’t match the marketing message, a service that does not withstand its guarantee, or even pricing practices that are designed to maximize profit at minimal effort and at the expense of the customer.

In a world where social media and content is increasingly blurring the lines between what is personal and what is professional, this is a hard reality for an employee to disguise merely for the sake of a paycheck.

Rand Fishkin, founder and CEO of SEOmoz, does an effective job of breaking down what is and what is not company culture. It’s not, he says, karaoke nights, bean bag chairs, or catered lunches.

“Those are fun things people who work together might have or do,” he wrote. “They may be indicative of a certain type of workplace environment. They may even stem from the culture that’s been created. But, they are NOT company culture.”

Fishkin says culture boils down to three organizational characteristics: Values, mission, and vision, and the way it manages the careers of its people.

“If you’re trying to figure out what a company’s values really are, look at the decisions management makes when lots of money, risk, or loss of face for executives are at odds with the stated values. Want to know the company’s mission and vision? Look at what they’ve intentionally chosen not to do, even though it could be lucrative. And if you’re seeking answers to why a company hires and fires, talk to the managers about their most unorthodox hires that have worked out, and the most regret they’ve felt when letting someone go (and why).”

Though by his own admission, it took years for Fishkin to appreciate the importance of culture in business, he has from my vantage point, largely succeeded. From business partnerships to new products to online marketing, he has developed a culture that fosters highly engaged and passionate employees. Their enthusiasm is reflected in its content and that is attractive to customers.

Rome wasn’t built in a day and neither are corporate cultures. The good news is, Rome was expensive and culture doesn’t have to be. But it does cost something: Hard work, diligence, and leadership.

Here are five ways to create a culture of content marketing:

Content marketing is not a buzzword, but it’s also not a panacea. Time, dedication, and the contributions of a highly engaged team, as a result of a corporate culture, are the foundations of a good program. With apologies to Mr. Drucker, if we can foster a culture for content marketing, we’ll all be eating three squares of strategy a day.

What leadership strategies have you developed for inspiring a culture of content?

Frank Strong is a classically trained PR professional with content marketing savvy. Find him on Twitter, Google+ or read more from him on his blog, Sword and the Script.

View all posts by Frank Strong