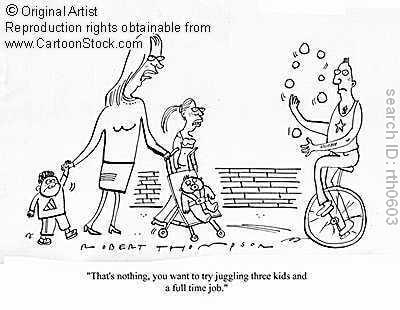 This past Sunday, I received a nice note from my hilarious friend, Laura Petrolino, asking me to comment on Saturday’s TechCrunch story, “Women don’t want to run start-ups because they’d rather have children.”

I’d be lying if I said I don’t think about what having children would do to the business. And not just one business (Arment Dietrich), but two (Project Jack Bauer). You see (and this likely won’t come as a surprise to any of you), I’m a perfectionist. It drives me crazy that I ride my bike 300 miles a week, eat healthfully (with the occasional cheese dip thrown in), and I still have this little spot above my left knee that I can’t get rid of – no matter how muscular the rest of my legs. I have a hard time sitting in my Vistage meetings and watching my peers talk about their businesses without wondering when I’m going to hit their level of success. My house is spotless, yet I watch an episode of Hoarders and spend the next six hours cleaning out every closet. Sure, it might be borderline OCD, but it affects every aspect of my life, from client service and building a start-up to a clean house and gourmet dinners.

So, how on earth, would I also add children into that equation? Because, if anything should be perfect, it should be raising children.

But I guess we can’t have it all, can we? And that’s why I don’t see very many women in First Class when I fly. And that’s why we don’t read about Megan Zuckerberg or Stephanie Jobs or Barbara Gates. Because, when it comes down to it, raising kids isn’t feasible if you also want to build the next Facebook, Microsoft, or Apple.

Doesn’t seem fair, does it? But in the words of my very wise mother, “Life isn’t fair.”

So the next time someone asks me why Mr. D and I don’t have kids and instead of me replying that it’s none of your business (which is what I really want to say), but instead joke about having kids in the form of two businesses and employees, don’t in one breath say, “Wow. That’s so sad.” And in another breath say you wish you could ride 300 miles a week and grow a business. Because, the truth of the matter is, you can’t have both.

P.S. Laura also wrote a great blog post today on this topic and combined thoughts from many women entrepreneurs. It’s worth checking out.

Seven Tips for Communicators to Prepare for What’s Next