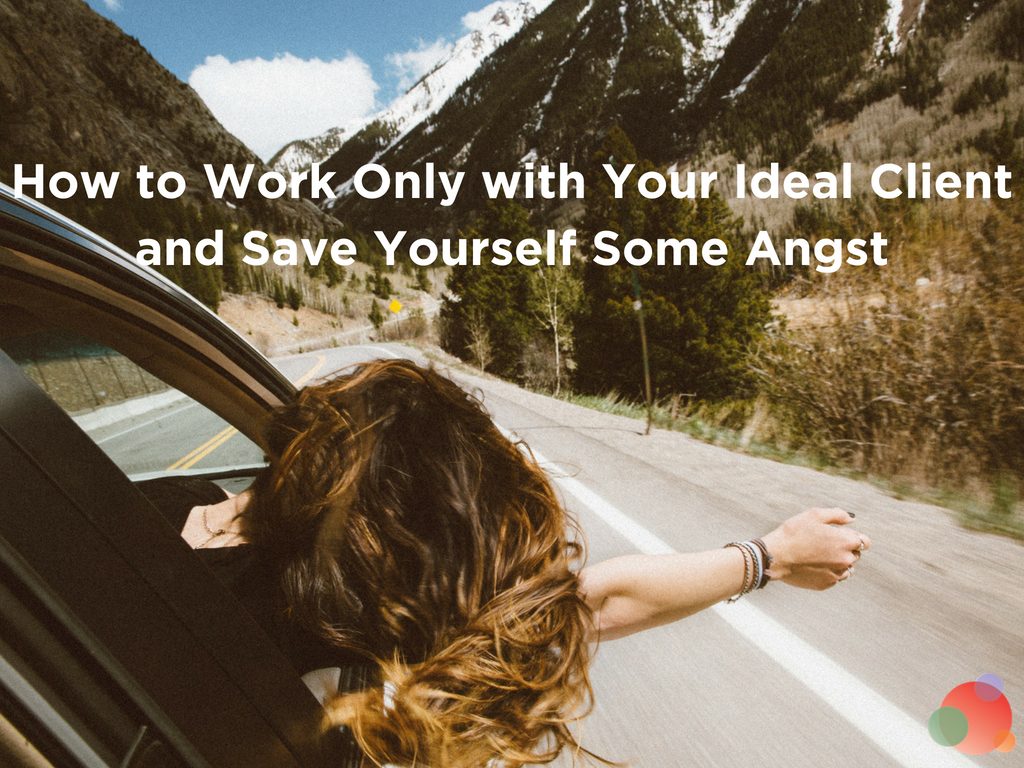 When I started Arment Dietrich, we had a managing supervisor who was probably the best communicator I’ve ever worked with.

I often regret that I was as young as I was when we worked together—she was definitely the only adult in the room—because I wasn’t mature enough yet to take her advice.

Rarely does a day go by that I don’t think, “Shawn used to say this to you…it’s about time you took her advice.”

One of her biggest things was to help me understand how important it was to build a business that had FU money.

The kind that allowed you to be selective about the clients you took on, and the things you would or would not do.

It took me a long time to realize it didn’t actually mean you had to have enough cash to be able to do that.

Money is never the issue when it comes to being selective…because you always want more and there is never enough.

Rather, it’s about confidence and your ability to say no when it isn’t a fit.

Playing Hard to Get

I often tell clients it’s a good position to be in when you play hard to get.

It worked when you were dating and it works with clients, too.

Even more, when you have standards and your ideal client outlined, it’s pretty easy to say no to those who don’t fit.

And imagine a life where you work only with your ideal client and never with someone who is going to ask for their money back at the end of your working relationship.

Or a life where the people you work with trust your advice and counsel and never with clients who don’t pay their bills on time or require you to overservice to keep their business.

We have a client who struggles with telling prospects no. She genuinely likes people, which means everyone to her is a great fit.

But I recently had her outline the clients she will work with—and those she will not.

When she got to the office this past Monday morning, there was an email from one of her prospects, asking her to jump through some additional hoops—after he’d said the business was hers.

She was really frustrated so I told her to go back to the lists she created. Was he on the ideal client list or not?

He was not, so I coached her through how to email him back and decline the business.

Yesterday she texted me and said, “I’m so grateful I turned that prospect down. It’s freed up room in my day to work on this project that’s been on my list forever.”

It’s about the confidence to tell people no, not in actually having FU money.

How to Spot the Red Flags

Likewise, earlier this year, I had several conversations and in-person meetings with a chief marketing officer for one of our targeted companies.

We got as far as signing the contract when she said, “I’d better have you come out and meet our CEO.”

Of course, that was a no-brainer for me. This was an ideal client, I LOVED the CMO and knew we’d work well together, and it was going to be a budget big enough to be a major game-changer for us.

I was already planning out our new hires and how I would shift my existing team to do the work.

The day of the meeting, I packed up a couple of copies of Spin Sucks, signed them both, and set out to Egypt (or the suburbs).

I spent a little time with the CMO, touring their offices and gaining a better understanding of their culture.

And then it was time to meet the CEO.

My first red flag is that he was late. Even though I’d already been there an hour, he was 20 minutes late to the “meet the CEO” portion of the meeting.

Then, during the meeting, he kept checking his phone. Red flag number two and I was feeling less optimistic about our working together.

When the meeting ended, I stood up and shook his hand and gifted him the book I had signed for him. He didn’t take it from me.

I don’t read books so you may as well keep it.

I fumed all the way home. What harm would it have done for him to take it—MY BOOK THAT I WROTE—and gift it to someone on his team?

That was the final red flag for me. And it was more that he didn’t accept the gift or that I had signed it to him so I couldn’t give it to someone else.

It was because he said he didn’t read books, which tells me he’s not coachable, forward-thinking, or a consistent learner.

Those three things are on our “ideal client” list and he didn’t fit any of them.

I let it sit overnight and I talked to my team about it.

Then I called the CMO and said I didn’t think it was a good fit. I told her we were going to remove ourselves from the process.

She said, “I feel like we’re breaking up!” I said, “Me, too!” We commiserated a bit on the phone and went our separate ways.

She was respectful of our decision and they hired a different firm.

It wasn’t like we had FU money. On the contrary, we could have used that game-changer client.

But we’ve worked really hard, as a team, on who we want to work with—and who we do not.

I think everyone reading this could guess how that relationship would have turned out.

They would have stopped paying their bills on time.

We would have overserviced and become resentful.

We probably would have had to fight them in court to get paid what they owed us.

It would not have ended well.

And it would have been my fault, because I ignored the red flags.

I’ll admit I patted myself on the back and whispered to Shawn’s voice in my head, “We finally have FU money.”

You, too, can have FU money.

Like I said, it rarely has to do with actual money, but in the confidence to be able to say no.

To do that, you have to outline the qualities and characteristics of your ideal client. And then flip it around and outline those you absolutely will not work with.

Take out a piece of paper and do this work right now:

For example, our ideal client for a new program we just launched is this:

We only work with agency owners who are motivated to move out of their comfort zones, do the work required to get results, and are accountable to what they said they were going to do.

And the flip side is this:

We absolutely reject clients who look for reasons our process won’t work, are know-it-alls, and who don’t show up, either emotionally or physically.

I have those written down and posted above my computer so I know, when I talk to someone, if they are a good fit or not.

There rarely is a day that I don’t talk to someone who isn’t a fit—and I now have the confidence to steer them in a different direction.

And I wish that for you.

It’s not easy the first couple of times. You really second guess yourself.

But I promise you, if you do the work outlined above and stay true to it, you will be far happier in the long run.

Here’s to you and your FU money!

Photo by averie woodard on Unsplash