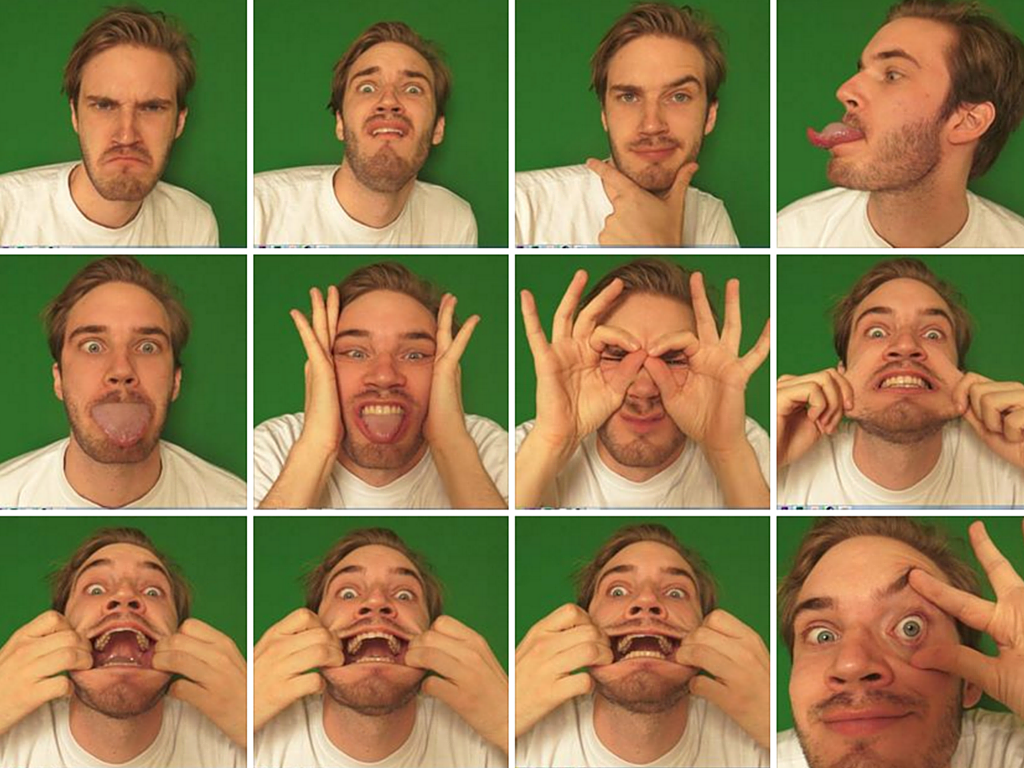 In the information age, game-changing leaders can emerge from practically anywhere.

One of the most notable cases of this phenomenon has been gamer PewDiePie (known offline as Felix Kjellberg).

He’s amassed more than 37 million diehard subscribers to his YouTube channel, where they eagerly await his next gaming adventure.

The space in which PewDiePie made his name, generally referred to as “Let’s Play” video series, didn’t even exist a decade ago.

While I can’t say I follow his content (I’m hardly his target demographic), I do think there’s something to be learned from the phenomenon that is PewDiePie.

His specific strengths and value system make for a compelling study for brands interested in positioning themselves as industry leaders.

Engage your community of followers

Industry leaders have to engage with their adherents as well as their critics—something PewDiePie seems to understand.

Along with regularly responding to comments and questions on his channel, he also hosts regular fireside chats (known as “Fridays With PewDiePie”), which are aimed at teaching teens about self-acceptance.

Followers can see PewDiePie is passionate about using his content to connect with people, a strategy that’s just as relevant in the marketing world.

When your community of followers can sense your brand is intensely invested in them, they’re far more likely to latch on for life.

One way to show you’re invested is simply by being interested in the things your community of customers cares about.

Listen, learn, and engage in an ongoing conversation.

It can be as simple as monitoring trends and insights and letting your customers know what’s happening and what they can expect.

Be a thought leader, and engage them.

Ask their opinions on the trends to get the conversation moving.

Whether it’s criticism about the type of games he plays, his rather brash antics, or simply a denunciation of his annual income, PewDiePie’s comment section is more than merely a chorus of echoes extolling his greatness.

Rather than attempt to win over his implacable critics, PewDiePie puts his energy into generating unique content with which his audience connects.

All industry leaders have to make difficult decisions that will raise the ire of some.

As long as they come from a place of reason and concern, it’s crucial to stand behind them and remain true to what your brand stands for.

It went through a tough global crisis a few years ago when it faced increasing competition and an economic downturn.

The company had to close several locations and layoff thousands of workers.

Throughout the process, however, Starbucks maintained its authenticity by continuing to focus on balancing profitability with social awareness.

If, back in 2005, a friend said he was going to drop out of college and record videos of himself playing video games, you may have laughed.

For industry leaders, it’s not about blindly embracing the unknown and hoping it works out.

PewDiePie saw where the combination of technology and culture was heading and used this insight to exploit an opening in the market.

Taking calculated risks must be imbedded in your company’s DNA if you want to continue to innovate and grow.

At Mitchell, we took a calculated risk about six years ago when we branched out of the typical PR agency model and invested in a full-service creative division.

This allowed us to offer strategic integrated marketing and communications solutions before it was an industry standard.

We watched trends and anticipated where we thought the industry was headed.

Did we know for sure?

But we were willing to trust our instincts, and it has paid off.

Focus on doing great work, and success will follow

Instead, he commits to finding new ways to engage his audience—whether through his recent book deal or new YouTube projects.

It’s okay to appreciate the fruits of your labor, but they should always be secondary to the task of doing whatever it takes to make your team more effective.

An industry leader who simply basks in the glow of short-term success will quickly fade into oblivion if he or she doesn’t continue to innovate and engage.

Admittedly, I’m not a part of PewDiePie’s fandom, but the phenomenon can’t be denied.

These are four lessons I’ve derived from his work, and they transcend all industries.

What can you learn from PewDiePie?

Sarah Clark is CEO of Mitchell, a leading integrated PR firm that creates real connections between businesses, brands, and people through strategic insights, customized conversations, and consumer engagement. Mitchell is the flagship PR agency of the Dentsu Aegis Network, which is the 2017 and 2018 MediaPost Holding Company of the Year.

View all posts by Sarah Clark