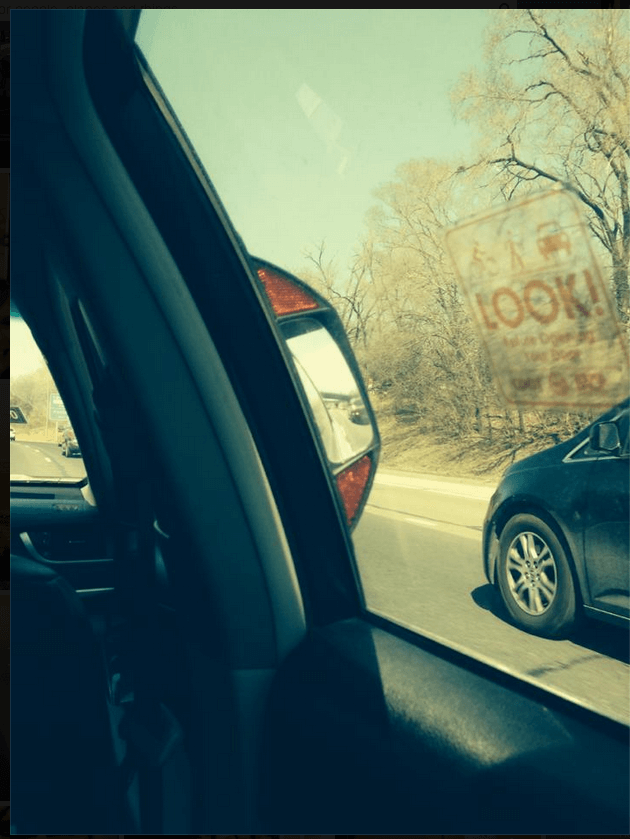 On Saturday afternoon, I went out for a bike ride and nearly lost my life.

That might be a slight exaggeration, as I don’t know that I could have died, but it felt like I could have, had I gone down.

You see, a man in his big tan Lexus SUV, with his wife and toddler in tow, decided he owned the road and didn’t want me out there with him.

I was in the bike lane, riding with the flow of traffic, and he thought it’d be a fun game to box me in.

Imagine, if you will, a great big car to my left, me in the bike lane, and parked cars directly to my right.

There is plenty of space…as long as no one opens their parked car door without looking.

Which is exactly what happened with a cab as Mr. Road Owner got closer and closer to my left.

When I swerved to miss the open car door, I hit the side of his car. He rolled down the window, reached across his wife, flipped me the bird and said, “Get the *&!&* off the road.”

He sped away and, try as I did, I couldn’t catch up with him to get his license plate number.

Which leads me to my annual bike safety blog post.

No matter where you live, bikes are allowed on the road.

If you live in a place like Chicago, bikes are not allowed on the sidewalk so the only place they can go is the road. And, for many of us, it is our form of transportation.

While laws vary state-by-state, following are a few things to consider everywhere.

There are plenty of us who aren’t jerks on our bikes. We’re out there either getting exercise or running errands.

Think about it this way: Would you rather wait the extra three seconds to give the cyclist some room or risk hitting them and killing them?

Be careful out there. Inform yourself. And share the road.