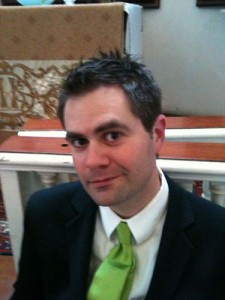 I’ve been blessed by living among entrepreneurs my entire life. I’ve learned a lot from them and they inspired me to drop the dreams of being the next Jacques Cousteau and head straight to Babson College, which has been named the #1 undergraduate program for entrepreneurship for 15 consecutive years.

As a result of choosing a life of working within and founding a couple of start-ups, I get to dabble in adjunct teaching of entrepreneurship at Boston University.

As a result I can say one thing: Entrepreneurs suck.

I’m addicted to start-ups, but it’s begun to take its toll on me emotionally and financially. “One more hit,” I say. “Then I’ll quit.”  That’s because no illegal narcotic can give you a better rush and ruin your life more deeply than choosing to be an entrepreneur.

1. Entrepreneurs think they have the most beautiful baby on the block.

No parent will tell you they have an ugly kid and no entrepreneur will tell you their product sucks. It’s that stubborn belief in the quality of the product and unwillingness to be told otherwise that will kill the company before it gets out of the gate.

Eric Reis, the Lean Start-Up guy, says, to summarize, get the product out there with some good features, but let the market determine where it should go and release updates accordingly.

Is the entrepreneur OK with a full-version version of the product not existing?

More often than not, an entrepreneur has a vision in their head, but is incapable of clearly communicating it to anyone. As a result, two things tend to occur: They surround themselves with “yes men” who agree to anything without putting any thought into it or they bring on board critical thinkers, but create a poor working relationship because the critical thinker needs most, if not all, of the information before putting a strategy forth.

Part of this is a result of needing to compete in a very noisy environment, especially when searching for partners, investors, advisors, and/or board members. Where it becomes a major problem, is when the lie gains traction and eventually becomes the truth. The result can have drastic effects on the business. Investors or vendors can feel duped. Customers and partners will walk away. Most importantly, reputations can be tarnished in the long-term.

Because they are so engrossed in the vision, entrepreneurs tend to shift themselves into an alternate reality where negativity doesn’t exist. If handed criticism or a “no” from a customer, the entrepreneur tends to disavow any knowledge of it and moves forward without processing why. This goes back to the ugly baby issue, but every business has tough times and the alternate reality is just another form of hiding from problems.

A start-up is small and moves swiftly. Decisions can be made in an instant. Strategy can be implemented with minimal investment. The challenge arises when others, such as customers, investors or partners, are brought into the mix. When an entrepreneur interacts with them, they are the #1 priority. To the customer, investor or partner, the entrepreneur is more likely priority #157. Entrepreneurs are in such a hurry they can’t see the value of what a little patience can bring.

Many entrepreneurs can take a start-up to a certain point. Some complete the product development, but can’t generate revenue. Some generate revenue, but don’t know how to grow the business. Success usually means an entrepreneur has to give up a significant amount of control. The baby is growing up and needs to be nurtured by others. The fear of losing control as a result of success, is probably the number one killer of a growing start-up.

Entrepreneurs, when it boils down to it, only trust themselves and they’ll make every excuse in the book to justify retaining power. This is why a promising young company, generating $10 million annually, can disappear in an instant.

I have experienced more character flaws, but these are the core issues that every investor, partner, customer, and vendor need to be concerned about. I have nothing but respect for entrepreneurs. I love helping and sharing my myriad of experiences with them, but they are, more often than not, humans at their worst and many can be harmed as a result.

Marc Girolimetti is an award-winning, 16-year veteran of the interactive agency and software worlds. He’s founded two companies and been part of four more start-ups covering news, entertainment, advertising and gaming. A graduate of Babson College, Marc lives in the Boston area and believes pinball is the source of world peace.