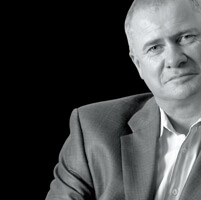 Last weekend I tossed out six boxes of techno-junk. Six boxes! I’m talking BlackBerries, iPhones, old Nanos and Shuffles, computer keyboards, a Bamboo tablet, a Logitech I/O Pen (what on earth was that?), speakers, headsets, and more cables than I would need in three lifetimes – and that was in just one of the boxes.

See, I am a techno-addict (or as the gadget manufacturers call me so as to keep me guilt-free and buying their stuff, an “early adopter”). If it’s shiny and new, I’m there, usually accompanied by my good pal, “overnight shipping.”

So I was taken aback when I surveyed my newly cleared work environment on Sunday afternoon and realized how good it felt to see all that stuff…gone. I sat for a while, drinking it in, stunned by how freeing it was. It became clear that I had tied up a lot of psychic energy in my head just by having all that stuff hanging around – even if it had been jammed behind a bulging cupboard door.

I felt a burst of creative energy and a relaxing sense of flow that even now – almost a week later – I still feel when I walk into my newly de-cluttered office. It’s like I opened an enormous pair of French windows to let in the sun and fresh air.

It wasn’t until the next day that I began to recognize a growing sense of deja vu. There was something about what I had just done that seemed very familiar…

And as I reminisced, trying to snag the end of the vaguely unsettling echo in my mind, it slowly came to me. What I’d done for myself the day before was merely the gadgetry equivalent of a key precept for just about every business: The need to constantly de-clutter, slim down systems, and streamline processes in order to maintain (or regain) their agility, creativity, and entrepreneurship.

Take a look around: How much of the “stuff” that surrounds what you do as a business needs to be boxed up and thrown out? Maybe there’s a weekly review meeting you started a while back that frankly isn’t achieving much; or a bunch of questions on your performance assessment process that are pointless and yield no actionable data.

Perhaps you’re making potential new clients jump through hoops to engage you because of a process that seemed sensible at the time, but in retrospect, just gets in the way. Or maybe it’s your procurement process, or the way you hire, or the overly complex accounting software you’re using that takes three hours of someone’s time just to issue an invoice.

“Process bloat” varies from business to business. Whatever – wherever – it is in your organization, you need to find it, and eradicate it.

All businesses bloat, all the time. Yours is no different, and is not exempt; it’s just that your bloat is hiding somewhere, and your job is to seek it out. Do yourself a favor this coming weekend. Grab some boxes and start junking those inefficient processes and systems.

You’ll feel better in the morning, I promise you.

Les McKeown is president and CEO of Predictable Success, the leading advisor on accelerated business growth. He is the author of the Wall Street Journal and USA Today best-seller “Predictable Success: Getting Your Organization On the Growth Track – and Keeping It There.”

Surviving and Thriving: How I Successfully Built a PR Firm During a Pandemic

Facebook Outage Proves Why You Need a Strategic Communications Plan