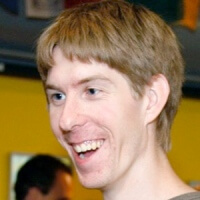 Guest post by Tim Jahn of Beyond The Pedway.

I’m a new dad and an entrepreneur, so I’m familiar with the idea of failure. I have a hunch you are too. We’ve all experienced failure from time to time. The key is to harness that failure into useful lessons.

My son is only about two months old. He has yet to attempt standing up, crawling, walking, talking, swimming, biking, or algebra. But in a matter of months, he’ll try to start crawling. Once he conquers that, he’ll attempt to start standing up and walking around like his parents do.

He’ll fail. I can say with almost certainty that my son will fail at his first attempts to walk.

Because it’s natural. It’s human. We try something and if it doesn’t work out, we figure out why and do it again. Often times, failure is one of our best teachers. Failure demonstrates what didn’t work and sparks us to think about what could work instead.

The first few times my little guy starts trying to walk, he’s probably going to fall down. And he’ll probably get angry about it. But each time he falls, he’ll learn a tiny bit about why he fell and what he can do next time to help prevent another fall.

The whole thing sounds simple now that we’re older. But we too fall, every day.

We try new pricing models for our products but they’re not quite right. We experiment with new return policies for our customers but our customers aren’t exactly thrilled about it. We realize the all-star team we hired might not be such all-stars.

And we’re not alone. Really successful fellow entrepreneurs have walked down this same path.

Nathan Blecharczyk, Brian Chesky, and Joe Gebbia, founders of the popular travel website Airbnb.com, launched the site twice before gaining critical mass. After tweaking the business following the first failure, they tried again. No luck. They took a step back, examined what went wrong, and realized they needed more focus in various areas of their business. So they focused. And the third try was a charm.

Dennis Crowley, founder of the popular location service Foursquare, created another location website years ago called Dodgeball. That site was purchased by Google and subsequently shut down. Dennis took some time to examine his failures from Dodgeball and retool them into a brand new idea, which is now the most talked about location service today, Foursquare.

We’re all going to fail once in awhile. We’ve been doing it since the first few months of our lives. The key is to harness those failures into something we can learn from.

I’m excited for my son to start learning to walk soon. I know he won’t nail it right off the bat. But I’m ready to help him up each time he falls.

It’s the only way he’ll learn.

Tim Jahn interviews creative entrepreneurs on his website Beyond The Pedway.