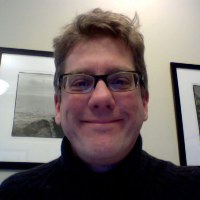 I’ve been reading all week about the incredible numbers surrounding the Groupon/Google deal. Six billion dollars is a LOT of cash for a digital business, no matter how mature. There are so many pundits on both sides of this thing that it’s starting to make me dizzy and I have to say everyone has been making some pretty compelling arguments. The more I read about the dizzying growth numbers at Groupon, the more convinced I became that Andrew Mason and his VC backers did the right thing by walking away.

But then the one benefit of being 50 and a 20-year veteran of the digital space kicked in – perspective. My memories of the internet boom of the ’90s came flooding back and I recalled heady times full of those goofy IPOs, the Time-Warner/AOL deal, AltaVista (who?), Inktomi, and Amazon-killer Value America. Remember Pets.com? History. EA.com? Dead. AOL? A shadow of its former self. ShopNBC? Still around, but I can’t remember the last time I visited.

All of these were, at one time, the Groupons of their day: Huge darlings of the Internet boom, full of promise, tonning the revenue, building huge warehouses, and launching IPOs. Their founders all hit the media circuit like conquering heroes.

But where are those businesses now?

They all had flaws that created a shelf-life.

Fast-forward 15 years and here we are basking in the glow of an entirely new set of young conquering heroes. Sure, they are all running fantastically popular web properties and are confident what they have built will stand the test of time, reigning supreme over their competitors forever. But in my experience, that’s just not the case. MySpace is potentially on the block as Rupert Murdoch stares at a dead model. Bebo is an $850MM corpse. The popularity at Facebook has peaked, in my opinion as privacy issues, excessive bragging and just plain social fatigue have kicked in. I really wonder if Zuckerberg will ever get his value out. Ebay has ceded its dominance to the likes of Groupon and the local storefronts on Amazon. Most Internet businesses last five years, if they’re lucky; I can’t remember any big web properties except Google, AOL, and Yahoo! lasting more than 10 years in any meaningful way.

Now don’t get me wrong, I’m a huge tech company fan, and an even bigger fan of the power and transparency of social marketing. My simple point here is that THINGS CHANGE. And fast. The massive growth at Groupon is impressive, and their local sales force has established some pretty formidable beachheads in the communities they serve, but in the end they are just shared coupons. Group buying has been a disruptive business model in the short term, but is it good for the Groupon merchants to discount their sales so much? Will it suffer the inevitable fatigue most social apps suffer?

Because Mason has said  Groupon is looking at going public in the next little while, it’s also important to remember the effect of an IPO on expectations and operations. Once you have shareholders, the pressure really amps up. They want to see consistent growth all the time, forever. Does the Groupon model account for the constant pressure their merchants feel to keep offering these discounts in such high volumes? There’s buzz out there these merchants are already seeing Groupon customers rarely come back and remain loyal–they move on to the next deal, as you’d expect. As Groupon has matured, users have also noticed their deals are, well, less of a deal. Deals that used to be 60 percent off aren’t as great as they used to be.

Groupon is benefiting from the new customer effect but their returning customers are gradually using the site less and less; the affect of this on the company’s valuation could increase exponentially in a public setting.

Finally, there’s the issue of, well, ego and greed. What more could you need after a $6 billion sale? If Google offered me that kind of money for my start-up, I’d retire to St. John’s or Lake Como, like NOW. Why wait? You’ve won! I’m sure running the latest Internet darling is a lot of fun and very professionally satisfying, but as I’ve mentioned, Internet companies with substantial life spans are few and far between and I’m surprised the Groupon folks didn’t ponder just how lucky they really are. Besides, they’ve already made the only social media movie they are going make.

I don’t think they’ll see this kind of offer again, even in the public markets. I hope I’m wrong, but I’ve just seen this too many times.  If I were Andrew Mason, I would have taken the cash behind door number three, Johnny.

Rusty Speidel, a 20-year veteran of the digital space, has a long history with major digital brands as a creative director, user experience designer, and social media entrepreneur. He founded Rowdy.com, a social network and media company for sports fans, and is now VP of marketing for a renewable energy company in Charlottesville, Va.