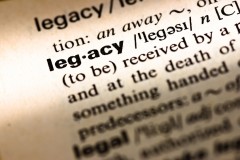 Just a few days after graduating from Yale, Marina Keegan and her boyfriend were on their way to Cape Cod to celebrate her dad’s 55th birthday.

Her boyfriend fell asleep at the wheel and, because Marina’s seat was reclined, her seat belt didn’t work the way it should have.

Marina was killed. Her boyfriend walked away unscathed. She was 22.

A promising young writer, Marina had already secured a job at The New Yorker and had already written a collection of poems and stories that are to be published tomorrow in The Opposite of Loneliness.

Her legacy was built before she truly began her life.

A fictionalized story, Stuck in Love, is a movie about a famous author who encourages his kids to write from a very young age.

The moment they learned to write, he had them keep journals (something I wish I’d kept up on past the eighth grade, but nosy brothers…) and refer back to them as their writing matured.

He encourages them to live life, to go out and get experience, even to “get laid and do drugs,” so they had something to write about.

The story ends happily and both kids end up being published (I haven’t ruined anything, if you haven’t yet seen it) at the ripe old ages of 16 and 19.

The biggest criticism my creative writing professor gave me all through college was I wasn’t writing about the hard stuff…the stuff that hurt me so deeply, I refused to acknowledge it.

That might still be true today, though my fiction has never seen the light of day.

I’ve been focused, instead, on a legacy of building Arment Dietrich into a global force to be reckoned with and to change the perception of the PR industry forever through the work we do on Spin Sucks (both the blog and the book!).

But the true legacy I want to leave is one of storytelling through fiction.

If something were to happen to me today or tomorrow or next week, the two companies I’m building would live on (hopefully Mr. D would sell them both to my team), but the fiction you’d find on my laptop would only be half-baked…maybe only a quarter baked.

Mr. D wouldn’t have anything to take to any publishers and that part of the legacy I wanted to leave would never come to life.

Reading the story about Marina and seeing Stuck in Love this past weekend, reminded me we don’t know how long we are to be on this earth.

Suddenly my college professor’s words popped back into my head and I felt an urgency to put those experiences onto paper.

What are you doing today to build your legacy for tomorrow?