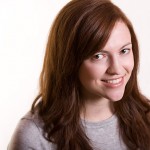 Guest post by Liz Caradonna, an associate at Zócalo Group and a lifelong improviser

In improv, “yes, and” is shorthand for the state of being completely open, accepting and uncritical toward the contributions of your scene partner. So accepting, in fact, that you’re able to embrace and extend your partner’s ideas as if they were your own. Someone on stage just called you “Grandpa”? Accept and further that. Yes, you are their Grandpa. And… perhaps Grandpa has some riveting stories to share from his time serving overseas.

Congratulations! You’re improvising. Improv is not really about being funny. It is about collaboration – a deep, connected state of cooperation between people in the act of creation. At its most collaborative, improv is joyful, effortless, and exhilarating. What if you could make your office feel like that?

Here is one simple and subtle way you can start yes-anding at work this week: Change the way you facilitate team brainstorm sessions. In your next brainstorm, instead of just writing down each suggestion as it comes up, pause after the first person offers an idea. Acknowledge the person, and take a moment to extend what they’ve just said. Get everyone in the group involved in this step. Ask questions to the rest of the team:

* Where does that idea lead you?

* Is there an angle of it that can be extended further?

* Does it have any interesting or surprising implications for the client or project?

Be patient. The group may want to move on to the next idea right away, anxious to generate as much creativity as possible in the time allotted. This is understandable – the traditional brainstorm is built on a principle closer to “yes, or.”

But when you make an earnest effort to engage in a judgment-free exploration of each idea, you’ll quickly come to realize that any idea can be built upon.

What’s more, these explorations will lead the group toward a more fully shared understanding of the assignment – inspiring new ideas that are ever more likely to resonate with the group’s purpose.

After all, the ultimate objective of a brainstorm is to generate a plan for the group to pursue. There’s actually no award for having the most words written on the whiteboard at the end.

Brainstorming in this style regularly will increase the confidence of your team members as they begin to suspend judgment instinctively and grow to think of themselves and each other as smart people whose ideas are almost always viable.

It also helps build community within a group – when your idea becomes our idea, we can drop any biases we came in with and pursue the project with a mutual feeling of pride and ownership.

“Yes, and” is both the mind state that makes teamwork possible and the feature that makes teamwork enjoyable. People want to play with others who make them feel good at playing – and there’s no better way to make someone feel brilliant than to accept their creations, for a moment, as established fact upon which you’d like to add your own.

Try it, and see what happens.

Liz Caradonna is an associate at Zócalo Group and a lifelong improviser. Visit her on the web at e-liz, or follow her on Twitter for up-to-the-minute weather reports and wisecracks.