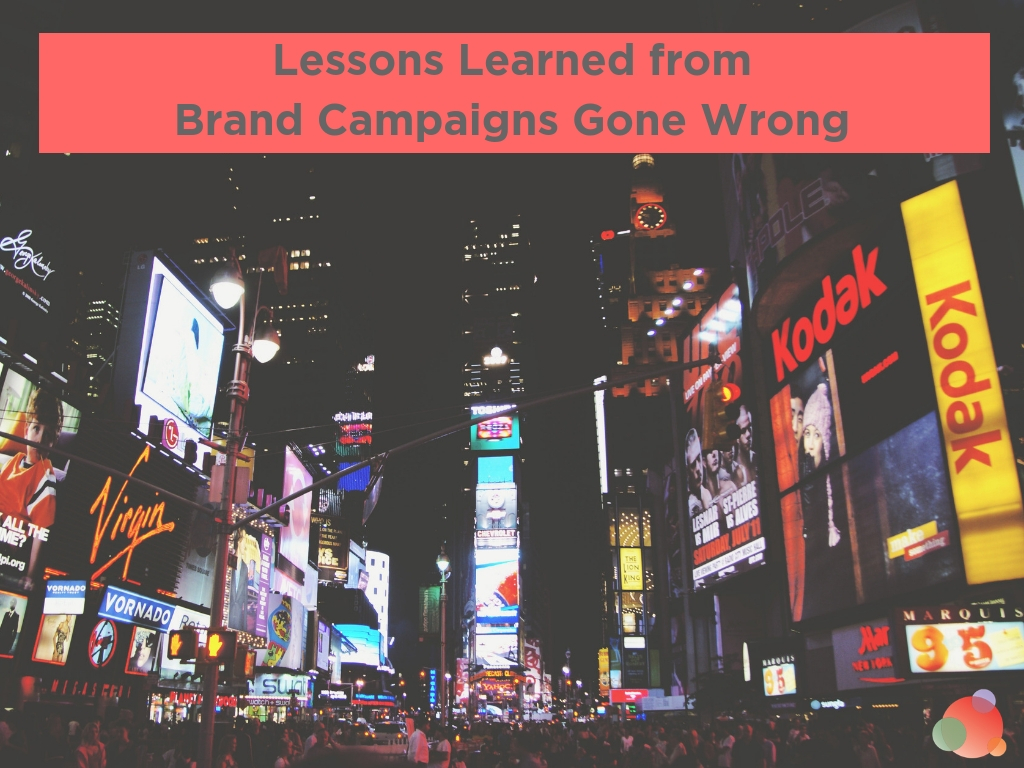 In the middle of June, you get to go to Cannes and enjoy the spotlight.

It must be the lure of the Cannes Lions that makes so many communications professionals go above and beyond to make sure their campaigns stand out.

But dreams can easily become nightmares when a campaign fails.

While a brave and innovative campaign can bring big wins for the author and the brand, it can also backfire.

Let’s see what these brand campaign fails can teach us so we don’t make the same mistakes.

Often described as a “pretentious, overproduced celluloid mulch,” the creative showing a multicultural crowd rioting for… uh… who knows what with Jenner saving the day (with Pepsi).

It fell so flat on its face that the backlash it received prompted the company to pull it from YouTube, and issue this statement:

Clearly, we missed the mark, and we apologize. We did not intend to make light of any serious issue.

But a focus group, review board (both may have been employed, it’s hard to say for sure), or really, any other form of user-testing likely could have signaled how controversial the creative might be.

Not to say brands shouldn’t take chances, but checks and balances help ensure organizations and their marketers “stay on brand.”

What started as a good idea to show the future of technology, turned into PR madness for the company.

Why? Because it took the internet less than 24 hours to corrupt the AI-powered software.

The intentions were good—to engage people in, as the company stated, a “casual and playful conversation.”

Now, I admit that users fabricated many of Tay’s nastiest remarks. Because, as it turned out, you could ask the bot to repeat after you by including a clever tag in your original message.

That said, many other messages came from the AI directly.

Both the ease with which users were able to manipulate the AI and how that AI develops its algorithms raise serious concerns about future use of artificial intelligence.

Not to mention, the crisis stained Microsoft’s brand in the process.

Lesson learned: Perhaps including “stop words” (phrases Tay doesn’t respond to) would have eliminated (some of) the risk. Again, it’s easy to look back and offer up suggestions as to what we would have done, but with some brand protection processes in place, one would think much of the damage could have been avoided.

For instance, one would think early testing and, dare we say, common sense, might indicate that the bot should not be repeating everything a user said to it. But, it’s hard to know for sure what safeguards or other measures were put into place.

Ultimately? Respect technology and what it can do, and make sure you have a firm understanding of each and every outcome, along with a process in place to manage any unexpected outcome.

McDonald’s Filet-O-Fish TV spot is another example of a campaign turning far from what its creators had intended.

The creative features a mother and son talking about the boy’s deceased father.

As anyone might imagine, the conversation hardly puts the child in a good mood, particularly as it reinforces the fact that the two don’t have much in common.

That changes, however, after they visit McDonald’s where the mother reveals the Filet-O-Fish sandwich was the boy’s dad’s favorite as well.

The ad drew criticism for focusing on child bereavement. And viewers found the ad insensitive, leading the brand to pull the TV spot amidst protests.

Lesson learned: Don’t target such deeply personal issues in campaigns. That said, sometimes you have to take risks when you’re trying to stand out.

Rather than focusing on whether a brand should target certain issues, perhaps the lesson is about asking the right questions: Does this align with our brand message?

Luckily, the company acted in the best possible way. Not only did McDonald’s pull the ad, but they also promised to review the creative process to ensure it didn’t happen again.

Campaign Fails: You Want a Tattoo of What?

Similarly, Dominos had to drop their Free Pizza for Tattoos stunt after just five days. This time, it was because of too many participants. 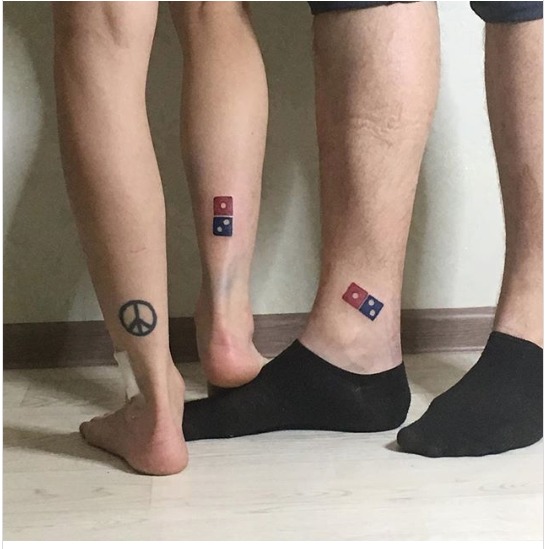 The campaign offered 100 years of free Domino’s pizza to anyone who got a tattoo of the company logo and shared the image on social media.

Quite predictably, Domino’s then got a slew of images showing their logo tattooed on people’s legs, arms, and pretty much anywhere else, prompting the company to end the campaign early.

Lesson learned: Know your customers. Most likely, the company didn’t dig into their audience well enough. And certainly, they didn’t realize just how far people would go to get free pizza for life.

With that in mind, ask yourself these questions: Do you have a plan for every eventuality? Have you gone through all the “what ifs?” i.e., “What if [insert massive number of people] actually follow through?”

What’s next? If you can’t answer that question, if it strays too far from the brand message, or if you’re just not sure, perhaps you should go a different way.

Finally, a Dove advertisement also drove huge criticism. The reason? Well, see if you can spot it. 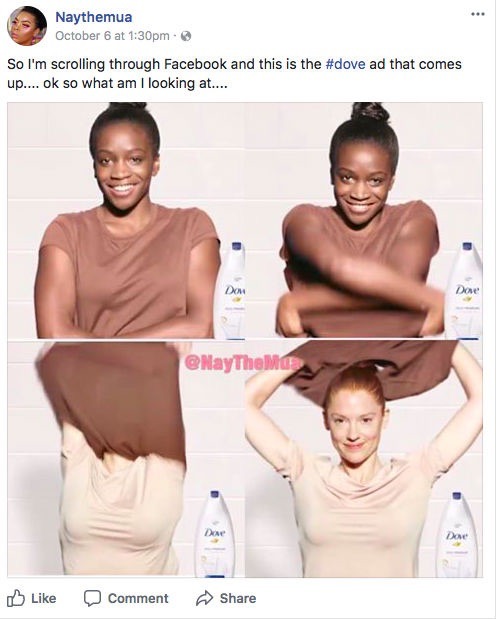 The brand was accused of racism, had to pull the creative, and post a lengthy apology.

Even Lola Ogunyemi, one of the women in the ad, posted a statement, saying:

When Dove offered me the chance to be the face of a new body wash campaign, I jumped. I had no idea I would become the unwitting poster child for racist advertising.

Lesson learned: Always run creatives through a focus group so you can identify potential issues with the campaign.

But that’s the nature of large-scale communications campaigns, isn’t it? They can help generate enormous buzz around a brand along with significant results. But the campaign can just as easily backfire.

You can’t always avoid a campaign fail, but you can make sure you have measures in place to mitigate that risk as much as possible.

Taking the Risk (or Not)

But having been in communications long enough, I know that not every brand feels comfortable with the associated risk. For many, when a campaign fails, that simply mean your tactics weren’t as successful as you would have liked. Sure, they didn’t achieve the level of success you wanted, but they didn’t adversely affect the brand’s integrity, either.

But that doesn’t rule out bold. Or edgy. And there are plenty of options in between.

Brand teams can build smaller exposure and visibility first. And only then, when they’ve covered the bases, move to a large campaign.

That way, even if the creative stunt backfires, they have something to fall back on.

True, it might take a bit longer. But, the results can outshine what a large campaign may deliver.

Drawing from that, here are a few ideas on how to get started.

Content has always played a critical role in communications.

For example, the aim of the press release was to help brands tell audiences about recent developments and more. And other branded content introduces products to potential buyers, and so on.

So although the type of content we use today is different, the purpose remains the same.

And in doing so, you embed the brand in their mind, attract them to the site, and perhaps, affect their buying choices.

By publishing reports, an analysis, or any other data-driven publications, you help generate media mentions, reposts, quotes, and drive brand awareness.

For example, my company did a big content campaign featuring a cryptocurrency study. It got us mentions in Business Insider, Reuters, Bloomberg, and many other large publications.

Why? Because it was targeting a high-profile issue. It gave the media data and information to include in the material they were going to publish on the topic.

They Google information about their problem, hoping to learn more about available solutions.

For that reason alone, gaining visibility and securing online real-estate has become the primary goal for many businesses.

After all, the more people who find their brand while going through the buying journey, the greater the chance for conversion and sales.

Many digital communications and content specialists work closely with SEO teams to ensure the content they promote is:

Social media can bring brands and customers so much closer to each other.

It allows both sides to have meaningful conversations.  Discussions which can convert into lasting business relationships.

As communications professionals, we can initiate many of those, drawing the audience closer.

For example, our Twitter chats regularly attract hundreds of participants. What’s important is most of them come directly from our target audience—SEO and digital marketing professionals.

The result? We get to chat with them regularly and exchange ideas. But we also give them the platform to share their expertise.

No. Or at least, not entirely.

But big and bold is only part of the mix.

The lesson(s) we can learn from these brand campaign fails? Ensure you have a process or practice in place which protects the integrity of the brand.

That’s why brand awareness and reputation are so important. And sometimes, so difficult to manage.

But whether you’re a long-standing, stalwart brand, or a fledgling organization, you must start with a solid foundation to build and grow upon.

You need a solid, consistent brand message that will help you connect.

And you must maintain that connection with your target audience, so you can properly position the product or service.

Do this, and ultimately, you’ll be able to better understand, manage, and capitalize upon the results from a big, bold stunt, or a more conservative campaign.

Photo by Wojtek Witkowski on Unsplash

Anna Lebedeva is head of growth marketing at SEMrush. She has a passion for digital marketing, new technologies, and media.

View all posts by Anna Lebedeva