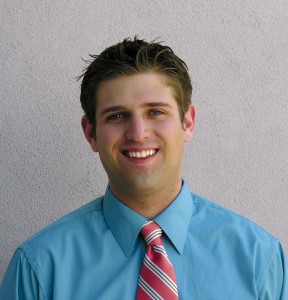 Jonathan Lewis wrote this brilliant piece on Hollywood’s version of Marketing 101. In honor of the Oscars this weekend, we bring to you a special Oscars edition of Spin Sucks, signed your CCO, Lisa Gerber.

He is an account executive at McKee Wallwork Cleveland Advertising and is pretty sure the spinning top never stopped spinning.

Christopher Nolan’s mind-twisting action-thriller wowed movie-goers last summer with a multi-layered plot and relentless action. ‘Inception’ follows Cobb (Leonardo DiCaprio) as he and his team scheme to achieve the impossible; plant an idea inside another person’s dream in the hope that when they awake, they believe the idea is their own.

As I sat in the theater transfixed by dream-inside-dream anti-gravity action, I couldn’t help but think I was sitting through Hollywood’s version of Marketing 101.

Five marketing lessons, good for college credit, are listed below.

Eames: “Listen, if you’re going to perform inception you need imagination.”
Cobb: “Let me ask you something, have you done it before?”
Eames: “We tried it, we got the idea in place but it didn’t take.”
Cobb: “You didn’t plant it deep enough?”
Eames: “Well, it’s not about depth. You need the simplest version of the idea in order for it to grow naturally in the subject’s mind. It’s a very subtle art.”

In a world of complexity and over-stimulation, people don’t have a lot of time for unsolicited messages. In order for an idea to stick, it must first be distilled into its simplest form. As Thomas Friedman famously wrote, “There is nothing wrong with [a] complicated idea… but if you want to convey a complicated thought to a mass audience, you have to first condense it into something digestible and believable. Once you grab someone’s attention, you can pour in the details.”

2. Everyone Brings Baggage to the Relationship

When entering Robert Fischer’s (Cillian Murphy) dream, the last thing Cobb’s team expected to see was a train plowing through traffic and Cobb’s wife repelling from the ceiling. But just like everyone who consumes a marketing message, Cobb was bringing his baggage with him.

Everyone filters marketing messages through the experiences and opinions they’ve accumulated over their lifetime. Understanding your target’s perspective about your category, brand and product is imperative. You may not always like what you learn, but the first step in changing a perception is understanding it.

3. The Role of Emotion

Cobb: “…Subconscious is fueled by emotion, right? Not reason. We need to find a way to translate this into an emotional concept.”
Arthur: “How do you translate a business strategy into an emotion?”

In one swift sentence Arthur (Joseph Gordon-Levitt) condensed the chief problem and chief aim of every marketer.

Similar to Freidman’s quote about complicated ideas, there is nothing wrong with logic and reason. But when one is trying to initially connect the target with the brand, emotion is the shortest, most direct and effective method. Once inside your brand “home,” feel free to point out why you have the most wonderful furniture and decorations. Just remember emotion is what got your guest inside the door in the first place.

4. Always Be Ready to Improvise

Cobb’s team had formulated a brilliant plan to meticulously enter Fischer’s dreams, layer by layer, until they had planted the inception deep in his mind. What they hadn’t planned for were subconscious security forces trained to destroy anyone meddling in his mind.

Twenty years ago, being able to change a campaign direction midstream was almost impossible. But in today’s digital world, not only is it possible, it’s essential. Take TGIF’s “Woody” social media promotion for example. The restaurant offered free food to the first 500,000 people who liked Woody’s fan page, the fake character created for the promotion. When Woody’s page blew past the campaign’s 30-day goal in just 6 days, the marketing team knew they had a problem. Many who liked the page after the 500,000 limit started posting negative comments, complaining about not receiving a coupon and being manipulated by marketers. The team eventually decided, after dozens of client/agency emails and several conference calls, to extend the free giveaway to the first 1 million fans.

Rob Feakins, president of Publicis, New York, summed it up well in Adweek when he said “It was interesting to see how quickly the page turned…With social media and advertising we’re at a collision point. You have zero control when things are good …or when they go south.”

5. The Target Must Think It Was Their Idea

Arthur: “So he gives himself the idea.”
Eames: “Precisely. It’s the only way it will stick. It has to seem self generated.”

No one likes being told what to do or think. Yet every time I turn around I see another marketer trying to do just that. The first step in forming a relationship with your target is connecting them with your brand via emotion. The next step is for the target to take some sort of action, usually involving a “purchase.” That can be anything from buying your product to liking your Facebook page. But for a target to take this next step, they must first find something in it for them. They must feel that even though you are inviting them inside your brand “home,” it was their idea in the first place. For example, you offer a $100 discount, but they need the new dishwasher to make life a little more convenient. You offer free engravings on your Apple products, but they have a really clever message to give to their loved one.

Christopher Nolan’s latest big-budget movie has its fair share of passionate supporters and detractors. And given its layered plot and hour and a half long action scene, having critics is understandable. But for all of the underwhelming entertainment that comes from Hollywood, it’s refreshing to see a mind-bending action romp that feels more like a personified advertising campaign than the latest blockbuster. In the battle for people’s minds, Nolan’s ‘Inception’ provides surprising insight into discussions taking place everyday in conference rooms around the world. And it might just give you an edge in your marketing class too.

Jonathan Lewis is an account executive at McKee Wallwork Cleveland Advertising and is pretty sure the spinning top never stopped spinning.