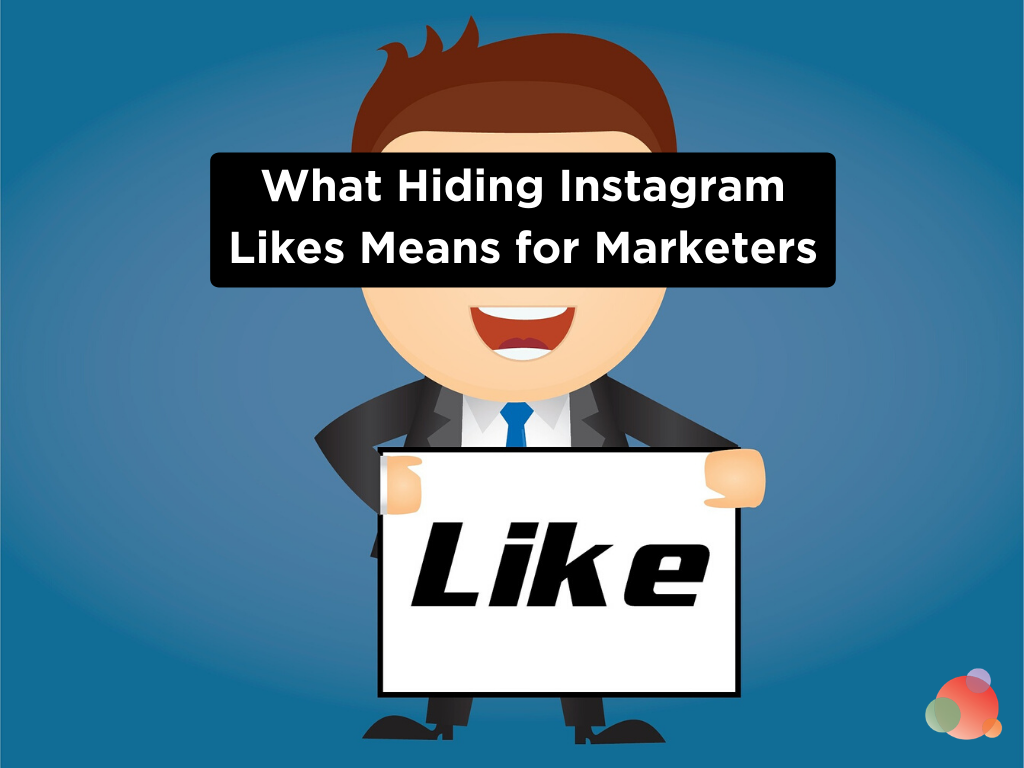 A few years ago, panic ensued when Instagram changed its order of posts, swapping reverse-chronological with a feed based on what users like.

Now, Instagram has slowly begun removing the presence of “likes” on user profiles.

Users can still see the number of likes on their own posts, just not on others’ pictures and videos.

Hiding Instagram likes is the brand’s way of encouraging conversation, not competition.

Whether you’re a celebrity, an influencer, or a business, likes tend to be considered a measurement of popularity, and ultimately, success.

As a living, breathing millennial who can seek validation in other ways, this news didn’t bother me.

From the perspective of a former wannabe influencer, this change made me glad I stopped trying to become “Insta-famous”.

As a digital marketing professional, this news delights me to no end.

The Real Goal of Social Media

Sure, likes signify a type of engagement.

But when it comes to performance, they can be misleading.

Now social media professionals will have a leg to stand on when explaining “it’s not all about the likes.”

As a social media specialist for a women’s athleisure brand, likes never really meant that much to me.

Instead, I focused on sales.

A good social media strategy engages with consumers the way they want to engage.

It doesn’t just beg for likes on the latest leggings post.

In fact, many communicators are still using social media for the wrong reasons—simply for the sake of doing so, as opposed to using it as a marketing tool to achieve goals.

How Influencers are Affected by a Lack of Likes

Influencer relations is top of mind for many communicators.

And Instagram created a better, faster way for brands to become household names.

An instantaneous method of word-of-mouth marketing.

Previously, it was easier to spot fake accounts because of the high number of purchased Instagram likes.

Now, if you’re a marketer that relies on influencers, the platform’s change could make it more difficult to vet who your best option is and avoid fraudulent accounts.

It’s also going to be more difficult to determine what kind of content your audience is enjoying—and more importantly, what they dislike.

And influencers are hardest hit by this change.

After all, their value is often based on the total number of Instagram likes a post gets.

Some influencers are embracing the change and the positive message it’s spreading about mental health awareness.

Others are sweating it out and noticing less engagement from their followers.

And this ultimately pushes them farther down Instagram’s algorithmic feed.

To secure future jobs, influencers will have to move beyond likes and followers to justify free product or their posting fee.

They’re going to have to get more creative with validation metrics.

Am I skewing your metrics?

Since the presence of likes is going away, start paying attention to other user engagement signs like clicks, view-through rates, and swipe-up engagements.

The analytical data which Instagram compiles in the backend of its platform is going to become your best friend.

You can also glean a lot of information from the comments users post.

A little sentiment analysis can go a long way.

Once you’ve figured out what data is going to be most important, consider your overall strategy.

Or in this case, think about engaging micro-influencers.

In the past, it was all about getting Instagram’s latest and greatest influencer.

Now, it’s all about the little guys.

Many marketers have already started to do this.

But a campaign embracing micro-influencers is much more effective than a blanket approach with one influencer who has a million followers.

Instead, micro-influencers are Instagram users with a few thousand followers and a hyper-focused niche market.

Businesses will hire public relations agencies to scout out micro-influencers who are right for a particular campaign.

But you can also find micro-influencers manually by searching relevant hashtags.

You may need to partner with more than one micro-influencer to achieve your business goals.

Doing so can be more affordable than partnering with a single influencer.

According to a study by SocialPubli.com, micro-influencers have seven times more engagement with consumers than influencers with larger audiences.

With more influencers posting content that appeals to them and their audience, your campaign will have more authenticity.

Instagram is just one slice of the shared media pie.

If the Instagram likes change has hit your marketing strategy harder than you thought, look elsewhere for inspiration.

Limiting your influencer outreach to Instagram could be the problem.

Other platforms, such as YouTube, have always had an engaged fan base.

Influencers on YouTube have cultivated their communities by reaching deeper into the world of engagement.

From responding to comments to fielding fan questions in video uploads, and even running contests asking for user-generated content.

If you’ve noticed the disappearance of likes has been affecting your Instagram campaigns, it could mean you aren’t using the right mix.

It might be time to shake up your shared media.

As social media continues to evolve marketers must evolve with it, and reevaluate what’s working for their business on social and what isn’t.

Is your business highly visual?

Instagram is still a viable marketing tool that allows you to engage with your target market.

Right now, it’s not clear whether Instagram’s most recent change will be permanent.

Instagram tweeted they were “actively” considering other ways creators can “communicate value to their partners.”

What do you think about Instagram removing likes? Have you noticed a drop in engagement?

Just a reminder, there’s still time to sign up for the Spin Sucks 30-Day Communications Challenge, which begins on January 2nd.

And be sure to grab your copy of The Communicators Playbook.

Lauren Anderson is a reality television writer who consumes pop culture for breakfast. When she’s not writing, she’s planning another vacation or streaming a horror movie for the podcast Lights, Camera, No.

View all posts by Lauren Anderson