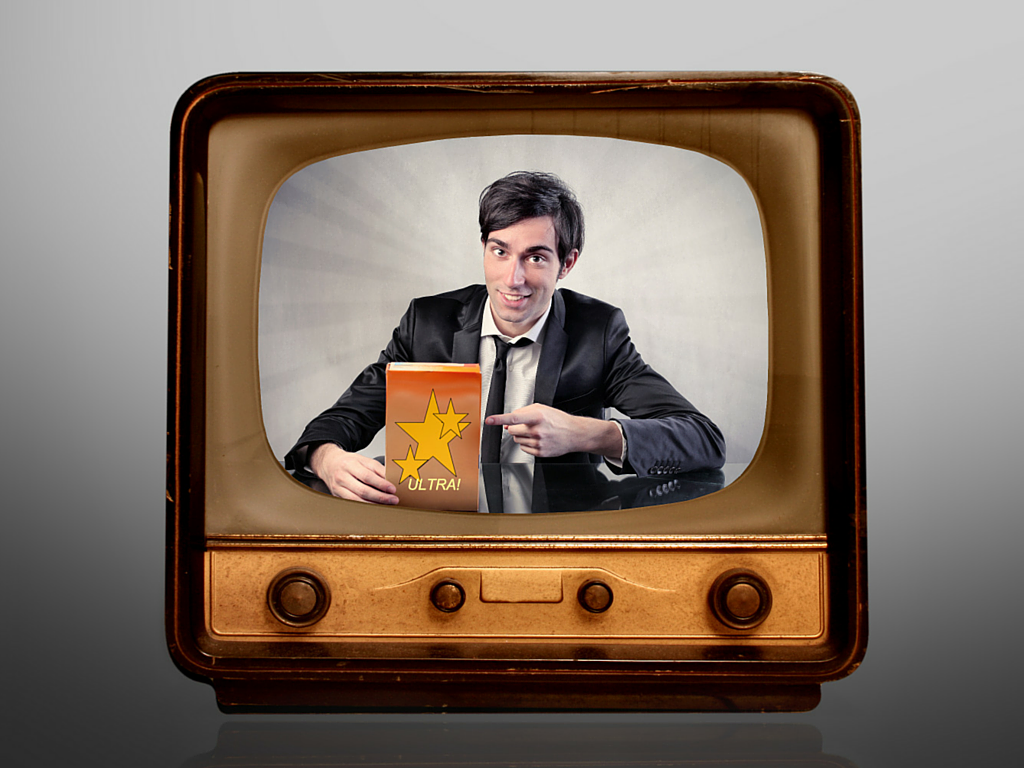 As an especially TV-obsessed child of the 1990s, my earliest interest in marketing and advertising came from the commercials that would interrupt the hours of shows I would find myself glued to.

Culturally, the 90s were a strange time in many ways, and this was absolutely reflected in these advertisements.

While many of these ads seem puzzling in retrospect, by looking back at two of the most quintessentially 90s campaigns actually reveals lots of lessons for marketing today.

I really hadn’t paid attention to Slim Jim’s marketing efforts in quite some time.

To me, they were a mostly forgotten piece of childhood nostalgia—something that barely qualifies as a memory.

Maybe without Slim Jim Guy constantly barraging my senses during every commercial break, with such innovative catchphrases as “eat me!” or even cross-promotion in video games, I had no more reason to store the information in my brain.

Warning: This commercial is the most strangely horrifying thing you’ll see today (like someone from a half remembered dream).

However, after recently being reminded of this dark part of my childhood, I decided to check in on Slim Jim and see what they’re up to on the marketing front these days.

Surely, they have completely abandoned this brand identity and adapted to the times, right? 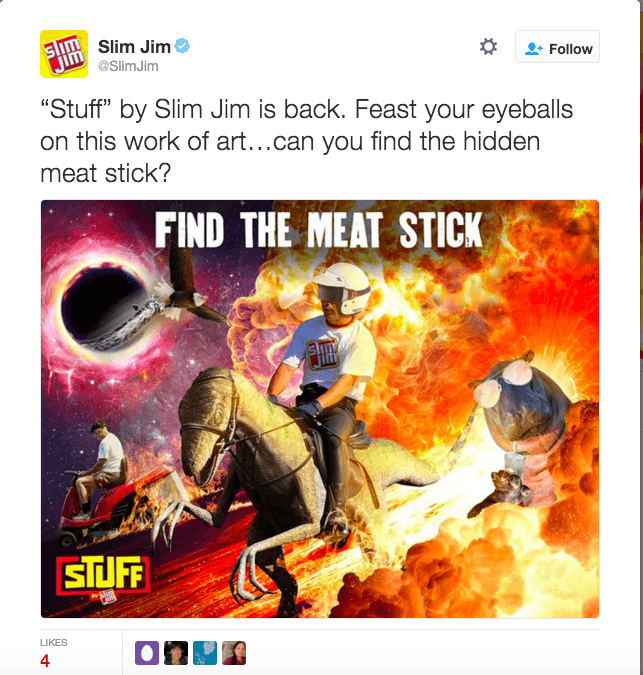 While they have certainly relaxed some of their advertising, Slim Jim still has the same core identity they always had.

It’s strange, random, and feels very dated in many ways, but it is definitively theirs.

Slim Jim has embraced an unsophisticated and immature identity that fits with their product (which is, after all, a stick of meat sold at gas stations).

They have then furthered this identity through their targeted sponsorships and marketing of action sports.

For brand recognition, sports are an incredibly powerful tool, and Slim Jim specifically targeting audiences of things like the WWE and action shows this.

This is something many brands could learn from.

While you shouldn’t hold on to things of the past that no longer work, you also shouldn’t be quick to abandon ship on all the work you’ve already done to establish your brand identity.

Sometimes, an ad campaign takes on a life of its own and ends up being bigger culturally than the actual brand or product that it is marketing.

These are the types of campaigns that you find yourself thinking about years after the last ads aired.

From 1997-2000, it seemed impossible for me to walk more than 100 feet at school without hearing a classmate badly imitate one of these.

The Taco Bell Chihuahua, and its catchphrases, became a massive part of pop culture during the campaign’s run.

“¡Yo quiero Taco Bell!” spawned countless parodies and references, and “Drop the Chalupa!” even became a regular catchphrase on Sports Center.

There was even a crossover promotion ad with 1998’s much-hyped, but utterly disastrous film, Godzilla, (which, looking back, is probably the most 1998 thing ever).

However, all this popularity and cultural relevance did not necessarily equate to long-term success.

After nearly three years and $500 million, Taco Bell ended their Chihuahua ads in 2000 after seeing a six percent decline in sales in a single quarter.

This should be a lesson to brands that continual market research is an incredibly important tool, and should be seen as an essential part of your marketing efforts.

While the Chihuahua was incredibly popular for a time, the sharp decline of Taco Bell sales shows social popularity does not necessarily equate long-term success.

Even if a campaign is successful, it’s essential to continue researching its performance and shifting gears if something is no longer working.

The Chihuahua ads also caused Taco Bell other issues that could have been easily avoided if they had put more time and money into research before hitching their marketing wagon to them.

The ads were seen by some as an insulting Hispanic stereotype, and the cancellation of the ad campaign was reportedly influenced by pressure from Hispanic advocacy groups.

This would have been an incredibly easy issue to avoid had Taco Bell simply put greater effort into demographic research to see if they were possibly crossing any lines into offensive territory.

The time and money spent to avoid offending potential customers more than pays for itself both in actual sales of retaining customers you would have possibly lost, as well as repairing bad publicity after the fact.

Even after the ads ceased, they continued to cause problems for Taco Bell.

In 2003, they lost a total of $42 million in a lawsuit brought by the men who created the mascot, but were never paid for their work.

If you do the necessary research into an idea, and you believe it is worth moving forward with, then you should be confident enough in it to give credit where it is due and not steal ideas.

All of these issues really come back to research.

If Taco Bell didn’t have an excuse for not doing enough research back then, then this is even more true for brands now.

With the incredibly vast amount of data, as well as innovative new tools like virtual reality constantly becoming available to conduct research, doing your due diligence is absolutely necessary.