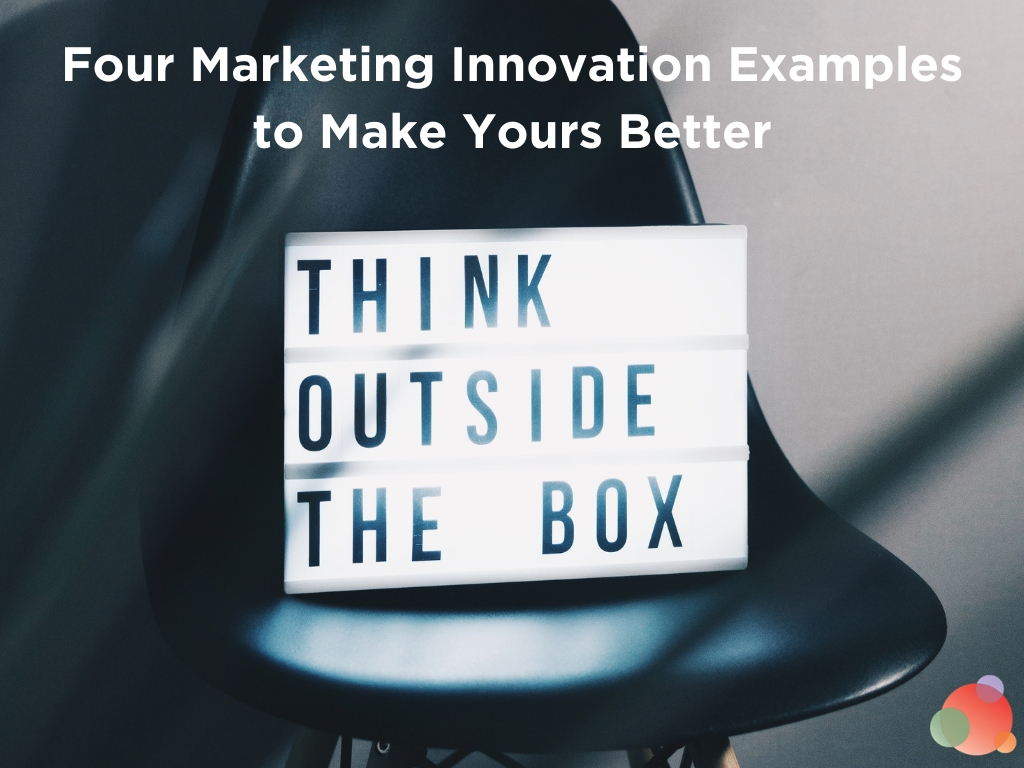 Most days, you’re doing three jobs at once, and your staff is fantastic.

You are under constant pressure to make more money for your organization, create more with less, and moving mountains is always on the weekly “to-do.”

But how can you do that when you’re already stretched to the max?

By weaving some failure into your organization’s culture, that’s how.

Sounds counterintuitive, trite, and all sorts of buzzy doesn’t it?

But, hear me out.

Building a culture that doesn’t frown on failure can power the much-needed turbo boost expected of you.

Trying new things and iterating through wins and losses can help you learn, stay on top of trends, and build long-term employee loyalty thanks to their newfound freedom to experiment.

Even when you fail, you succeed. That’s because you can check a lesson-learned off of the list.

Before you can educate your team about the joys of failure, people need to know you’re serious.

When you tell people it’s okay to fail, they eye you with distrust.

But, I’ll share four practical examples of how businesses can weave in marketing innovation and plan for failure.

In these examples, you’ll see what they did and how you might replicate the process in your marketing.

It may not be your first inclination to look to the medical world when searching for applicable marketing innovation lessons.

Founded in 2000, the aim of Cleveland Clinic Innovations (CCI) is to “transform the way technology is transferred from an academic institution to market.”

That statement is powerfully humble in light of the achievements of CCI in its less-than-20-year history: more than 3,400 inventions, 450 licenses, 800 issued patents, and 40 active spin-offs across disciplines including Medical Devices, Health IT, and Therapeutics & Diagnostics.

So how do they do it?

CCI distinguishes itself from other mission-driven organizations by putting processes in place to enable, encourage, and vigorously protect innovation.

Effective process is the singular asset that differentiates a creative institution from an innovative one.

CCI maintains a team of subject matter experts and former medical industry leaders to put each project through the INVENT® process.

The process includes recognition of need, IP protection, engineering and development, prototyping, transaction, manufacturing, and returning the product to practice—to serve the need that was originally recognized.

Cleveland Clinic Innovations perfectly demonstrates that, when it comes to creativity, thinking and innovation matter little if they aren’t supported by end-to-end infrastructure (to keep them from derailing along the way).

Having a clear problem to solve, and closing the loop by delivering the solution to those who need it, are what differentiate true marketing innovation from fanciful thinking.

What Can Marketers Learn from CCI?

Maybe it’s time to implement your own version of the INVENT process.

Reward employees for looking out for needs or pains that arise from their everyday work.

Perhaps it’s a campaign issue, or a workflow disconnect, whatever is keeping your organization from being its best.

Compile that list of ideas in a public area and vote on ideas you want to try.

Work as a team to ideate ways to resolve the issue. Try it in a safe environment, extend the trial in a real environment, and measure the results.

For years, many Silicon Valley organizations have been guided by the mantra, “Fail fast, fail often.”

The Facebook motto was “Move fast and break things,” until they revised it to the slightly more cautious “move fast with stable infrastructure” in 2014.

Looking to Facebook as an example of marking innovation is done with mixed feelings. There’s no question their approach resulted in a tremendous amount of success.

They have their own server technology and languages for development.

In terms of internal capabilities and a culture of marketing innovation, they are unquestionably admirable.

Buuuut…in light of the many scandals they have faced around data privacy and psychological experiments, is it still permissible for a non-evil person or entity to say they look to Facebook’s approach for applicable lessons?

It’s known that happiness ties directly to relationships you have in your life. And Facebook exists to facilitate robustness and connection in relationships (not to run secret experiments on people and mess with their emotions).

Facebook’s scandals have damaged its public perception, and it paid for that damage in real money this year.

They failed to heed the immortal wisdom of Dr. Ian Malcolm (played by Jeff Goldblum) in Jurassic Park:

Your scientists were so preoccupied with whether or not they could; they didn’t stop to think if they should.

The important lesson to take from Facebook is not about its lightning-fast marketing innovation or technical prowess, but about the importance of finding your company’s North Star— its reason for being—and staying true to that.

Don’t let a lust for quarterly gains, a desire to innovate, or even overpowering curiosity lure you into breaking your consumer trust by going against your principles.

Aside from keeping up with the pesky ad platform changes, marketers can use takeaways from the issues Facebook has encountered around integrity.

As you build failure machines that test and break your own assumptions, ensure you have an integrity gauge that dares to ask “should we do this?” about even the most profitable ideas.

Make sure you are following core values that keep the customer in mind.

Maybe you don’t have a core value to help guide you.  And if not, take a page from the medical field by using the Hippocratic oath as guidance to “first, do no harm.”

You didn’t think we were going to get out of here without talking about Google, did you?

I hope not, because Google could probably impart more lessons than we have space for in a single article.

This lesson I’ll share is my favorite because it’s one every organization can apply without extra budget or resources.

Project Aristotle, the two-year-long study undertaken by Google to understand what makes a high-performing team, turned the conventional notion of “hire the smartest people, and they’ll perform the best!” on its head.

The project analyzed hundreds of attributes across nearly 200 internal teams. And, they were unable to pinpoint any common combinations of traits among high performers.

That is until they stopped looking at who was on the team and began watching how the teams interacted (a perfect example of turning failure into iteration).

Consequently, the highest-performing teams had two things in common.

One, their members all got relatively equal “air time” in meetings (rather than the conversation being dominated by an individual or small group). And two, every team member was skilled at reading the faces and other non-verbal signals of the others.

From this, they were able to conclude the following five traits are vital to maintaining the proper environment for these teams:

The emotional intelligence of team members can drastically affect cohesiveness and performance; fostering honesty, empathy, and vulnerability within the team.

This set of traits allows the team to elevate each member and helps them perform at a level greater than the sum of its parts.

What Can Marketers Learn from this Project?

Experiment with team configurations to achieve the perfect balance of emotional intelligence.

And don’t only think about employees, but temporary workforces too, like part-time and full-time contractors. These folks influence everyday work and can help or hinder good team dynamics.

OK, OK. One of these names is not like the others.

But what company founder worth their salt wouldn’t want to share a strategy their team, and clients, are using to succeed?

Recently, I wrote about “failing right” and building a culture of marketing innovation, even in resistant environments.

I spoke about embracing failure as a necessary step in creating an environment where no idea is too crazy for consideration.

I’ll use my team’s process as an example of how the smaller companies of the world can use modest processes to deliver value. The basics of it go like this:

Is this rocket science? Maybe not, but you’d be hard-pressed to overstate how much it matters to our clients. They can see we’re taking a proactive interest in things that matter to them and their bottom line.

Furthermore, it keeps us out of a place of reactivity and allows us to stay ahead of their challenges.

What I hope you take from this example is this: small gestures and simple processes can make a big difference.

What Can Marketers Learn from This?

Consider what would happen if you put your stakeholder’s wins at the core of your marketing innovation.

Shake off the feeling of being a sycophant and start building a library of ideas which show you have their success at the heart of what you do.

When it comes to learning about failure and marketing innovation, there are examples all around us.

Do you remember the road trip game “slug bug” where you got to punch your sibling every time you saw a VW Bug on the road?

You may not have noticed how many there were on the road until you were in danger of being punched when they drove past.

For this reason, it’s likely you began noticing them everywhere.

That’s how examples of innovation and failure work, too.

Once you train yourself to keep an eye on systems to test risk and lessons learned from failure, you won’t be able to unsee them.

Your team, department, and whole organization will be better off for your bravery in the face of the status quo.

Photo by Nikita Kachanovsky on Unsplash

Jesse Fowl believes that at its core, marketing is about crafting experiences that evoke emotions - good, bad, or otherwise. As the managing director and lead strategist at Solomon, he is an expert in turning customer-centered design into reality, enabled by his team's mastery of technology and data-driven insight. Jesse began his career at nineteen as an engineer in Silicon Valley. After the tech bust he began managing marketing IT systems of high-profile casinos in Las Vegas, where he focused on Loyalty Marketing and learned about the power of hospitality-driven and experiential relationship sales. Jesse spent time in the world of Big 4 consulting, managing enterprise marketing projects for Fortune 5 finance and high tech clients, before founding Solomon Solutions in 2014 and growing it into a multimillion dollar global martech disrupter. Jesse lives with his family in the Pacific Northwest, where he enjoys fly fishing and BASE jumping from live volcanoes.

View all posts by Jesse Fowl