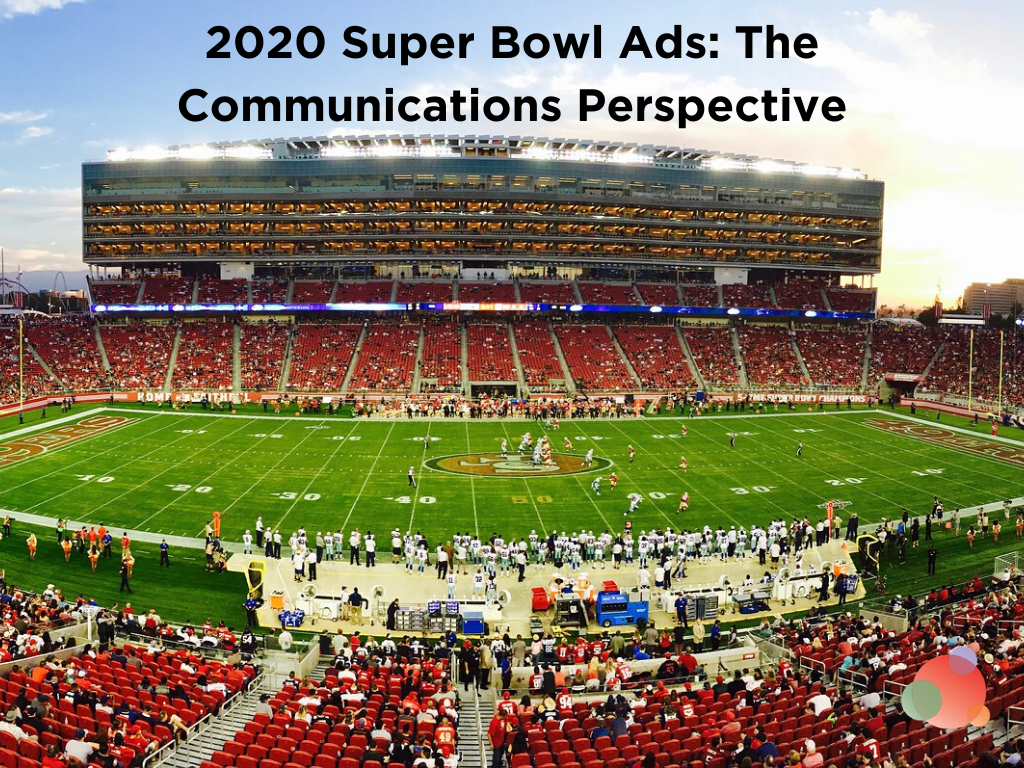 I love football and I love the Super Bowl.

Even if my team doesn’t play.

The sports lover in me comes for the football.

The communicator in me is intrigued by the ads.

So obviously this week we asked our community their thoughts on the winners, losers, and what-the-heckers of this year’s Super Bowl ads.

You can see all the Super Bowl Ads HERE for reference.

Just because one baby character is a hit, doesn’t mean people have room in their hearts for more.

It doesn’t work that way.

It’s not like Baby Yoda gave everyone baby fever and so now all the baby things are in high demand. No.

Baby Yoda is in demand and why would you want #babynut when you could have Baby Yoda.

Travis Claytor: “Is #babynut the best hashtag they could come up with for the campaign? Just sayin’…”

Also, did no one—not one person—in that creative meeting have the same 13-year old sense of humor I do and ponder about all the jokes #babynut hashtag might provoke?

Because if so, I’m sad for those folks.

What I DO appreciate about this Super Bowl ad is the great job with cross-brand and cross channel engagement in a very PESO model-esque effort.

From Mr. Clean to Kool-Aid Man, the way they looped in a lot of storylines made it feel very all-encompassing and collaborative.

But then Planters decided to go all spammy on us, and recently got cracked down on by Twitter for creating accounts that violated its rule against accounts that “artificially amplify or suppress information or engage in behavior that manipulates or disrupts people’s experience on Twitter.”

Basically, they created a bunch of sister accounts to amplify content and promote endless #BabyNut memes.

It’s like they wanted to do the Game of Thrones transmedia thing but failed, and so then they just tried to do the Star Wars Baby Yoda thing.

Overall, this was a commercial ad geeks break apart and go nutty for (get it? nutty!) but probably falls short for consumers.

Maybe millions of people went to the store Monday morning as a tribute to Baby Nut, and Planters were cleaned out of grocery stores nationwide.

Regardless, it will be interesting to see what’s next for the #BabyNut.

The Google Super Bowl ad was this year’s most controversial spot.

Google’s ‘how to not forget’ ad was the winner in terms of sheer emotionality. I was sitting in a sports bar and the ad made the crowd go quiet…then more than a few fans were seen wiping away a tear.

I hated the Google ad. Effective emotional storytelling, but they just want more people to give them more information that they can monetize.

And many of us, like Gini Dietrich, loved to hate it or hated to love it, or just didn’t know what to do with our feelings:

The Google ad made me cry. I do not want to cry watching a commercial!

Which raises the question: Do you really want to make people cry during the Super Bowl?

What happened to the good old days of  “I’m going to Disney World!”

Emotional Storytelling for the Right Reasons?

Emotional storytelling only works if it feels authentic.

The big struggle with the Google Ad is, while it tugs a heartstring (win), it also made people question their intentions (fail).

Sandy Malloy found it to be more emotional manipulation than emotional storytelling:

I’m one of the few who found the Google ad kind of creepy instead of tear-jerking. Maybe it’s the fact that tech has a record of being condescending, at best, to older people and now they’re getting all sentimental about grandpa? Or the fact that they hint at memory loss and Google making things all better? (Nice try.) Someone who writes for The Athletic had a funny crack about the most sentimental part being where they share your data with advertisers…So I guess I am not alone in my hard-heartedness. I was much more moved by Katie Sowers’ ad for Microsoft because it seemed so real, and truly inspiring.

Many others echoed this feeling. And Tori Herbert asked an interesting and important question:

Would it have been better if the Alzheimers Association did something like this? I really don’t know.

Because the storyteller does matter in storytelling.

And so does context.

Last note on this.

I also wonder if your suspicion around this commercial mattered based on your generation.

Based on our comfort levels with the data-sharing economy?

Which is something to think about across the board.

Beer Super Bowl ads always loom large and this year was no different.

And for good reason.

The Super Bowl is a beer-drinking occasion.

Last year Super Bowl beer sales were actually down a bit: a measly  $1.2 billion spent in the two weeks leading up to big game.

But that still nearly doubled those of wine ($652 million) and spirits ($568 million) in the same period (even though sales of these beverages also increase leading up to the game).

I thought the Michelob Ultra Pure spot with its promotional overlay of converting six square feet of land to organic farmland for every six-pack sold was the smartest execution of the day.

Traditional lager sales are down 4.5% and falling, thanks in large part to the changing tastes and healthier eating and drinking habits of adults under 30. ABInbev gave younger beer drinkers a reason to return to a non-craft beer, while helping a cause for which they are passionate.

Smart move.  But I still would have loved to have seen a great Clydesdales spot in the AB mix as well.  🙂

And because we are all about integration here, it’s important to note that upfront and prominent on the ABInBev website is a panel about their efforts toward sustainability.

And on the Michelob Ultra site, there is an impact counter.

It also scored them earned media in a variety of places.

Everything from AgriNews to U.S. News and World Report was talking about the six for six-pack campaign post-Super Bowl.

Katie Robbert appreciated the St. Archer Gold commercial with professional skateboarder Paul Rodriguez, who whistles “Patience” as he skates from store to store.

But thought it was “risky in the event people don’t get the reference.”

Obviously, St. Archer’s ideal client is a Guns N’ Roses fan and they are owning that buyer persona full out.

Is CSR the New Black?

Following Michelob on the CSR route was WeatherTech, whose entire commercial was to ask for donations for research efforts for canine cancer.

My dog son has been fighting cancer so this one did make me cry.

But from an academic standpoint, I found it interesting that the sole aim of the commercial was for donations.

Not even the sales=good tactic of Michelob and other brands.

Did this make me go right to the WeatherTech website and see if there was anything I needed to buy from this company that cares about dogs?

You bet it did.

And I’m not alone. Around 75% of consumers report making purchase decisions based on a company’s CSR and/or brand values.

Who knows if WeatherTech’s investment in this type of Super Bowl ad will provide an equal return on investment?

But it today’s world, companies that put dollars and actions vs. just words behind CSR get noticed.

Many people noticed that Fox used the Super Bowl for its own infomercial.

It seemed like there was a LOT of air time dedicated to Fox’s own shows…typical? Hard to sell the ad space? It was just noticeable.

So the question is: Did Fox make a calculated decision that pushing their shows was more valuable than selling ad space? Or did they not sell ad space so they pushed their shows?

The answer is the former: In fact, Fox sold out before the end of November with prices as high as $5.6 million for a 30-second commercial.

Fox added 2.5 minutes of commercial time for Super Bowl ads because demand was so big.

This represents a 5.5% increase over last year.

Most data shows that while television ads have lost their luster in many genres, they still serve as a powerful force in live sports.

Fox’s goal was to get people to come back after the Super Bowl, specifically the 18-49 year old demographic.

Sherrilynne Starkie complained about the Super Bowl ads up north:

Up here in Canada we got boring car ads. A few Tim Horton’s ads too, also boring. #jealous.

Which Brand Scored Big in Your Mind?

What did you think about this year’s Superbowl ads? Did you laugh? Cry?

Were you on the edge of your seat? Entertained?

Which commercial did you feel was the big winner?

We’re punting this over to you, so you can share your thoughts in the comments below.

Or join our free Spin Sucks Community and participate there!

(oh….and here’s what AI would do differently.)

Image by Pexels from Pixabay