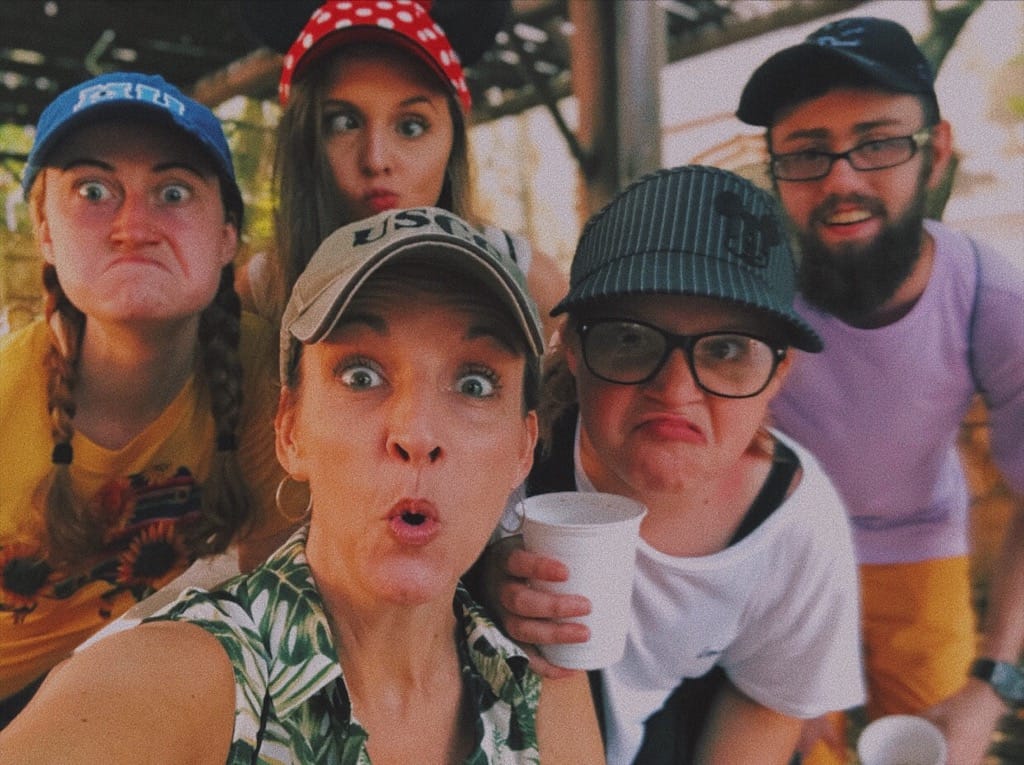 Today we talk to Carrie Wilkerson about how she’s coping during a pandemic. Check back every Friday to learn about a new  communicator and how they’re coping during this crazy time.

I’ve jokingly said I was a hot mess for a long while now…but we are next level hot mess-ness these days!

And truthfully… I almost declined when Gini emailed me about this, because while I’m all about joy and optimism, personal choices, and thriving (my hashtag is even grit-based #CarrieOn)… this has been a painful season in so many ways.

I love working at home. I actually wrote the book on it almost a decade ago and I’m in my 21st year of remote-work.

However…juggling a spouse full-time working at home (for an employer) plus two teens doing school at home (not by choice) is an entirely different situation than choosing to work at home and create your own schedule.

Fortunately, this wasn’t a huge shift on our parts and the teens self-managed fairly well.

We had lots of losses during this time, like everyone else…so we had some great conversations about perspective and grief and coping.

The working at home has gone okay, the income has not.

As someone who holds live events and keynotes… that income vaporized starting slowly in January/February and then BAM!! Altogether in March.

The hard thing about the keynote industry is that not only did speakers go to ‘income zero’,  many of them went into negative income because of deposits or retainers they had to refund based on gigs that canceled indefinitely.

I also do coaching and consulting, so the rational mind likely thinks we would just pivot there.

However, my audience is 100% small business owners.  And what we saw happen in late March/early April is paralysis and fear.

Even if they were still serving clients, small business owners acted, reacted, and were proactive in freezing spending, canceling, and re-margining their budgets.

I have zero blame or self-pity here. It’s just reality.

I’ve done a few virtual speaking sessions since the shutdown and have a consulting contract or two I’m working with, but we are realistically talking about a 90% reduction in predictable revenue.

I’m an introvert (true story) and so staying at home isn’t that difficult for me.

Remember that I’ve been leveraging video tech for a very long time.

However, when I do want social interaction, I love to entertain and have lots of humans over.

I do miss the ritual and connection of my Sunday mornings and my church family.

We’ve been meeting online, but it’s not quite the same as corporate gathering.

We have creatively celebrated our 28th anniversary and three family birthdays: one via a zoom meet-up (don’t have folks sing, trust me), one with a drive-by parade, and one with a backyard socially distanced crew, once guidelines shifted a little.

We have attended countless weddings and gift showers on Facebook Live, done lots of drive-by graduation partie,s and had several parking lot or drive-in movie ‘meet ups’ where everyone is respectful and apart!

That has helped a little, but on ‘weary’ days, it just feels like a lot of work and trying too hard.

I have two adult kids in addition to the two teenagers still living at home.

My 25-year-old son is in an independent living situation for special needs adults about two hours away.

They have similar rules from the Department of Health as nursing homes and sometimes childcare facilities.

We got a call mid-March that his suitemate (they share a bathroom) was hospitalized for COVID.

They had shared the bathroom and living space while he was symptomatic.

So, my special needs young man was quarantined for 14 days minimum while they tried to evaluate the health and safety of the facility.

Our hands were tied.

We jumped in the car to immediately take several bags and boxes of new puzzles, movies, video games, his favorite snacks, and a disposable cell phone so he wouldn’t be lonely confined to his room.

(His packages barely made it in. Two days later they quit accepting deliveries!)

Because of how the virus swept through their community, restrictions have just now been lifted as of mid-June where we can go see him for a visit.

If we choose to remove him from campus, he is required to mask around others and he will re-enter quarantine when he returns to his apartment.

There was something particularly helpless about not being able to scoop up my boy and help him understand all the scenarios.

His brain doesn’t work the same as a neuro-typical 25-year-old and that was tough for my momma heart and for all of his sisters.

We texted and talked a lot. But there was no silver lining for that situation.

My adult daughter was engaged in early March so her ‘pause’ has been about virtual wedding planning and lots of texts and FaceTimes.

We didn’t get to do in-person dress fittings or tastings or even look at her book together during the shutdown because her roommates are both ‘essential’ and were working with the public during that time.

Being apart from my parents and my adult kids for months at a time… well, that’s just really hard to fathom and explain.

I know others have it worse during deployment (my dad was military, too) and cross country situations, but it was a radical shift for us.

The great news is that everyone is now up to speed on the Duo app, FaceTime, Zoom, and all the virtual things we can do.

And I’d like to also think that everyone now realizes how much we took our time together for granted.

My three brothers have been rockstars about calling to check on me, video calling my parents, and staying engaged.

Honestly, it’s been really sweet to see these big lugs step up.

Something I realized early on was that we needed some sort of schedule and some way to serve.

Before you throw rocks at me, trust me, I’m not ‘that’ mom.

My kids haven’t slept on a normal schedule or had restricted screen time in months.

But every Wednesday, my new 16-year-old and I would schedule a time to go grab lunch (drive through), do some purposeful driving (so she could test for her license when DPS reopened), and deliver some ‘happies’ to other folks.

We chose to focus on three graduating seniors that we ‘adopted’ who were missing out on so many other things than we were.

Then we rotated through some friends we’d drop off slushies or cookies or just notes to.

Once a week, we had one-on-one time, a scheduled drive time, an escape from the house, AND she was forced to look through the lens of other kids that had so many cancels and delays in their senior year.

Thursdays was younger sister’s turn and she’d make some cards the night before and we’d do little candy/goodie bags to drive and drop.

Same scenario, we’d grab lunch, have our one-on-one time, and then drive to drop on porches and text them as we drove away.

Sometimes we added in a single friend or a widow or a family we knew had little bitties that had been cooped up.

We are not saints, but I could see that it was helpful for them to focus on someone else’s situation for a little bit in order to be less sad about our own.

We did not set lofty stay-at-home goals.

We had our share of purging and cleaning and projects, but we didn’t work out faithfully or learn any new languages.

I loosened up my expectations on the kids as far as screen times and bedtimes—and even nutrition.

Sorry academia, I’m a former teacher, but our goals were completion, not competition, for this last sprint to finish.

I was more focused on the kids feeding their creativity through cooking, family games, drawing, and music.

We will step up the academic expectations when a new year starts.

Quite frankly, we had a perfect storm of teenage girls plus perimenopause and pandemic all swirling at once.

And if you’ve been in ANY combination of those things, you know that this could be a book, not just a post.

I hope when my family looks back on this time, we are able to remember that we played endless board games, cooked hip-to-hip for so many meals, waded through decades of photos in boxes, and popped in on neighbors and friends with slushies, candy bags, and hand-lettered notes of encouragement.