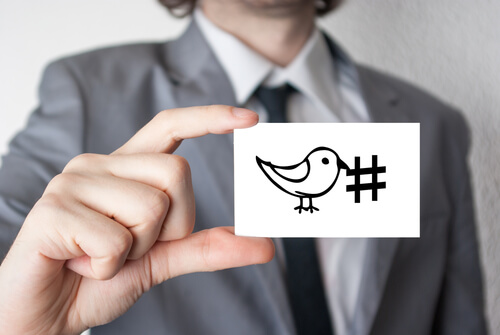 A few years ago, I got in a major debate with some of my senior leadership team.

You see, we were growing like an out-of-control weed and, true to my nature, we had big plans to grow even faster. But we were stuck. We couldn’t grow as quickly as I wanted without doing something pretty drastic.

Our managing director suggested we start doing our own PR.

I remember the debate well. Really well, in fact. Probably because I was wrong.

She had suggested we do our own PR. I remember her saying, “Clients read PRWeek and other trade magazines. They want to work with agencies that are featured in those places.”

I pushed back and said our job wasn’t to do our own PR and I certainly didn’t want clients to think we were so busy promoting ourselves that we’d forgotten about them.

But her point was that we wouldn’t have any clients if no one knew who we were.

How Can You Know Without Trying?

Kind of crazy to think about now, isn’t it?

I mean, would you ever recommend an organization not do PR in favor of focusing on doing the work?

Talk about a crazy, backwards way of thinking.

I clearly changed my mind and we set out to change the way we were bringing in new business—and doing our own PR was part of it.

Now our mantra is that we never suggest anything to a client we haven’t tried ourselves: Blogging, email marketing, lead generation, content creation, paid media, or social media.

We try it all first and take our learnings and apply them to that of our clients.

A few weeks ago, a client asked if we should try Twitter Lead Generation Cards for their business.

She’d read Giles Thomas’s guest post on how to build your email database and thought we should try it on them.

I agreed it’d probably be a good thing for them, but asked for a couple of months to let us try it on Spin Sucks first.

I mean, why wouldn’t you want your agency to test things out before spending your money? Particularly when technology changes so quickly that you have to try new things, but do so in as risk-free environment as possible.

Working with an agency that is constantly testing new tools seems like a really good idea.

This very reason—and the fact that social media has helped me grow this business in ways I never could before 2007—was why I laughed out loud when I read, “PR Agency Leads Should Only Follow On Twitter.”

(I’m not providing a link because I don’t want to give the story any SEO juice, but it’s pretty easy to find if you want to read it.)

You see the author, a lead at a very well-known firm, thinks those of us who run agencies should only follow people on Twitter—not engage, respond, or even tweet.

This is what she says:

Don’t get me wrong: I believe wholeheartedly in clients and influencers using Twitter to get the word out. But what I can’t for the life of me wrap my head around is why anyone in an agency — especially those working in PR, whose core responsibility is to help clients protect and amplify their brand voice — believes they should be out front adding their two cents proactively or using it as a publicity engine for their own means.

I can give you about 60,000 reasons anyone in an agency should be out front adding their own two cents proactively or using it as a publicity engine for their own means:

Yes, we must still pay attention to the traditional tactics, but the world is changing and expecting that you don’t have to participate to stay in business is really short-sighted.

If we were having this argument in 2009, I’d understand it (in fact, I did have this argument with Steve Strauss at USA Today in 2009).

Our job is to understand, intimately, how the tools work so we can do the very best job for our clients.

If you don’t use them, you may understand them at a very high level, but you will never understand them well enough to react quickly to a negative situation, to use them to grow a business, or to show a real return-on-investment.